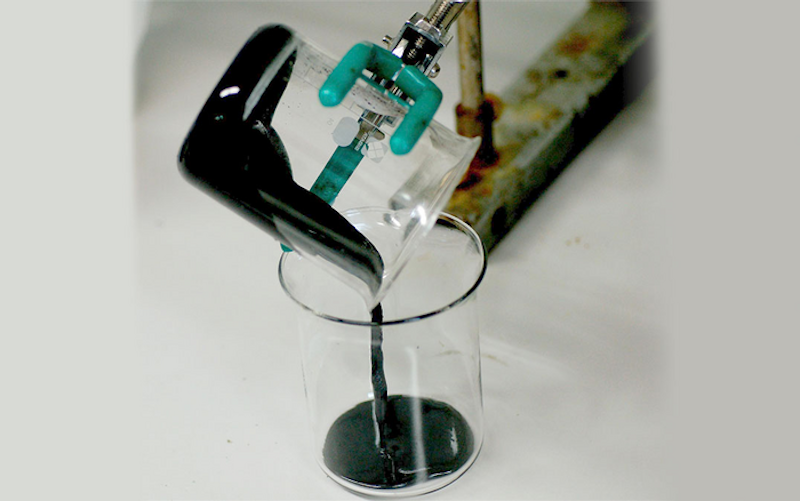 Medical devices, cars, and many advanced technologies contain innumerable delicate components that are held together by electrically conductive polymers, such as polyaniline. For several decades, synthesis of polyaniline for industrial electronics applications has faced a major limitation: what solvent best facilitates synthesis? This abstract question is important for minimizing the cost and complexity of polyaniline production and facilitating useful properties such as shaping. The ability to use a range of cheap, low-boiling-point solvents would greatly assist versatile polymer processing modes such as inkjet printing, but had remained elusive until now.
In a study recently published in Polymer-Plastics Technology and Materials, researchers from the University of Tsukuba and collaborating partners have synthesized polyaniline in various common solvents. This improved ability to synthesize and process polyaniline will greatly simplify production and lower manufacturing costs. For further information see the IDTechEx report on Conductive Ink Markets 2020-2030: Forecasts, Technologies, Players.
"Polyaniline is an extremely versatile polymer in routine and advanced technologies, but restrictions on which solvents can be used for synthesis have long hindered this versatility," explains Professor Hiromasa Goto, senior author. "Our discovery of how to facilitate polymerization in diverse solvents will be useful in basic research and industrial applications."
The researchers produced polyaniline from aniline sulfate in a single step when they added a small quantity of iodine to the reaction mixture. Many solvents were compatible with this procedure, including nontoxic ethanol as well as dichloromethane. Extensive instrumental characterizations demonstrated that the polyaniline produced by this method exhibited the crystallinity and electrical properties as if it had been prepared by conventional methods.
"A particularly exciting result is the ease of preparing industrially useful polymer alloys, such as blends with polystyrene or cellulose derivatives," says Professor Goto. "Electrically conductive paint, advanced rubber blends, and other materials are now straightforward to prepare, which we expect will facilitate product development in diverse fields."
What is it about the added iodine that facilitates polyaniline production? The researchers propose that iodine is an electron-acceptor dopant that facilitates production of localized polarons, which is critical to the subsequent polymerization by radical chain reactions.
The results of this study will help make polyaniline more compatible with inkjet printing and other useful processing technologies, and thus simplify production of printed circuit boards and other common components of modern electronics. By focusing on the rather abstract topic of solvent compatibility, many routine and advanced technologies will be easier to make at lower cost.
Source and top image: University of Tsukuba