Solar panels often get a bad rap for spoiling the appearance of homes and businesses. Yet, this may be about to change. A research group has fabricated a highly transparent solar cell with a 2D atomic sheet. These near-invisible solar cells achieved an average visible transparency of 79%, meaning they can, in theory, be placed everywhere - building windows, the front panel of cars, and even human skin.
Scientists have long sought to develop transparent solar cells, but the suitable materials have not existed thus far. To make the solar cell, the team controlled the contact barriers between indium tin oxide (ITO), one of the most widely used transparent conducting oxides, and a monolayer tungsten disulfide. They coated various thin metals onto the ITO and inserted a thin layer of Tungsten Oxide between the coated ITO and the tungsten disulfide. For further information see the IDTechEx report on Transparent Electronics Materials, Markets 2021-2041.
"The way in which we formed the solar cell resulted in a power conversion efficiency over 1000 times that of a device using a normal ITO electrode," pointed out Toshiaki Kato, corresponding author of the paper and associate professor at Tohoku University's Graduate School of Engineering.
The group's efforts did not stop there. They also explored how their solar cell can be expanded for use in an actual solar panel.
"We discovered the appropriate design modifications needed to avoid an unexpected voltage drop that accompanies increasing the device area," said Kato. 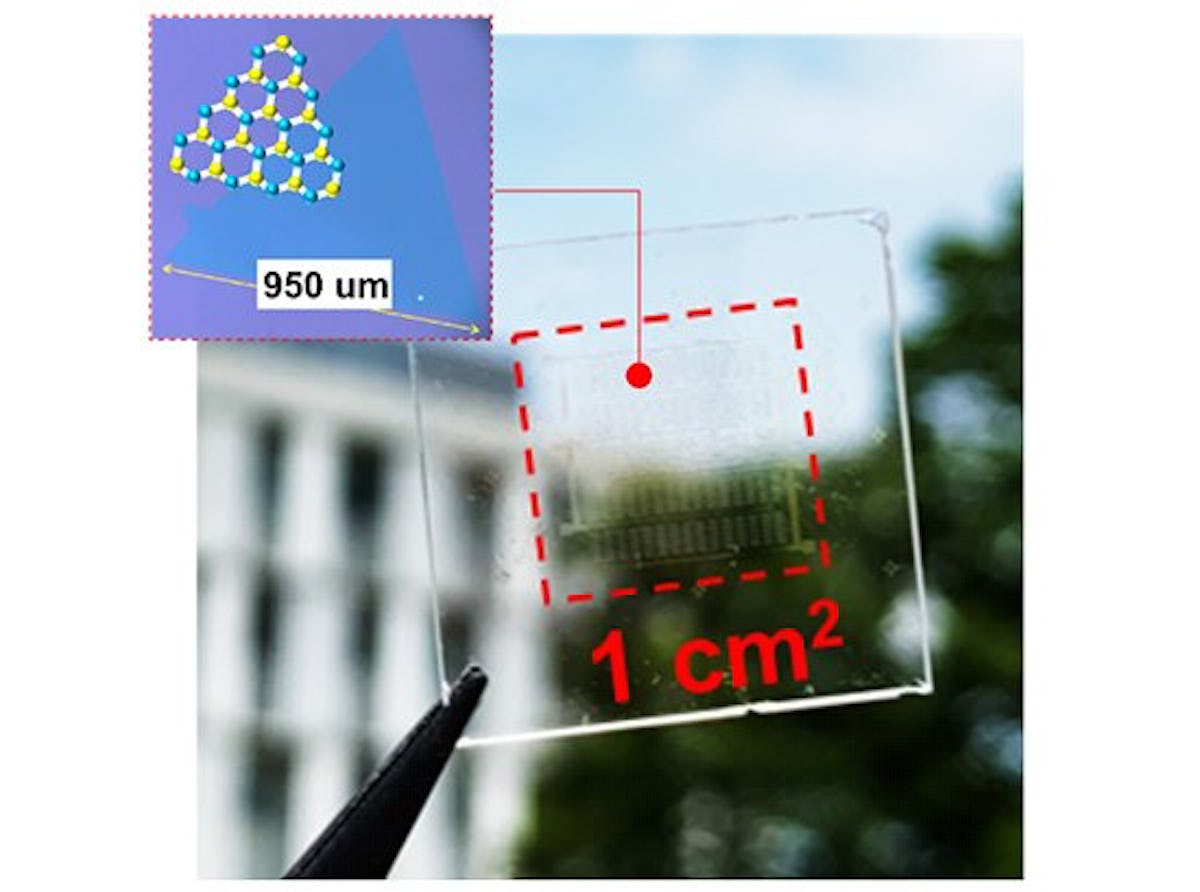