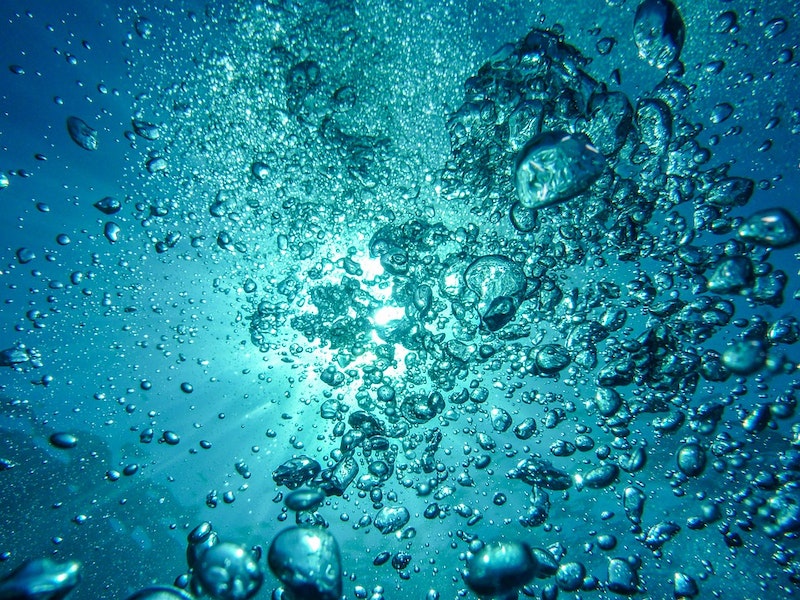 In her research on bone tissue engineering, Dr. Marta Cerruti has worked for years with graphene, a single sheet of carbon atoms with incredible properties - electrical conductivity and the ability to support tremendous weight. Now, her quest to improve its qualities has opened the door to a possible solution to one of the challenges of producing hydrogen from seawater.
Cerruti, a professor of materials engineering at McGill University, explained that while graphene is structurally sound, "one sheet of atoms is not something you can easily work with." In fact, piling the sheets up results in, basically, pencil lead.
Searching for a way to make an easy-to-handle structure, Cerruti's PhD student Yiwen Chen combined graphene with oxygen in a suspension with water to create reduced graphene oxide (GO), a porous, three-dimensional, electrically conductive scaffold. Cerruti suggested a further modification, with GO flakes stacked on the pore walls, "which allowed us to exploit another interesting property of GO - it creates a membrane that allows water through but no other molecules."
When she canvassed her team for suggestions on how best to test the new scaffold, Gabriele Capilli, a post-doctoral fellow in her lab, suggested seawater electrolysis, a process similar to others he worked on while doing his PhD. It turns out the new GO "selective scaffold" has the potential to improve the process of producing hydrogen from the ocean. The team's findings were published recently in the journal ACS Nano. For further information see the IDTechEx report on The Hydrogen Economy, Fuel Cells and Hydrogen Production Methods
In conventional electrolysis, chloride ions in seawater penetrate the electrode and interact with the catalyst, creating hypochlorite ions, an unwanted byproduct that poisons the catalyst, Cerruti explained. Using X-ray phase contrast imaging at the Canadian Light Source at the University of Saskatchewan, Chen confirmed the GO scaffold had the right structure, with closed GO pores enclosing cobalt oxide nanoparticles as the catalyst. "We saw what we wanted to see." Electrochemical tests performed in the laboratory of collaborator Thomas Szkopek (electrical engineering, McGill) confirmed the scaffold worked as expected to block unwanted ions. "People have tried various things to keep chloride out but nobody thought about the idea that by using GO, the electrode itself, its whole architecture, could prevent the chloride oxidation that produces hypochlorites."
The next challenge, she said, will be scaling up to mass produce the GO membrane. But when that is solved, "there are lots of possibilities. This could be used for other reactions where you don't want interference from certain molecules. It will all depend on your imagination."
More CLS science highlights
Capilli, Gabriele, Yiwen Chen, Thomas Szkopek, and Marta Cerruti. "Selective Catalytic Electro-Oxidation of Water with Cobalt Oxide in Ion Impermeable Reduced Graphene Oxide Porous Electrodes." ACS nano (2022). https://doi.org/10.1021/acsnano.2c03877
The Canadian Light Source (CLS) is a national research facility of the University of Saskatchewan and one of the largest science projects in Canada's history. More than 1,000 academic, government and industry scientists from around the world use the CLS every year in innovative health, agriculture, environment, and advanced materials research.
The Canada Foundation for Innovation, Natural Sciences and Engineering Research Council, Canadian Institutes of Health Research, the Government of Saskatchewan, and the University of Saskatchewan fund CLS operations.
Source: Canadian Light Source
Top image: Pixabay