Seiko Epson Corporation today announced that it had developed the world's first flexible TFT-SRAM (16 kbits). The company expects the TFT-SRAM to be adopted in the near future as a key component for small, light and flexible electronic devices.
The company has set itself the target of developing devices that are thin, light and flexible. To achieve this aim, Epson has developed original technologies including low temperature poly-Si technology using thin film formation, and SUFTLA*2, which allows the transfer of TFT circuits from a glass substrate onto flexible substrates.
To develop the TFT-SRAM, Epson used its technologies to integrate all the circuit blocks that make up the memory into a single chip on a plastic substrate. The result is a TFT-SRAM that operates stably at high speed, and at low voltage.
The TFT-SRAM can be used as the working memory for "ACT11*3," Epson's previously announced original asynchronous 8-bit microprocessor. The company's researchers succeeded in running demo programs using the combination of TFT-SRAM and ACT11.
Epson is presently continuing its research in flexible electronic device technologies, in addition to searching for potential applications.
Features 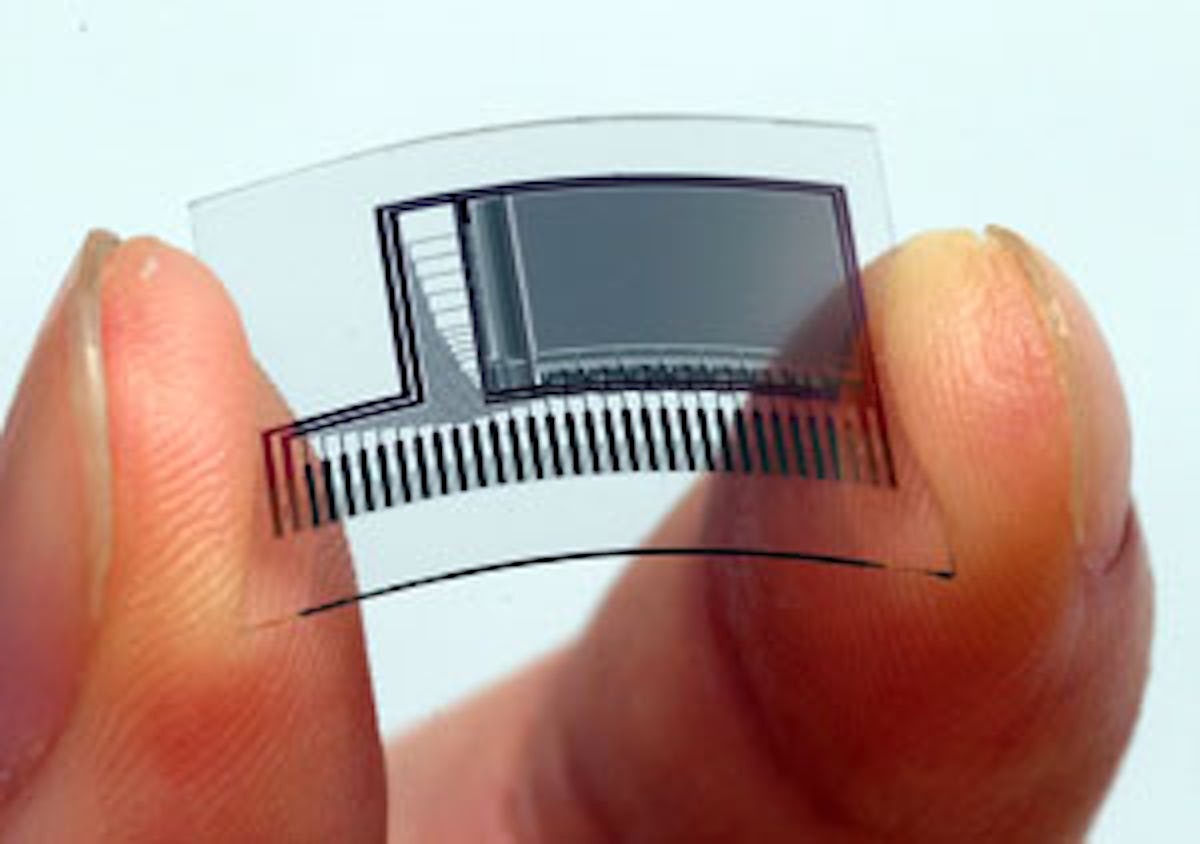