Printed antennas on your vest?

The next generation of communications systems could be built with a sewing machine.
To make communications devices more reliable, Ohio State University researchers are finding ways to incorporate radio antennas directly into clothing, using plastic film and metallic thread.
In the current issue of the journal IEEE Antennas and Wireless Propagation Letters, they report a new antenna design with a range four times larger than that of a conventional antenna worn on the body - one that is used by American soldiers today. 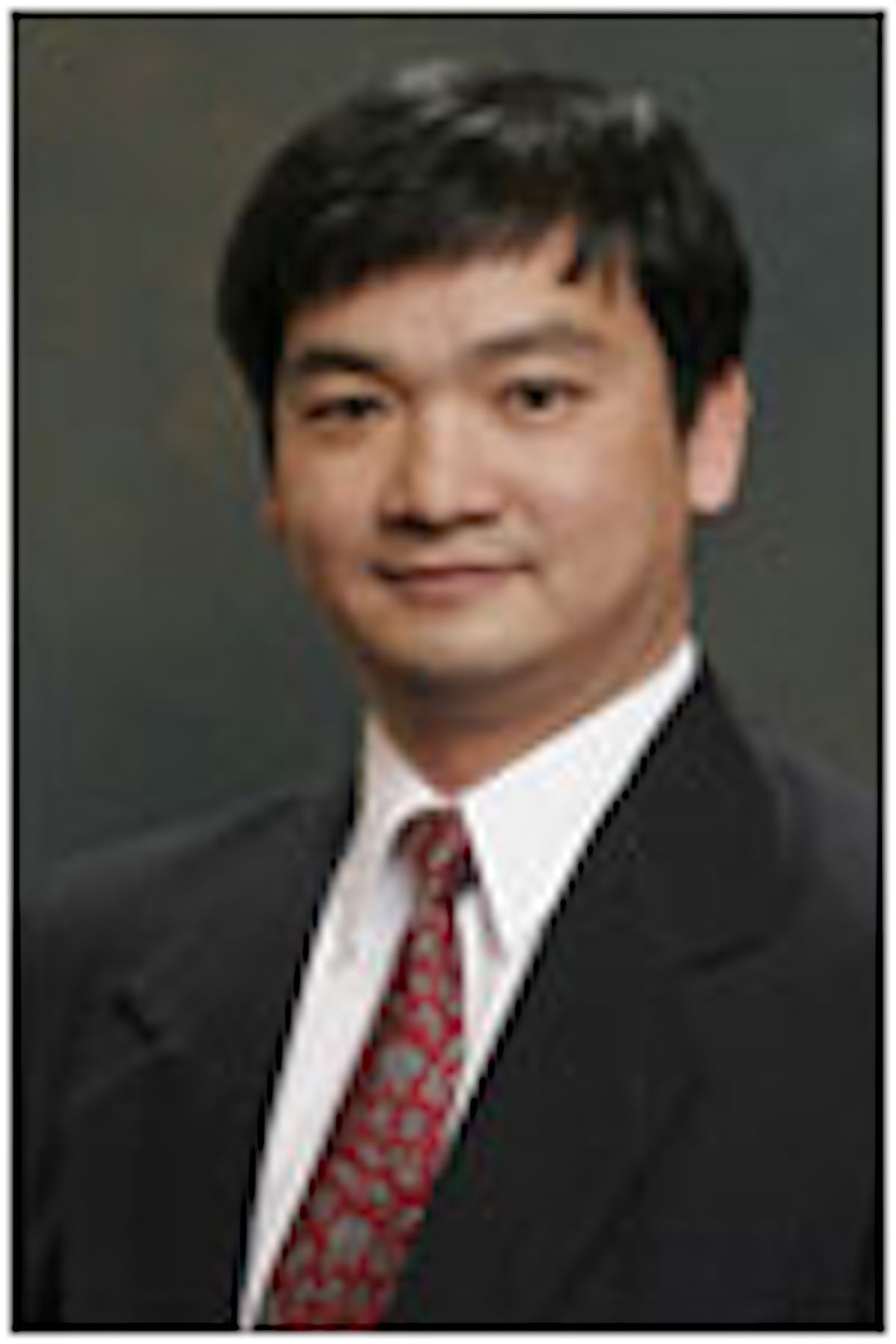 Chi-Chih Chen
"Our primary goal is to improve communications reliability and the mobility of the soldiers," said Chi-Chih Chen, a research associate professor of electrical and computer engineering at Ohio State. "But the same technology could work for police officers, fire fighters, astronauts - anybody who needs to keep their hands free for important work."
For typical foot soldiers, mobility and communications are often at odds. An antenna can be a large and unwieldy addition to an already heavy load.
The idea of embedding communications devices in clothing to address this problem is not new, Chen explained. The Ohio State system takes elements from previous research and combines them in a new way, with the addition of a unique computer control device that lets multiple antennas work together in a single piece of clothing.
The result is a communications system that can send and receive signals in all directions, even through walls and inside a building, without a need for the wearer to carry an external antenna.
John Volakis, the Roy & Lois Chope Chair Professor and Director of the ElectroScience Laboratory at Ohio State, found a common analogy for the new design.
"In a way, we're doing what's already been done on a cell phone. You don't see cell phones with external antennas anymore, because the antenna is part of the body of the phone," Volakis said.
When antennas make contact with the human skin, however, the body tends to absorb radio signals and form a short circuit - a fact driven home by the recent difficulties with the antenna placement on the iPhone 4. Also, if an antenna is improperly placed, a person's body can block it when he or she moves against a wall or other obstacles.
The Ohio State system overcomes these problems by surrounding the body with several antennas that work together to transmit or receive a signal, no matter which way a person is facing. An integrated computer control device senses body movement and switches between the antennas to activate the one with the best performance given the body's position.
The engineers created a prototype antenna by etching thin layers of brass on a commercially available plastic film, called FR-4. The film is light and flexible, and can be sewn onto fabric.
They attached it into a vest at four locations -chest, back, and both shoulders. The computer controller - a metal box a little smaller than a credit card and an inch thick - was worn on a belt.
In laboratory tests, the experimental antenna system provided significantly greater signal strength compared to a conventional military "whip" antenna, enabling a range of communications four times larger.
Perhaps most importantly, the new antenna system worked in all directions, even as researchers tested it inside the hallways of the ElectroScience Lab, where doors and windows would normally interfere with the signal.
Key to the technology was the engineers' development of network communications coding to coordinate the signals among the antennas. Doctoral student Gil-Young Lee developed a computer module to make the antenna control automatic. Lee, Chen, and Volakis co-authored the IEEE paper with Dimitrios Psychoudakis, senior research associate at the ElectroScience Lab.
They are partnering with an antenna design company, Applied EM of Hampton, VA, to commercialize the research, which was funded by a Small Business Innovation Research grant.
Chen currently estimates that the antenna systems, as demonstrated in the prototype, would cost $200 per person to implement, but mass production would bring that cost down significantly.
In the meantime, the engineers are working on printing antennas directly onto clothing, and embroidering antennas into clothing with metallic threads. A typical home sewing machine is now part of their laboratory equipment, and early tests have shown that the swirly designs they've embroidered into fabrics such as cotton - and even taffeta - can work as functional antennas.
That's why Volakis envisions the technology to be adaptable for the general public. The elderly or disabled could wear clothing that would let them communicate in case of emergency, without the stigma they might feel in wearing a more visible assistive device.
"Imagine a vest or shirt, or even a fancy ball gown made with this technology," he said, scrunching a sample of embroidered taffeta in his hand. "The antennas would be inconspicuous, and even attractive. People would want to wear them."
Image: John Volakis, Director of the ElectroScience Laboratory, holds a prototype communications antenna embroidered into cloth. Photo by Al Zanyk, courtesy of Ohio State University
Source: The Ohio State University
For more attend: Printed Electronics USA 2011.