Smarter, more functional clothing incorporating electronics may be possible in the near future, according to a study co-authored by Cornell fiber scientist Juan Hinestroza.
Hinestroza, associate professor of fiber science, was part of an international team that developed transistors using natural cotton fibers.
"Creating transistors from cotton fibers brings a new perspective to the seamless integration of electronics and textiles, enabling the creation of wearable electronic devices," Hinestroza said.
The innovation represents a significant step forward because it lays the groundwork for creating even more complex devices, such as cotton-based circuits, Hinestroza said. This would allow fabrics to sense body temperature, automatically heat up or cool down, or track heart rate or blood pressure in high-risk patients, as well as to monitor physical effort of high-performance athletes. 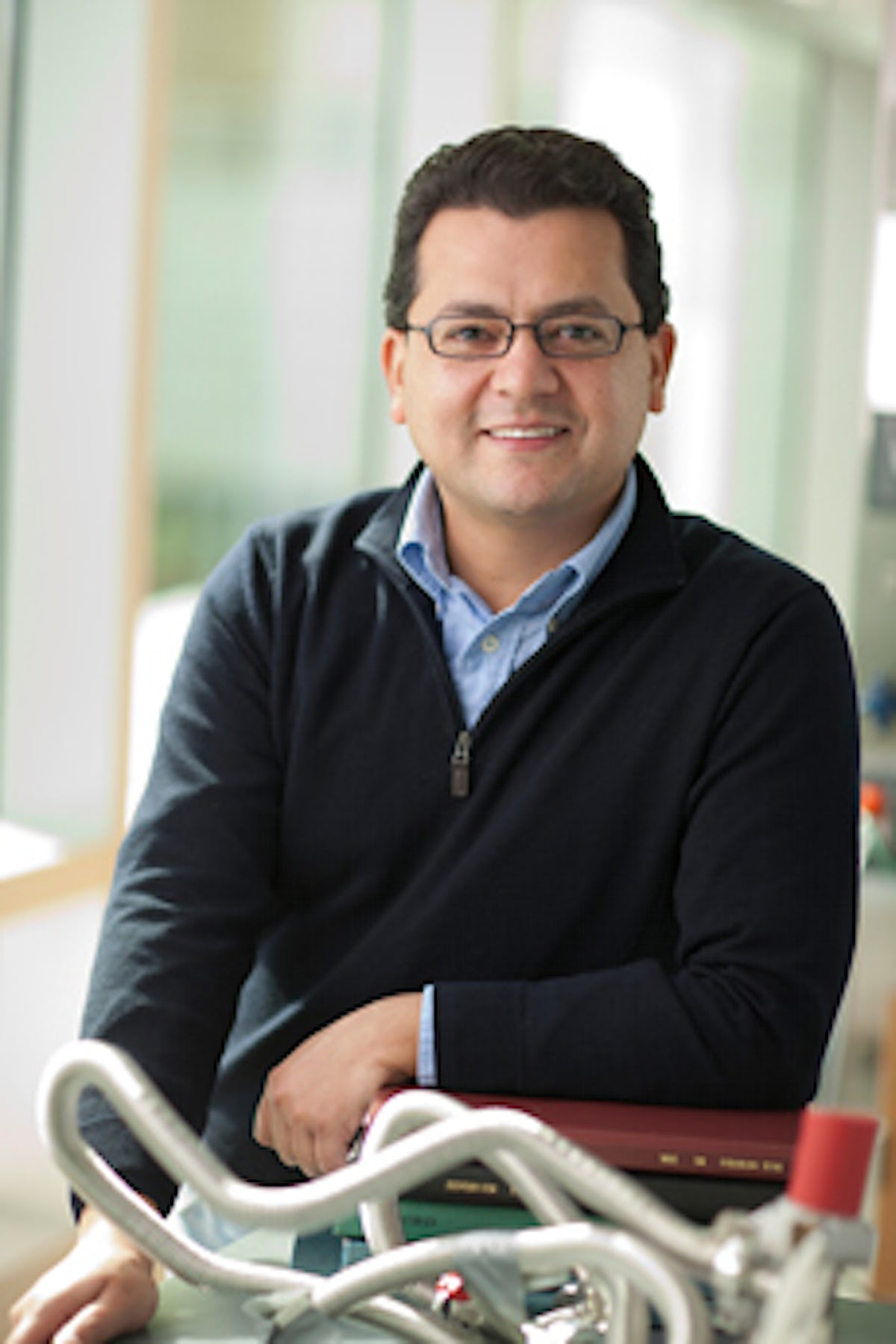 Robert Barker/University PhotographyJuan Hinestroza
"Perhaps one day we can even build computers out of cotton fibers in a similar way as khipus -- a recording device based on knots and used by the Inca empire in Peru,"Hinestroza added.
The research is published online Sept. 13 in Organic Electronics. It describes a new technique in which conformal coatings -- which are those that follow cotton's irregular topography -- of gold nanoparticles along with semiconductive and conductive polymers were used to tailor the electronic behavior of natural cotton fibers.
Cotton was chosen as a substrate because of its mechanical and inherent comfort properties, relative cheapness and widespread use in fabric and clothing. Cotton fibers are lightweight and sustainable.
In the study, the first step was aimed at creating a conformal layer of nanoparticles over the rough topography of cotton. The next layers were either conductive or semiconductive coatings; the final step was to build the devices. "The layers were so thin that the flexibility of the cotton fibers was preserved," Hinestroza said.
Two kinds of active transistors, organic electrochemical transistors and organic field effect transistors, were also demonstrated. Both kinds are widely used in the electronics industry as components of integrated circuits, which control the functions of such common devices as phones, televisions and game consoles.
The study represented an interdisciplinary, collaborative effort between fiber scientists from Cornell, physicists from the University of Bologna and electrical engineers from the University of Cagliari, both in Italy, and materials scientists from the Ecole Nationale Supérieure des Mines de Saint-Étienne in France.
Hinestroza's lab contributed expertise in fibers and fiber functionality, and the other researchers led with their expertise in physics, electrical engineering and organic electronics.
The first author of the paper, Giorgio Mattana of the University of Cagliari, was at Cornell as an international visiting student for two semesters in 2009-10 working in Hinestroza's and another lab on campus. He also used the facilities of the Cornell Nanofabrication Facility and Cornell Center for Materials Research.
For more see: http://www.news.cornell.edu/stories/Oct11/CottonTransistors.html.
For more attend: Printed Electronics USA 2011.