A team at Clarkson University in Potsdam, New York, have implanted tiny biofuel cells into brown garden snails that extract electrical power from the glucose and oxygen in the snail's blood to produce electricity. The electrodes are made of thin sheets of carbon nanotubes called Buckypaper and the snails live for around a year said Evgeny Katz, a professor of chemistry and leader of the research. The researchers say it is the first example of sustainable generation of electricity in a living creature's body over several months.
In living creatures, the rate at which biofuel cells can extract energy — and, therefore, the amount of power they can provide — is limited by their electrodes' size, and also by how quickly sugar and oxygen can be taken from the creatures' blood (or in the snails' case, not blood, but a related fluid known as haemolymph). Katz's snails produced up to 7.45 microwatts, but after 45 minutes, that power had decreased by 80%. To draw continuous power, Katz's team had to ramp down the power they extracted to 0.16 microwatts. 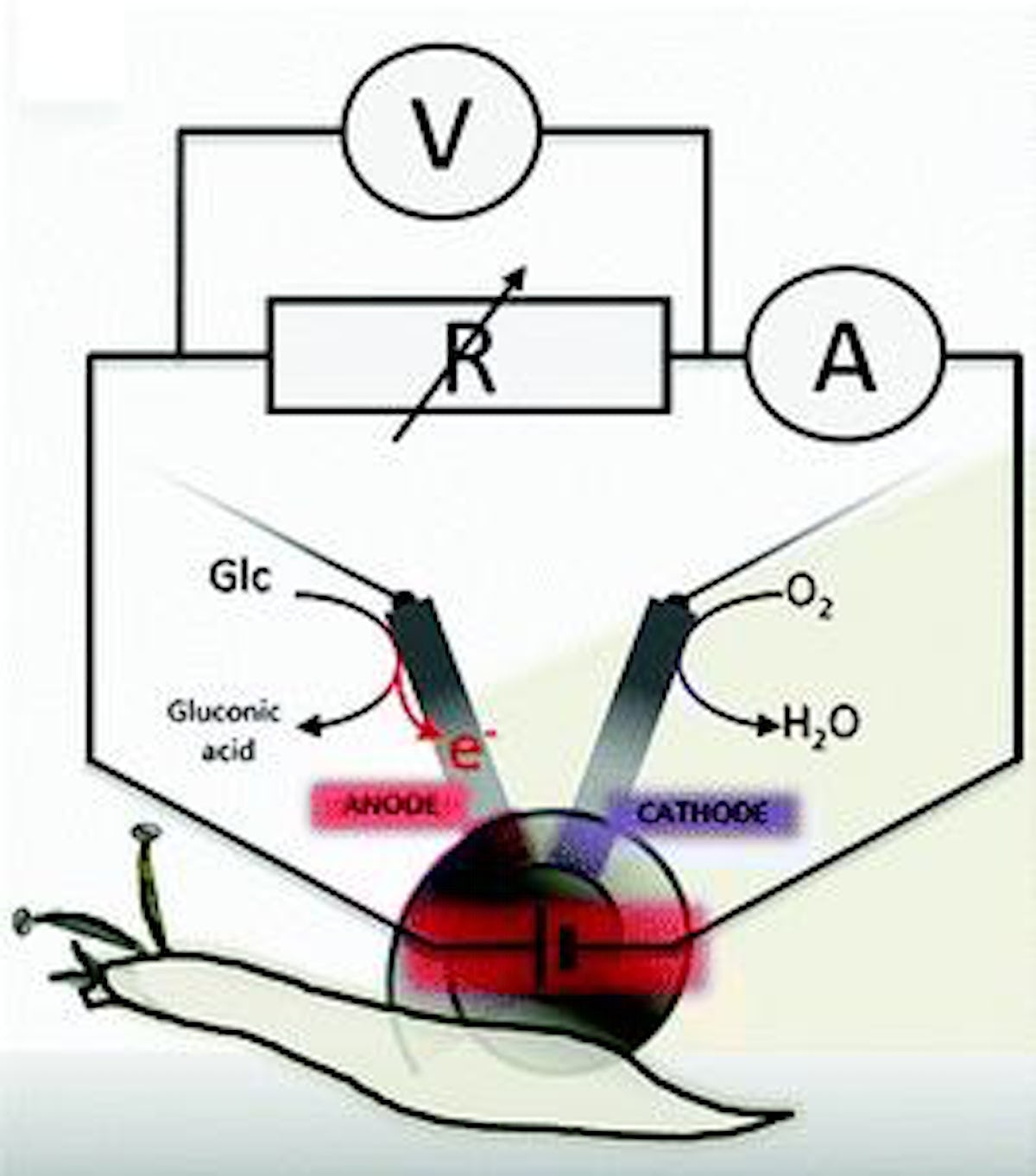 The "electrified" snail, being a biotechnological living "device", was able to regenerate glucose with appropriate feeding and relaxing, and then produce a new "portion" of electrical energy. The snail with the implanted biofuel cell will be able to operate in a natural environment, producing sustainable electrical micropower for activating various bioelectronic devices for military and environmental purposes.
Katz says that he aims to move on to animals larger than snails, as their metabolism will provide more power such as lobsters.
Sources: Nature and American Chemical Society
Images: American Chemical Society
For more read Energy Harvesting and Storage for Electronic Devices 2011-2021
And attend Energy Harvesting & Storage Europe 15-16 May 2012 Berlin, Germany