Want a see-through cellphone you can wrap around your wrist? Such a thing may be possible before long, according to Rice University chemist James Tour, whose lab has developed transparent, flexible memories using silicon oxide as the active component.
Tour revealed in a talk at the national meeting and exposition of the American Chemical Society in San Diego that the new type of memory could combine with the likes of transparent electrodes developed at Rice for flexible touchscreens and transparent integrated circuits and batteries developed at other labs in recent years.
Details of the Rice breakthrough will be published in an upcoming paper, Tour said.
"Generally, you can't see a bit of memory, because it's too small," said Tour, Rice's T.T. and W.F. Chao Chair in Chemistry as well as a professor of mechanical engineering and materials science and of computer science. "But silicon itself is not transparent. If the density of the circuits is high enough, you're going to see it."
Rice's transparent memory is based upon the 2010 discovery that pushing a strong charge through standard silicon oxide, an insulator widely used in electronics, forms channels of pure silicon crystals less than 5 nanometers wide. The initial voltage appears to strip oxygen atoms from the silicon oxide; lesser charges then repeatedly break and reconnect the circuit and turn it into nonvolatile memory. A smaller signal can be used to poll the memory state without altering it. 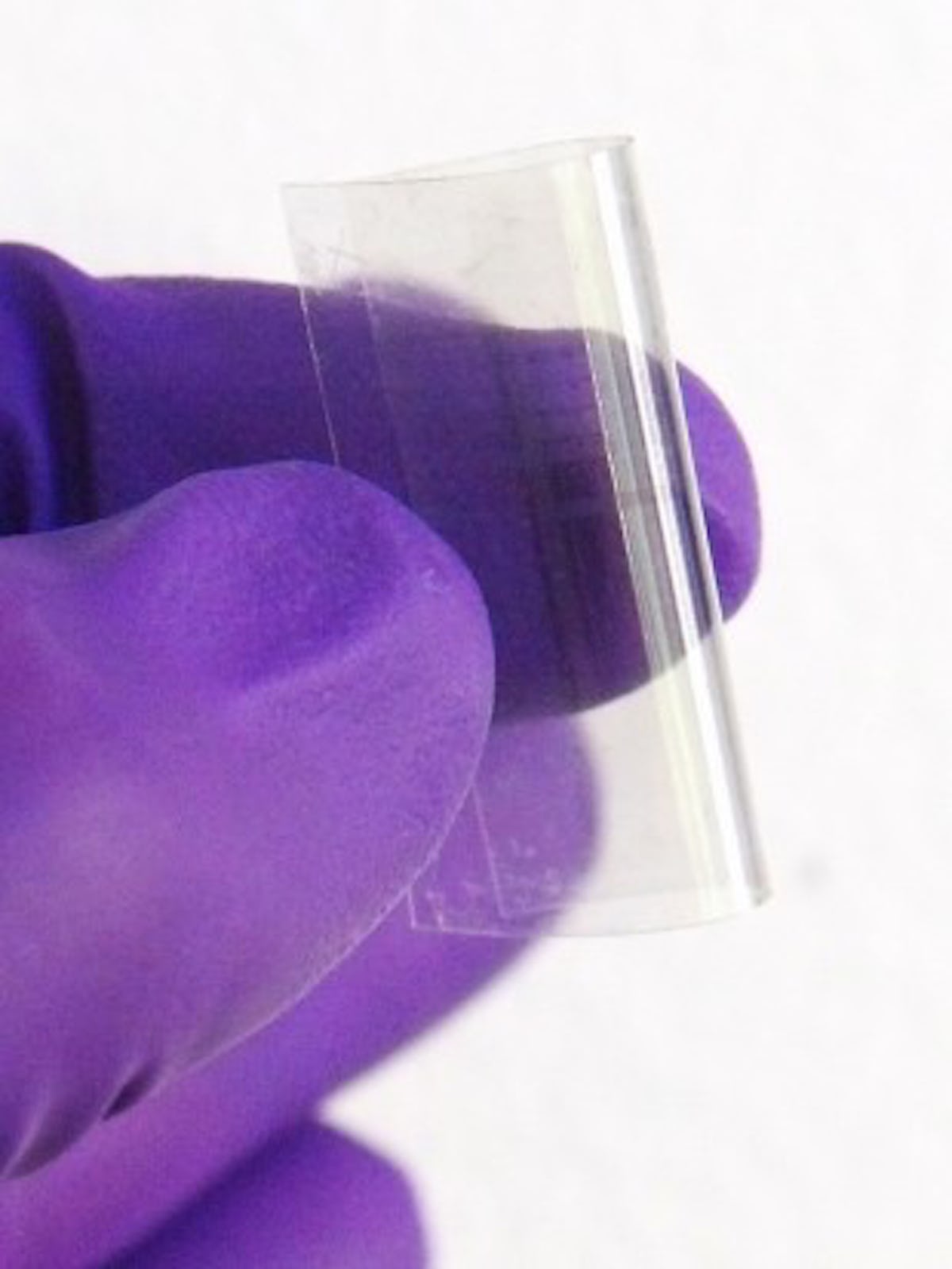 A flexible, transparent memory chip created by researchers at Rice University. Courtesy Tour Lab/Rice University
That discovery was reported on the front page of the New York Times. The Rice lab has since developed a working two-terminal memory device that can be stacked in a three-dimensional configuration and attached to a flexible substrate.
View: http://news.rice.edu/2012/03/27/transparent-memory-chips-are-coming-2/
Source: Rice University
For more visit:Printed Electrnics World