Carbon nanotubes can be mounted upright in dense forests to maximise porous area in electrodes for supercapacitors, supercabatteries and, it is thought, for some batteries as well. The picture above shows a version from the University of York in the UK.
Now IBM appears to have improved on this but, of course, cost will be a challenge as well as production yield and performance optimisation. Carbon nanotubes have long been considered the best prospects to replace the silicon transistor in the search for ever-faster microchips. But their ascent has been impeded by the impossibility of physically arranging the 1-nanometre wide tubes on a chip. This week, IBM revealed that it has built a 10,000-transistor nanotube microchip. Using hafnium oxide trenches, they were able to place the nanotubes onto a prototype chip at a density of 1 billion per square centimetre. Hafnium oxide is also used as a high permittivity gate material in experimental printed transistors. 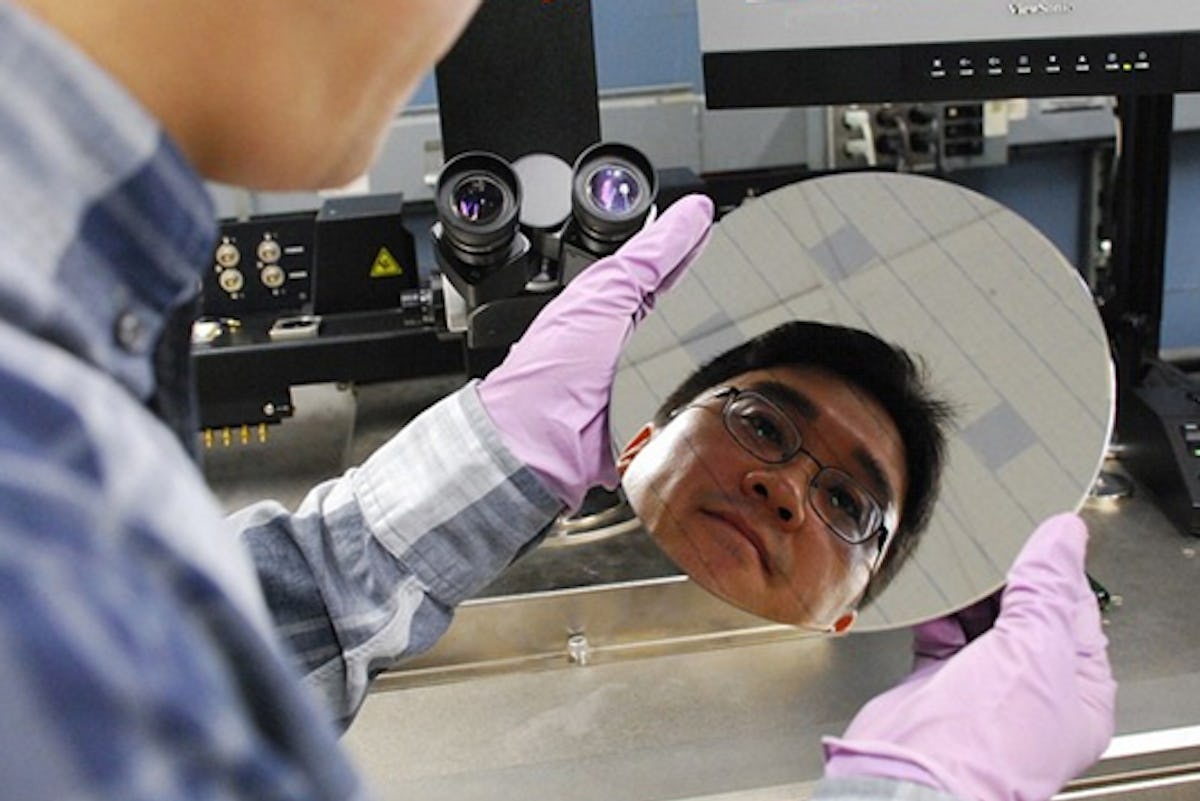 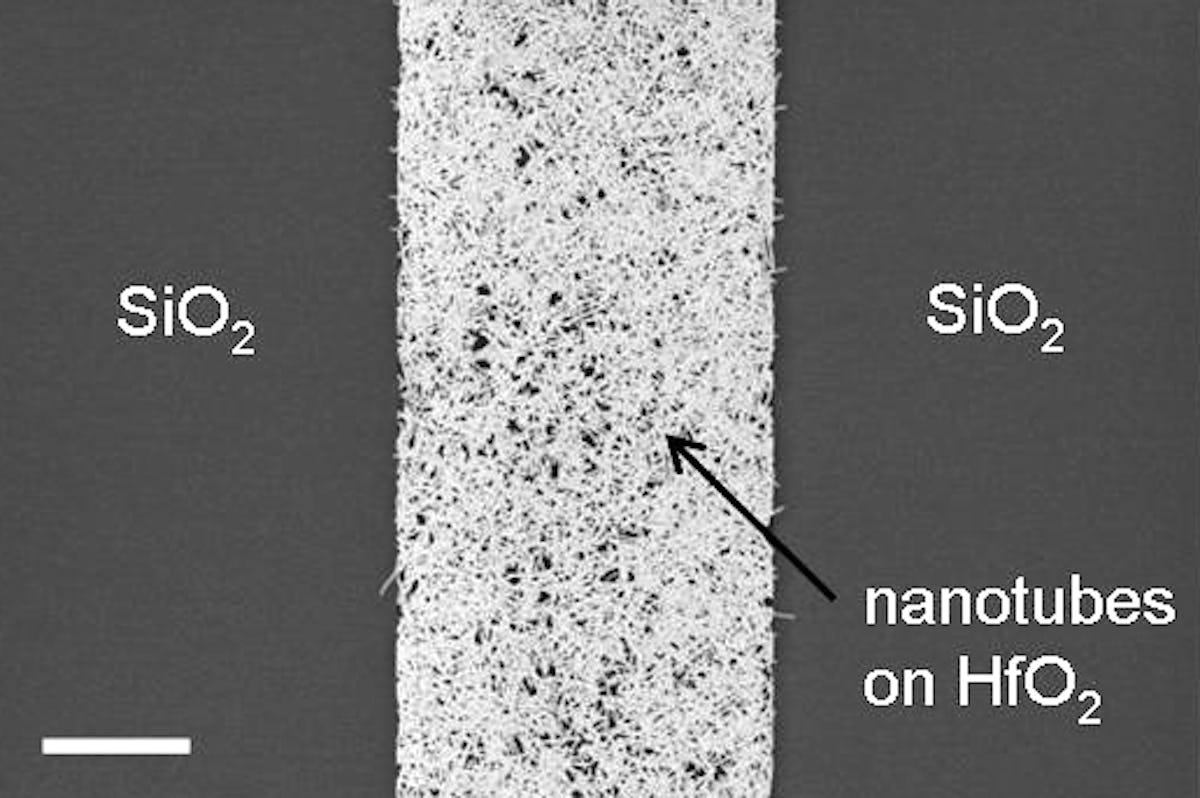