At this year's Printed Electronics USA show in Santa Clara, XENON Corporation is featuring a breakthrough in PE technology: a live demonstration of the SINTERON™ 5000, the world's first large-scale R2R pulsed light sintering system.
The system delivers high-energy pulsed light for sintering silver nano inks on the production line at up to 100 feet per minute. Visitors to the show will be able to see the SINTERON 5000 in operation—the same system that is now being used in actual production environments, including a high-volume RFID manufacturing application. 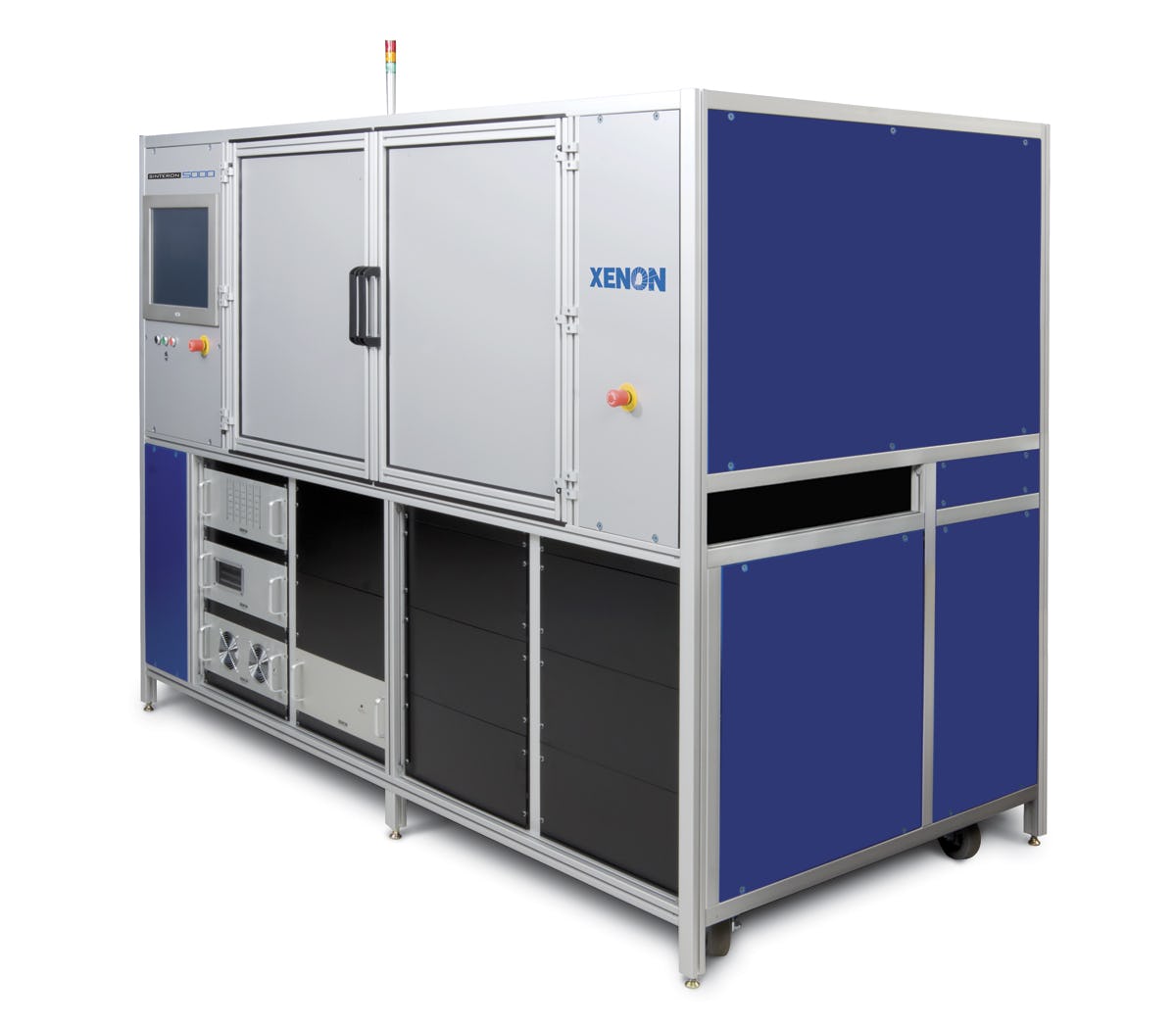 SINTERON™ 5000. Source: XENON Corporation
"Printed electronics is a rapidly growing market," said Dr. Margaret Joyce, Director of Western Michigan University's Center for the Advancement of Printed Electronics, and a member of the PE Test Center Network (see below), "but a major challenge has been bringing that technology to the production line. The SINTERON 5000 represents an important step in that direction."

It's no surprise that XENON, now celebrating its 50th anniversary, has become a leading innovator in Printed Electronics sintering solutions.
XENON is the number one pulsed light company in the world, with more than 3,000 high-energy, high-performance production systems running 24x7 worldwide, roughly 60 times the rest of the industry combined. These include applications in food safety, health sciences, and Blu-ray discs.
Building on this expertise and experience, XENON has taken the lead in applying pulsed light technology to the challenges of printed electronics sintering. Working closely with product developers, XENON now has more than 80 R&D pulsed light sintering systems in use around the world. The SINTERON 5000 has grown directly out of this experience.
"Because of our unique expertise, we are able to apply pulsed light technology in ways that other companies can't," said Lou Panico, CEO of XENON.
For example, XENON is able to design and manufacture lamp systems that are more than twice the size of any comparable pulsed light system on the market, providing the greater coverage that is needed for large-scale R2R printing. "That is the kind of advantage we bring to the challenge of PE sintering," Panico said. "The SINTERON 5000 is the culmination of 50 years of R&D and manufacturing experience."

XENON has taken the lead in other ways as well. Last year, XENON drove the formation of the Printed Electronics Test Center Network, a collaboration of materials companies, dispensing companies, ink companies, systems integrators, and universities that make their laboratories and resources available to product developers, to help accelerate the development of PE applications around the world.
Dr. Xiaoying Rong, associate professor of graphic communication at Cal Poly, which recently joined the network, said: "The goals of the PE Test Center Network align very well with our areas of interest at Cal Poly. We believe high-speed, low-cost printing of functional circuits is an important area of research as well as a career path for our students."
In just a year and a half, more than 25 entities have joined the network, and more are applying every month. Literally hundreds of tests have been conducted in participating laboratories around the world. One of the newest members is Suzhou Institute of Nano-Tech and Nano-Bionics (SINANO), a major research organization located in China. In addition, two key PE research institutions, in Russia and Australia, are also in negotiations to join the network.

XENON will be demonstrating the world's first large scale R2R pulsed light sintering system at this year's Printed Electronics USA trade show, at Booth AA17. Visitors to the booth will be able to take away a working sample that was sintered on the system.
XENON Corporation is the world leader in pulsed light technology for a wide variety of industrial and research applications. The company is headquartered in Wilmington, Massachusetts. For more information, visit http://www.xenoncorp.com/sintering.html .