IDTechEx recently met InkTec at their headquarters in South Korea. The public company was formed in 1992 and had annual sales of $75 million in 2012. The printed electronics division, which includes transparent silver ink, silver paste, coated items & patterned products, has grown with an annual CAGR of 21% since 2008 and in 2012 accounted for 25% of the company's sales.

InkTec has just launched a new silver based paste which is unique metal based material capable of line resolutions under 1 micron. Using this technology together with 20 years printing experience, they have produced a transparent conductive film (TCF) created with sub 1 micron line width. They refer this technology as "Metal Nano Stream (MNS)" since this is patterned TCF with directional stream structure unlike other ITO alternatives which consist of a grid or mesh style pattern.

Thanks to its finest metal steam (< 1 micron), InkTec's MNS transparent conductive film can achieve high conductivity without sacrificing transparency (< 90%) and free from Moire effect which was the weak point of metal based conductive films such as metal mesh. With extremely low resistance compared to other TCFs, low yellow index and flexibility, MNS transparent conductive film has many advantages over other TCFs such as size application (applicable to any size) and flexible display. Most of all, since it is already patterned with 1micron stream structure, manufacturers are able to save cost and time for patterning process necessary in case of ITO film and for moulding process necessary in case of metal mesh. InkTec estimates that manufacturers can save around 30% or more compared to ITO film including patterning process. 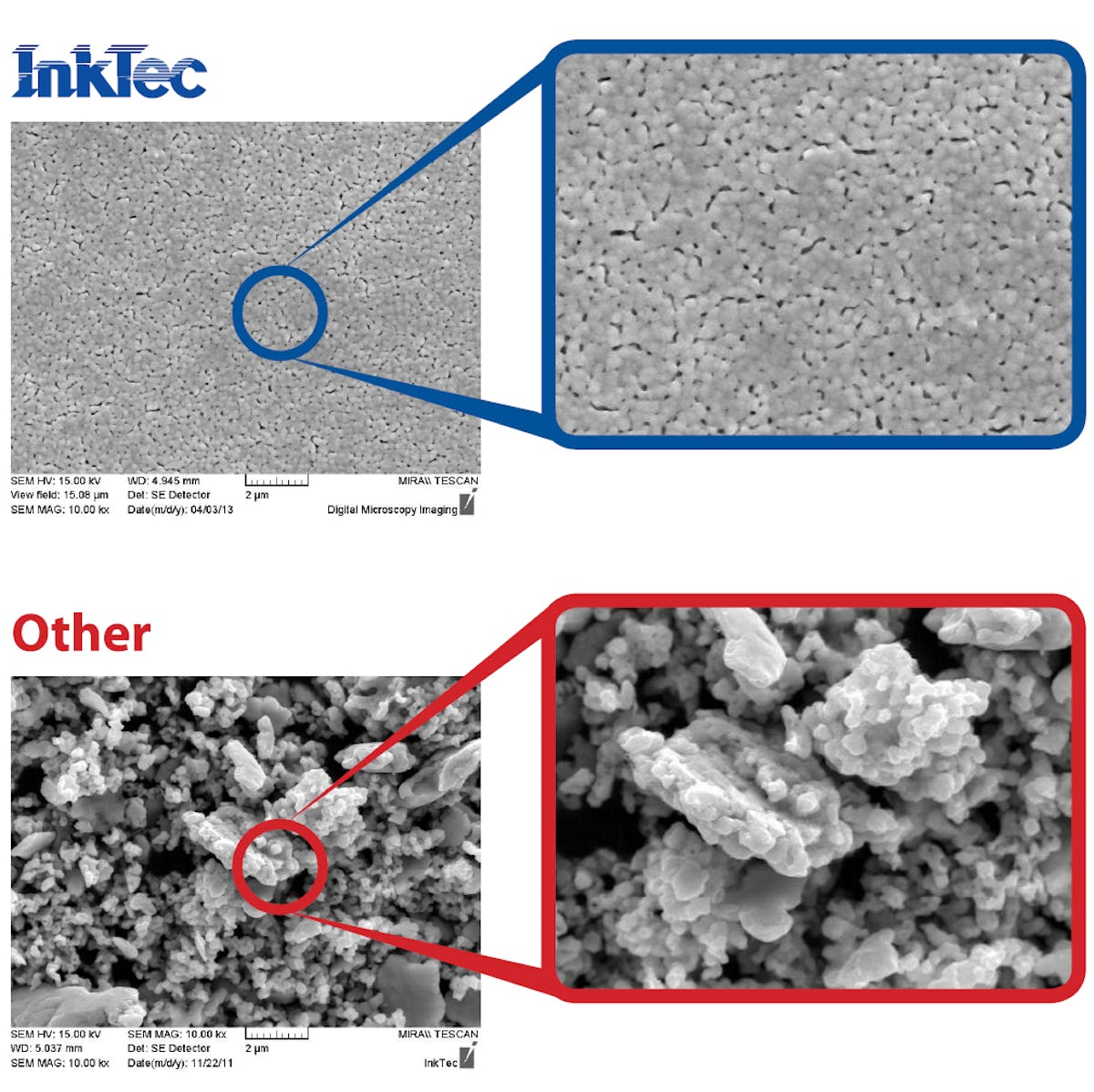 The optical comparison of silver structure after sintering prcessed.
For further details, see the manufacturing process in this video http://kr.inktec.com/01_about/inktec_movie2.htm or go to www.InkTec.com .