Why all the fuss about OLED displays?

From 0 to 1900 AD a package, poster or a label was in black and white with a static image. For the past 100 years packages have been in color, again with a static image. If someone entered say a supermarket today and everything was in black and white they would be quite shocked. Even the cheapest Fast Moving Consumer Goods (FMCG) and food packages are usually printed in color. Similarly, the next generation will have that negative response to the pervasive static color images in our lives today because smart displays and other features will be the norm. Smart or Intelligent packaging goes beyond static, non-responsive information or graphics.
This is just one example of the application of printed electronics - simple circuits and displays that are throwaway. 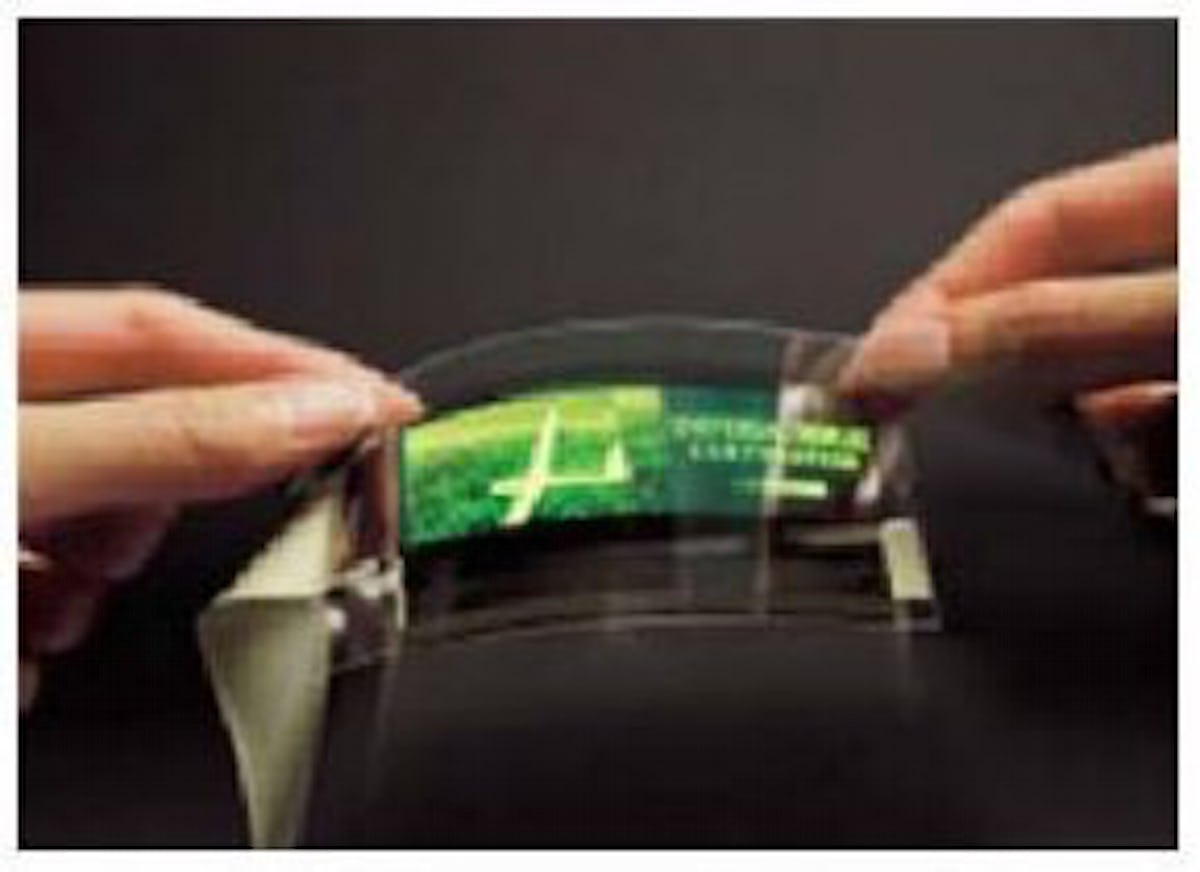 Of the range of printed display types available, Organic Light Emitting Diodes (OLEDs) offer the full spectrum of colours at an image quality we have come to expect from the standard set by LCD displays. LCDs operate by shining light through a liquid crystal matrix, and when the molecules in the matrix curl or uncurl due to an applied voltage the light they allow through changes. However, this technique means viewing angles are limited because light is shone through a matrix and filters, and much of the light from the oringinal source is lost.
OLEDs emit light when an applied voltage excites the organic material. This typically can make them brighter with wider viewing angles because light is emitted rather than transmitted. Less power is requried if only small amounts of the screen are "on" - an LCD display needs to light the whole screen if jsut to light one pixel. These displays can also be deposited onto flexible substrates and therefore are more rugged - they do not shatter when dropped. Further, they are also entirely printable and therefore cheap, with large areas (e.g. for bill board advertising etc) being possible.
The table below compares these OLED characteristics with those of LCD displays.

OLED displays have already been used in a range of small volume applications, such as the display on a Kodak digital camera, the display on a Philips electric razor and some small signage. Various manufacturers - especially in Asia - have developed OLED screen or information display panels with companies constantly pushing the boundries of screen size. However, what is still needed is longer life of materials (for example, blue is a difficult color to produce and deteriorates after 1,000 hours or so), barrier protection of the display to protect it from the environment and the development towards depositing displays on flexible substrates, making them more robust.

To drive the pixels in the display, a driver circuit is needed. Passive displays - such as the one show above by UDC, operate by turning "on" a pixel by applying a voltage to the two lines (vertical and horizontal) that bisect the pixel. These displays are cheaper and easier to make than active displays, but do not give as sharp a picture because often surrounding pixels slightly light up. Active displays have a transistor driver for each pixel - turning it on and off as necessary. Currently most commercial OLEDs with an Active Matrix display are driven by amorphorus silicon (aSi) drivers (see Printed Electronics White Paper for details), but the ideal is to print the driver using organic semiconductors, so the whole device can be printed.
Companies such as Plastic Logic in Cambridge, England, have already demonstrated this, but are focussing on a different type of display - electrophoretic displays, which are more suitable for the current performance of the driving circuits.
The flat panel display market has achieved annual growth rates of between 12 and 13 percent in 2001 and 2002. By 2006, the market is expected to grow to $44.8 billion, based on 17.6% annual growth.
OLEDs today account for $100 million piece of the $31 billion flat-panel display market. But DisplaySearch (Austin, Texas) projects OLEDs to grow to $2.8 billion by 2007. More cautious, Stanford Resources Inc. (San Jose, Calif.) projects a $2.3 billion market by 2008.