We believe that many proponents may be trying to "run before they can walk". After all, the first barcode appeared on humble chewing gum. The first disposable printed moving colour displays appeared on a Valentine's card as shown in the figure below. 15,000 were sold by Marks & Spencer in the UK and it "got the show on the road" for printed electrochromic displays very successfully.
Valentine's card produced by Dow Chemical subsidiary Commotion Printed Display Solutions in 2003 that had a printed electrochromic display with silicon chip and conventional button battery. 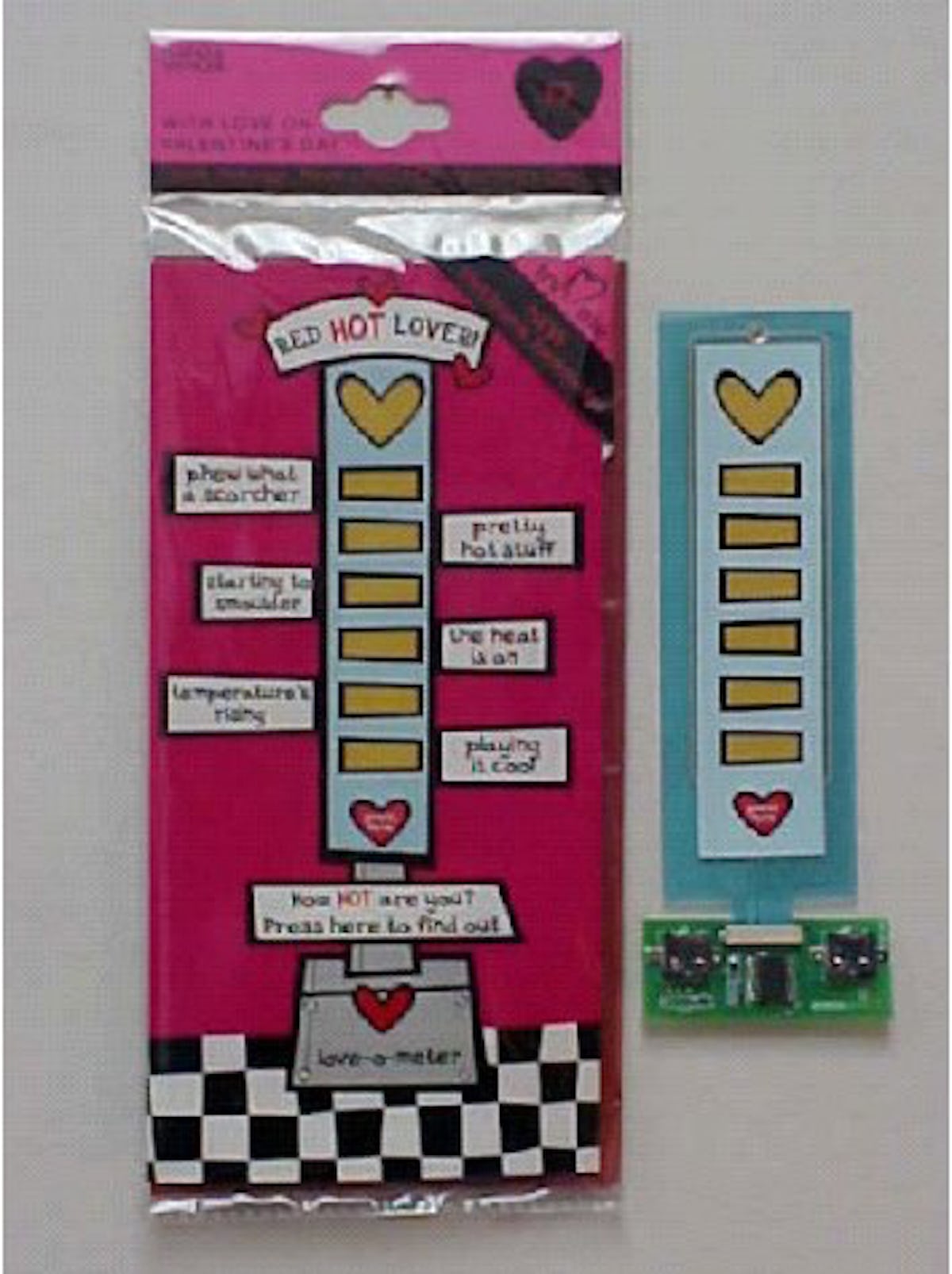 The prudent developer of printed transistor circuits and other electronic displays should perhaps think first about making something that falls out of a Christmas cracker - or equivalent - or at least make something relatively undemanding, preferably that creates a new market and therefore has no competition at the start. Instead, we see attempts to usurp the current camera and cellphone displays with something very similar (Organic light Emitting Diodes OLEDs) or usurp high volume Radio Frequency Identification RFID smart labels with something that, for many years at least, cannot function at many of the most popular RFID frequencies or provide adequate multitag reading in many cases. That is not disruptive: it is playing catchup. It is also running before you can walk because these applications are the easiest. True, some of these ambitious applications look as if they may be successful, if unprofitable, but it is not necessarily optimal marketing strategy to start with them.
With conductive patterns, T-Ink sensibly started with disposable games that did not need a silicon chip. With OLEDs, Philips wisely commenced commercialisation with a very simple display on an electric shaver, using a rigid substrate.
For more information, T-Ink will be presenting at the IDTechEx Printed Electronics Conference, which will focus on the technologies and their applications. Book now for the early bird discount.