Where silicon is a non starter and TFTs are needed

In some applications that do need transistors, the cost of the silicon chip and the cost of associated conventional components prevents substantial penetration of a given market. For example, the plastic bottle of pills or blisterpack can call out when the time comes for them to be taken and record how many pills were taken at what time. Much of this is available now but at a cost of $20 to $30 rendering such products uneconomic beyond a few drug trials. Disposable timers on hair dye, hair curler liquid etc cost about one dollar each using silicon chips and conventional button batteries and capacitors so they are a non starter commercially. The figure below shows an electronic timer with printed battery and interconnects but conventional components and a chip that must be replaced with printed circuits if the cost is to reduce to a few cents for ubiquitoue use on consumer goods.
Power Paper disposable paper timer, source: Power Paper 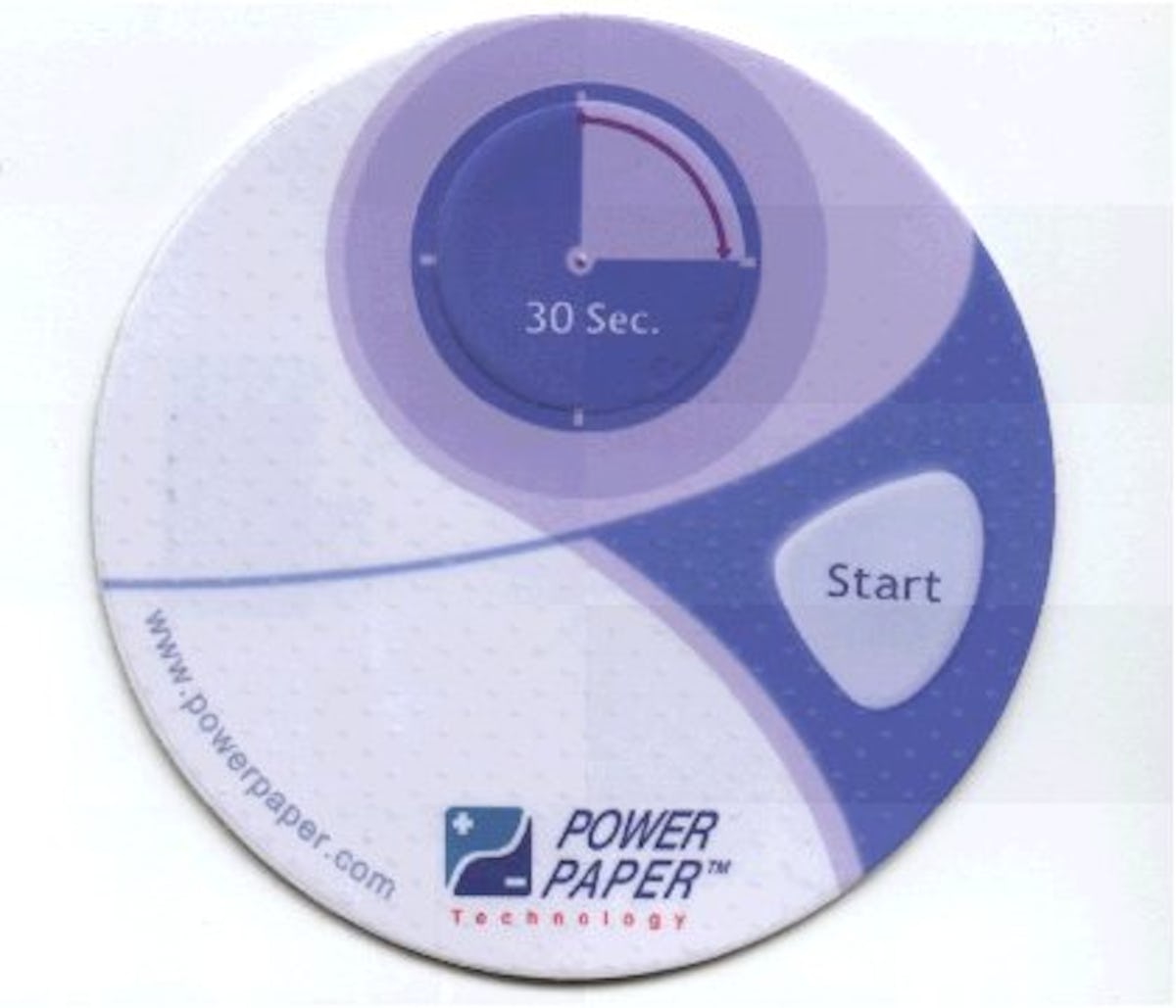 The cost of a silicon chip is particularly high where
There are also cases where the silicon chip circuit is too unreliable and bulky. This is an irony because one of the main reasons for the success of silicon chips has been because they are smaller and more reliable - not least by eliminating separate interconnects - than the conventional circuits they replace. Unfortunately this process has now hit a brick wall for many applications because these call for actuators, microphones, actuators, large resistors, capacitors, displays and so on that cannot be subsumed into a silicon chip because such chips are hopelessly expensive and fragile when large. By contrast, flexible electronic circuits, being printed or largely printed, laminated etc. are low in cost even when they have a large footprint and they can increasingly subsume these components by co-depositing, laminating or otherwise creating them with one deposition of all interconnects to save cost and increase reliability.