For decades there has been research on transistors that can be deposited on surfaces and are very thin. These transistors are all so-called Field Effect Transistors (FETs) because this construction consists of thin films rather than the alternative, so-called bipolar transistors, which require diffusion of "dopants" into a substrate. An FET using a polymeric thin film semiconductor is illustrated in the figure below. 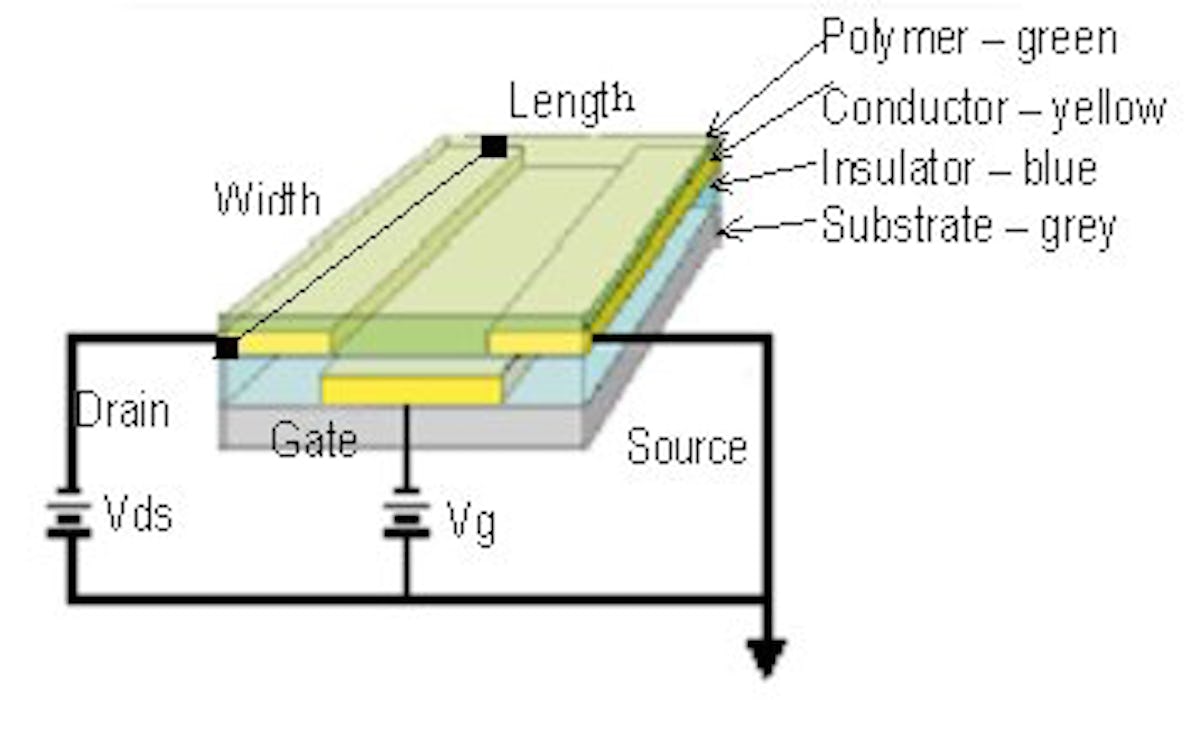 Source: Dow Chemical 2003
The benefits of TFTCs, particularly the lowest cost, printed types, promise to be useful in RFID, though limited to the medium to low frequencies. By contrast, the benefits will be of seismic importance in general disposable electronic devices used in packaging.