When an AC or DC current is passed through copper, saturated in phosphor, light is emitted. This is electroluminescence. DC electroluminesce has been widely used for small displays on glass in cars and similar environments, usually as bilious yellow fixed messages, keyboard backlighting and other incremental improvements on what went before. AC electroluminescence has opened up a whole new world, however. It is particularly suitable for large displays such as those on flexible polyester that wrap around vehicles or building features. Electroluminescent displays are usually dedicated, meaning they are designed with fixed areas that emit light to a predetermined shape and colour when switched on. By switching on the different areas in sequence, one may give an illusion of movement or display a sequence of alphanumerics from standard patterns. In other words, a passive matrix may be created. A variety of bright, crisp colours can be exhibited in different parts of a single display by prearranged filter overlays of plastic film or by using different phosphors.
An example of a display is shown below. 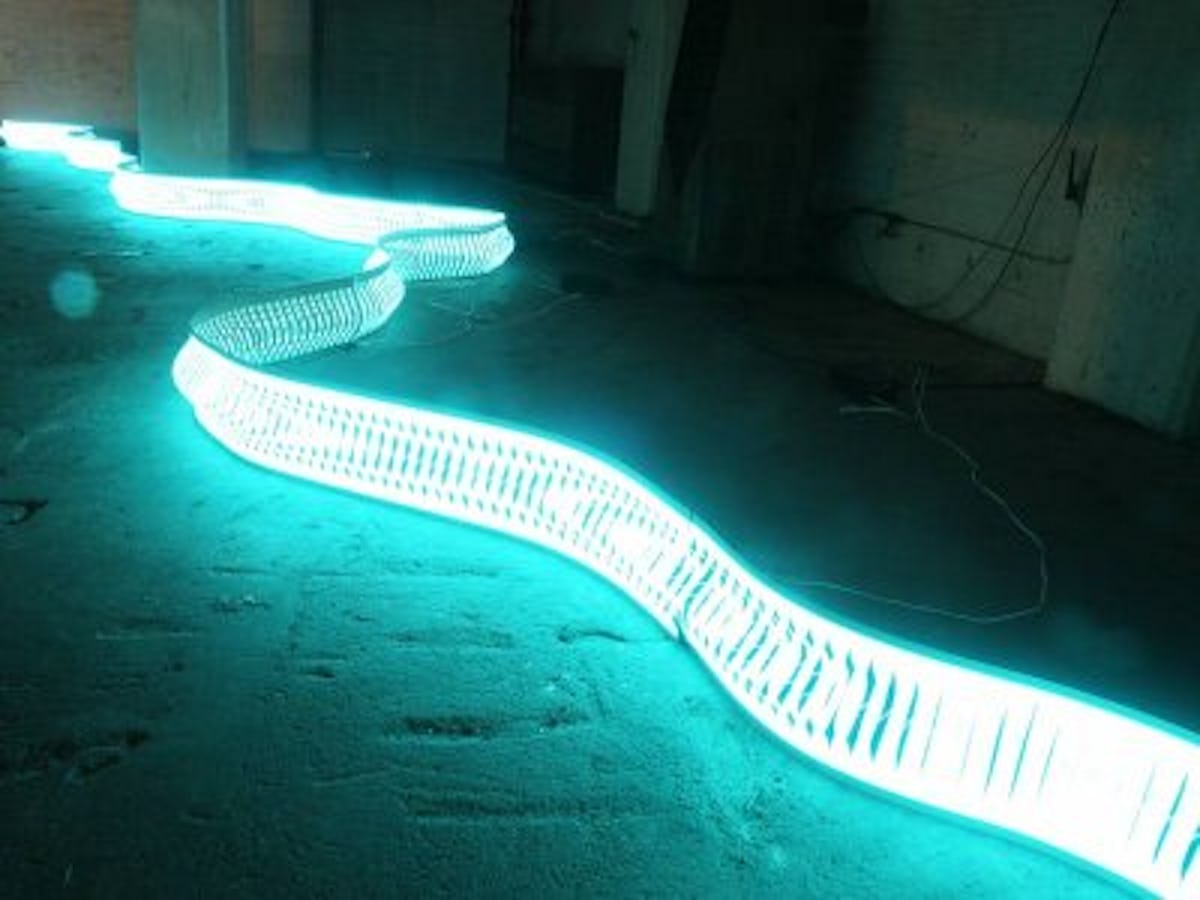 elumin8 is a new division of a $20 million UK quoted company SPS Group which is expert in large area screen printing. Its sole activity is AC electroluminescent displays and it has supplied Radisson hotels, the O2 cellphone service provider, Safeway, SuperDrug, Bombay Sapphire, Budweiser, the Scottish Tourist Board and many other famous brands, mainly for dramatic large displays in outdoor and indoor public areas. Sales of elumin8 in the first full year of trading were around $700,000 and about $2 million is expected in the second full year. Although advertisement and promotional material has been the main thrust so far, it also sees tremendous scope for new concepts.
A promotional display used at DeBeers 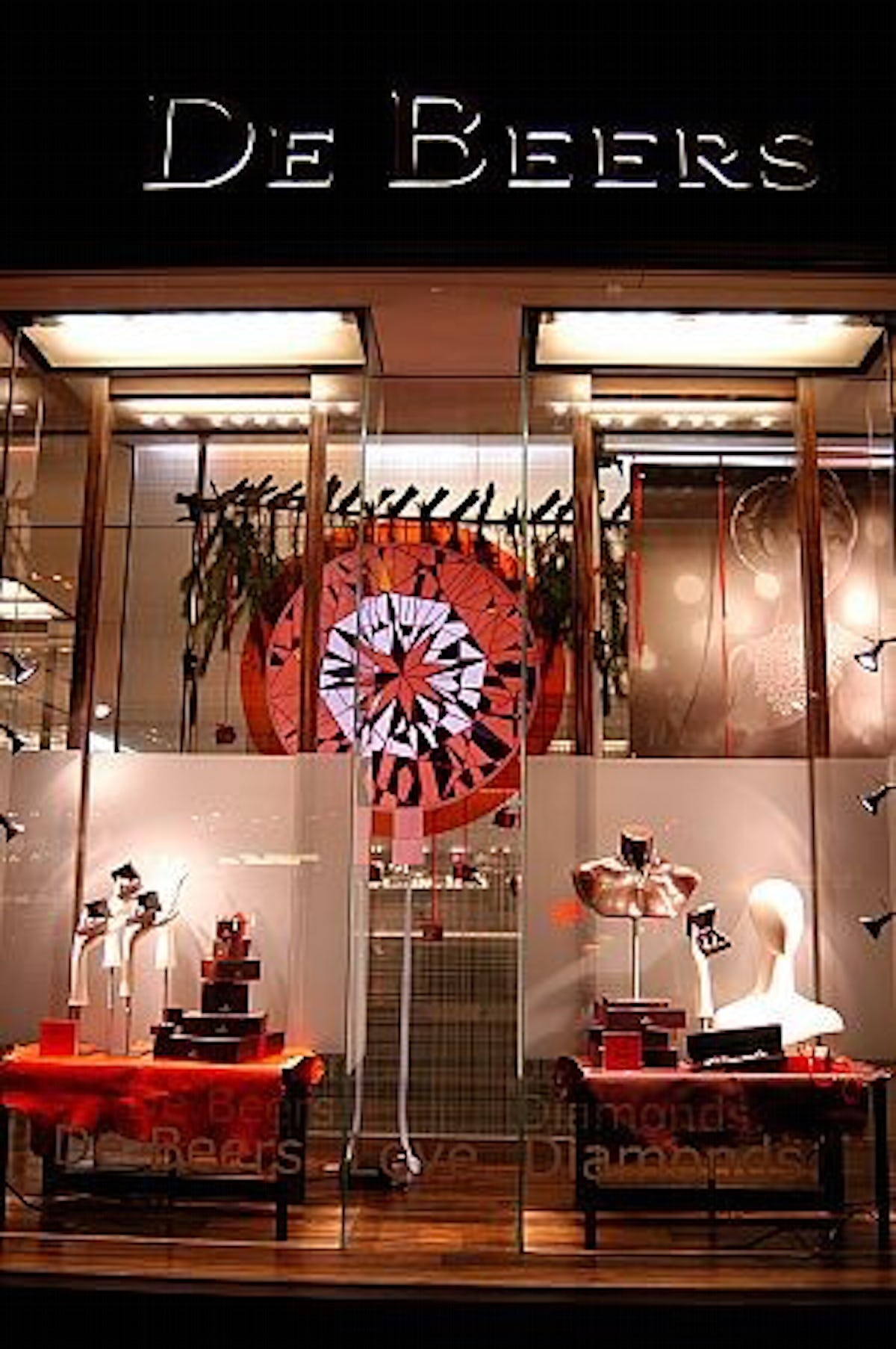 While many forms of printed electronics are being used unimaginatively with applications seemingly chosen by engineers, That is no longer true of AC electroluminescent displays. For example, designer Sam Buxton is working with Richard Kirk of elumin8 on what they call Surface Intelligent Objects SIOS. He says,
"I've been working with it since 1998 at the Royal College, when I cam across it via one of my teachers - electric light paper, they called it. My thing is to use it not as a light source, or as its common use as a keyboard backlighter, I think it's beautiful unencased and I've been using its thinness to apply it to the surface of a table."
This table lights up when it detects pressure. He has also produced a clock with abstract panels that light up to show the time. Designer Rachel Wingfield produced a tablecloth that lights up where it detects that something has been placed upon it.
For more information hear elumin8 present along with others who also produce electroluminescent displays, at Printed Electronics 2004. Click here for more information www.printelec.com.