Bluetooth circuit on a skin patch

The debut of AppleWatch early this year has stimulated a new wave of interest in wearable electronics worldwide. Wearable devices include electronics on cloth, in wrist watches and ultimately on the human body. Flexibility, stretchability and conformability are the basic requirements if an electronic device is to stick to a human body. There have been different approaches developed to meet the above requirements. For example, Professor Zhenan Bao of Stanford University developed "electronic skin" based organic and carbon nanotube thin-film transistors; Professor John A. Rogers of University of Illinois at Urbana-Champaign developed "electronic tattoo" based on thin silicon chips interconnected with meandering metal wires.
Recently, researchers at the Printable Electronics Research Center (PERC), Suzhou Institute of Nanotech, Chinese Academy of Sciences, have successfully integrated Bluetooth chip and signal amplification circuit onto skin-like flexible substrate using printed nanosilver ink as interconnects. The fully functional Bluetooth circuit can intimately stick to human skin (Top Image). By further integrating a paper battery and a microsensor with the circuit, a skin patch sensor system has been built, which can stick to the human body and send out sensor signals such as body temperature wirelessly to a smart phone (Figure below). 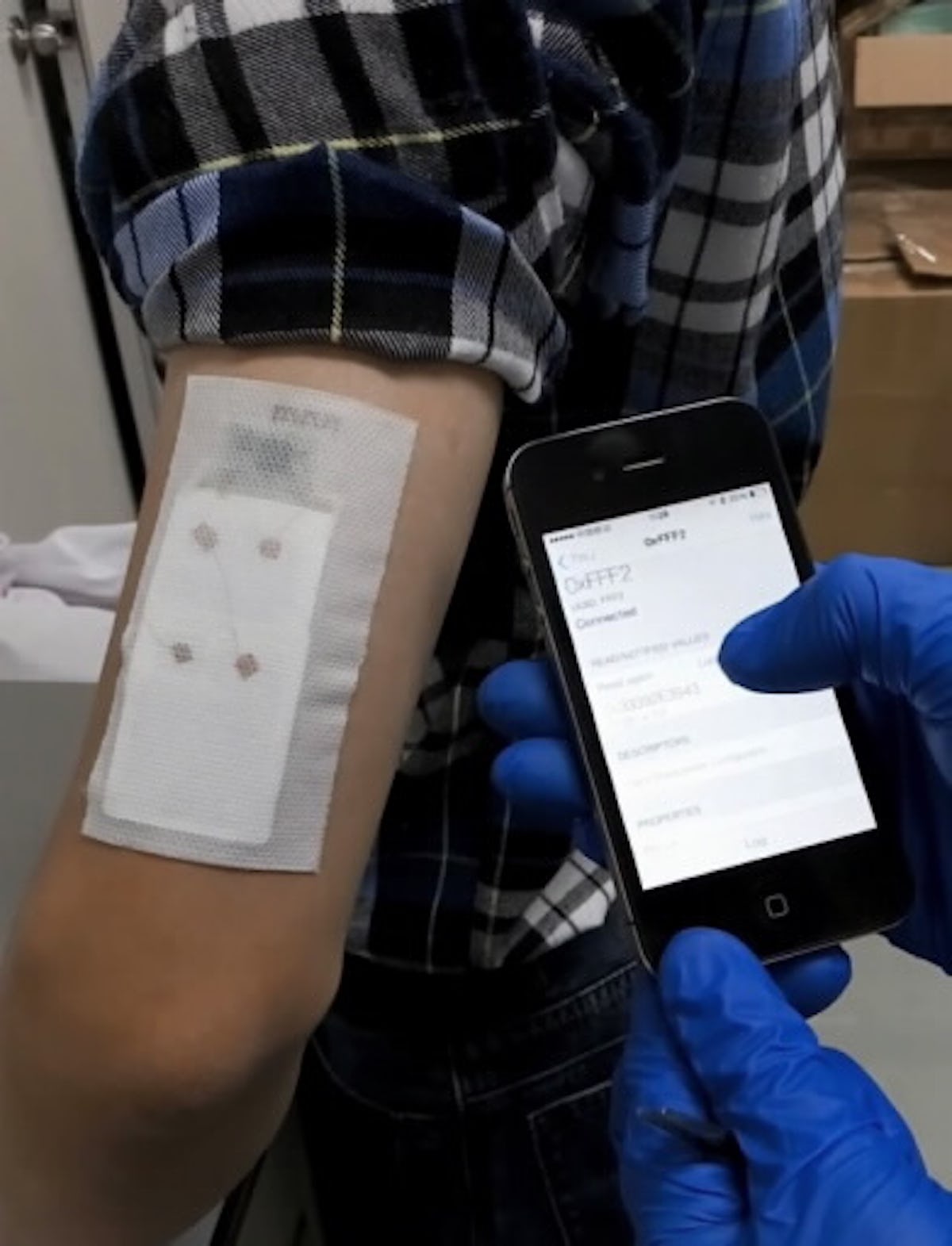 "By combining the COTS (commercial off-the-shelf) components and printed electronic technique, we utilized the best of both world and solved the key issue how to get the sensing signal out wirelessly for a skin patch sensor and the system is much easier to implement and more powerful in functionality than previous approaches. The Bluetooth circuit on a skin patch serves as a platform and different type of sensors can be integrated with the platform for detecting or monitoring physiological parameters of human body and connected wirelessly with a smart device or internet", remarked by Professor Zheng Cui, Director of PERC at the Suzhou Institute of Nanotech, Chinese Academy of Sciences.
Source and pictures: Printable Electronics Research Center, Suzhou Institute of Nanotech, Chinese Academy of Sciences