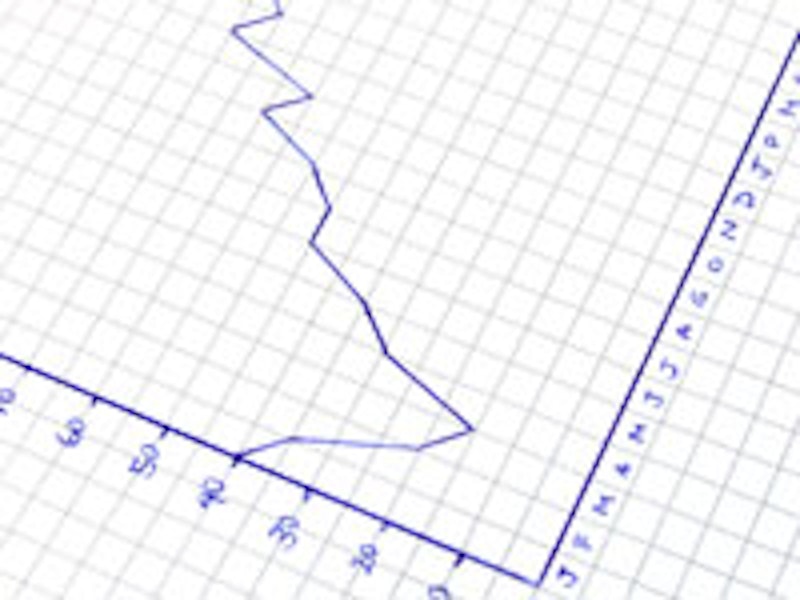 Keeling and Walker is the leading supplier in tin oxide and recently its Dr Stephen Lipiec described the looming crisis with precious indium in the form of indium oxide transparent electrodes, being used on a rapidly increasing output of OLEDs, electroluminescent displays and other products in the world. Indium Tin Oxide (ITO) has very high conductivity and it is transparent, hence it is used for the viewing side of displays. He summarised the situation as follows:
Advantages of ITO
Disadvantages of ITO
The price is already rocketing and IDTechEx understands that, in one blip last year, it hit $1000/kg. Keeling and Walker reported: 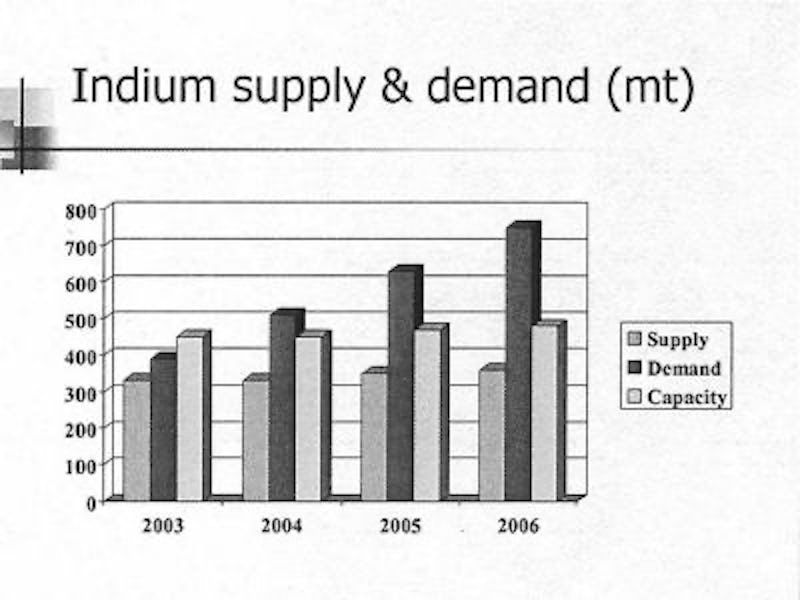 Source Keeling and Walker
Dr Lipiec describes the tin oxide alternative, given that other alternatives such as PEDOT:PSS polythiophene printing seem to be finding only limited scope in the market because of its limitations. His Stanostat CPM10C tin oxide film has 100 ohms per square on liquid crystal display glass and better than 90% optimal transmittance. The problem is a curing temperature well in excess of that needed where low cost polymer film substrates are used - the main potential market.
Keeling and Walker are participating in a two year TC-MAP project in 2007/8 working with Patterning Technologies on ink jet printing of tin-antimony oxide. This is still 90% tin, so cost is low. Thickness will be 10-60nm. The project is focussed on plastic substrates and it is environmentally friendly, leading to an economical and flexible process.
Companies such as Hewlett Packard and others are also working on alternatives to ITO.
For more see www.tinoxide.com