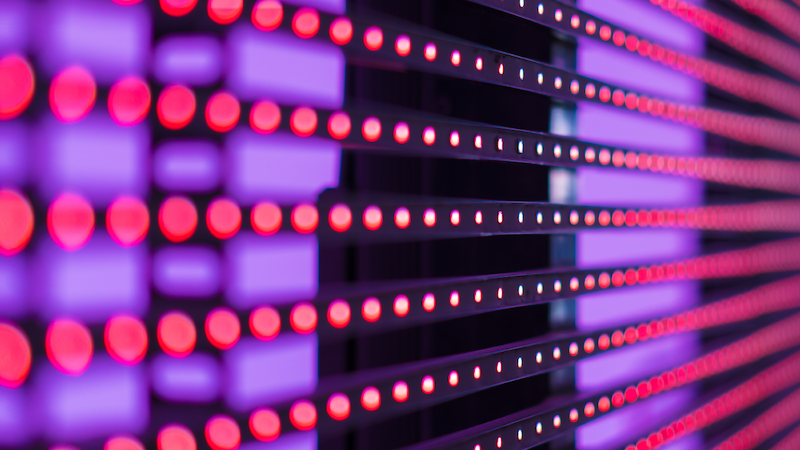 MicroLED, believed by many as the next generation display technology, has been pursued by players from LED, display, OEM, materials and so on. Differentiated from LCD and OLED, microLED is considered to be the only display technology that has no size limitation. What are their potential applications? What are the hypes and realities? These are the questions addressed in the brand new IDTechEx report "Micro-LED Displays 2020-2030: Technology, Commercialization, Opportunity, Market and Players".
The demand for microLED displays can be analysed from two aspects:
For the former, 8 applications shown below are addressed most. They are augmented/mixed reality (AR/MR), virtual reality (VR), large video displays, TVs and monitors, automotive displays, mobile phones, smart watches and wearables, tablets and laptops.

Potential applications for microLEDs. Image source: IDTechEx report "Micro-LED Displays 2020-2030: Technology, Commercialization, Opportunity, Market and Players".
Market penetration is analysed by both the value propositions that microLEDs can offer (demand) and what suppliers can provide (supply). The opportunities are usually in the unique value propositions that a new technology can provide, compared with its competitors.
For instance, LCD displays, which dominate the current display market, are applied in almost all displays under 65". LCDs have their intrinsic limitation to go larger size. OLED are taking an increasing market share mainly in smart phone displays. QD-LCDs are marketed as premium TVs and are accepted by an increasing number of consumers. LED displays are already used in huge public displays. To compete with them, microLED should identify their unique value propositions or value proposition combination to offer advantages.
On the other hand, what can be offered at this stage sets the boundary. For example, in order to be cost competitive, microLEDs should be fabricated into tiny sizes. However, tiny microLEDs have much lower efficiency compared with traditional LEDs used for solid state lighting. The low efficient microLEDs may not be able to offer the value proposition "low power consumption" for applications which require small LEDs and low power consumption.
In terms of cost, the cost of the front plane of a typical microLED display is dependent on the number of LEDs, instead of area, which is different from OLED and LCD. This is why fabricating a smart phone with the same resolution of a TV may result in similar cost projection, rather than orders of magnitude lower expectation.
Therefore, it is significant to understand different technology approaches behind each application and to get clear assessments on their possibilities and opportunities.
To create new display market requires features that cannot be or hardly enabled by alternatives. Typical examples include displays with customized shape and displays with sensor integrations. The emerging new displays expand our imagination beyond existing displays and help to get to the world with ubiquitous displays.
For a complete analysis of different applications, cost, technology, market and opportunities, please refer to the brand new report by IDTechEx, "Micro-LED Displays 2020-2030: Technology, Commercialization, Opportunity, Market and Players"