RFID - Best to be on the Right Side of the Law

The prices of RFID tags and systems vary widely between applicational sectors. To some extent this is driven by their various levels of required complexity but the primary driving force is the competitive landscape of both the user and the supplier. Electronic Article Surveillance labels are anti-theft devices that are not RFID because they have no ID. They are simply detected as there or not there. However, there are lessons for RFID in the history of anti-theft labels because they work at radio frequencies and are made in a similar way to the label and label-like products that are the future of highest volume RFID. Because they have been around for longer and employ cheaper components, they are sold at the prices and volumes that the highest volume RFID tags will only achieve in many years from now. To some extent, they show the road ahead. Then we have the leading types of RFID tag sold today. Not surprisingly, the lower the price of these, the higher the volume being sold in 2007, as the figure shows. No matter that many of the EAS and RFID food labels are mandated by the major retailers, they all lie on one broad price volume sensitivity curve. 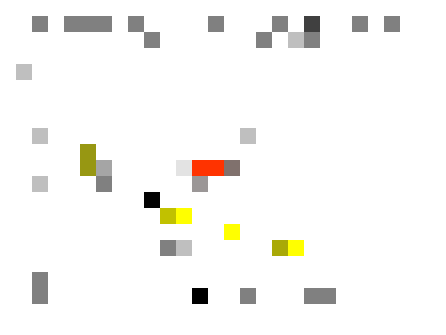 Source: IDTechEx RFID Forecasts, Players, Opportunities 2007-2017
In a different world lie RFID tags and attendant systems demanded by law, notably for animals. In Canada, Uruguay and many other countries, cattle must be tagged by law. Allflex of Australia is in the lead here, with Aleis of Australia and Automatic ID of Canada among the leaders. In Australia it was cattle tagged by law from 2005 but racehorses from an earlier date. In New Zealand it is dogs as of 2006, because of disease control. In other countries the tagging is required as a pet passport, a proof of rabies vaccination or even proof of payment for a dog license. With livestock, the tagging of all four-legged animals can usually be expected to follow the tagging of cattle but the European Community will reverse the order, the tagging of cattle becoming law in 2010, after the tagging of other livestock becomes law in 2008.
Add to that a buoyant "voluntary", but still government driven, market, where Digital Angel alone has landed orders for about $20 million for fish tagging systems in the USA in recent weeks and you have a higher price-volume sensitivity curve as we show in the diagram. IDTechEx expects this to continue, with nearly one billion animals tagged in 2017, not least because China will bring in its own laws. There are 150 million pet dogs in China and Sichuan province alone has more pigs than the whole of the USA. Then there is the challenge of tagging 25 billion chickens in China alone. Avian flu killed over 20 million people in 1919 with mortality of five percent of those infected. It has returned twice since then in milder form and now it is trying again. However, this time 61% of the 270 people infected have died. Lille wonder that governments are paying attention.
The bottom line is that it is best to supply RFID markets driven by law. In future, that may, for example, involve tires under the US TREAD Act, where Intermec and Advanced ID have the right technology. Next best is markets driven by robust government demand, such as the military sector where Lockheed Martin, Odin Technologies, Motorola and others lead the RFID pack.
For more read the new reports RFID Forecasts, Players, Opportunities 2007-2017 and RFID for Animals, Food and Farming 2007-2017 and attend RFID Europe in the UK on September 18-19 www.idtechex.com/rfideurope.