Why Samsung will re-enter the OLED TV market 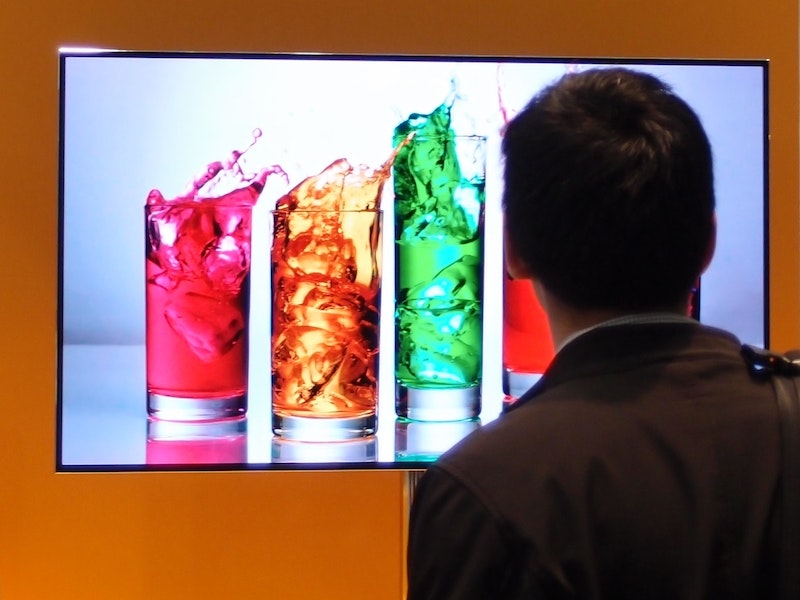 Last week the Korea Times reported comments made by LG Display CEO and Vice Chairman Han Sang-beom. According to the article, Han expects Samsung Display to re-enter the OLED TV market at some point. "I believe this issue is a matter of timing," he is quoted saying.
LG already commercialises a range of OLED TVs. Samsung has so far focused only on small OLED displays for consumer electronics (smartphones, wearables, and tablets) while offering large transparent displays for retail and signage. Back in 2013, Samsung had one model of OLED TV on the market (the 55 inch KE55S9C) but the company never went in mass production. The product was soon discontinued and Samsung let its rival LG become the only manufacturer of OLED TV panels.
However, this decision has left Samsung with a dilemma. Since 2009, they have put a lot of effort in promoting OLED as the best display technology for smartphones and tablets. OLED has played a large part in the success of the Galaxy line of Samsung smartphones. It is therefore difficult for Samsung to denigrate this technology in the TV space when they actively encourage the adoption of OLED in the mobile space.
Meanwhile LG has benefited from the marketing push to the extent that many consumers are now convinced that OLED is the best technology for displays. LG Display plans to ship over a million OLED TV panels in 2016, which would be more than double the output from last year. TV is expected to be one of the fastest growing segments of the OLED display market. 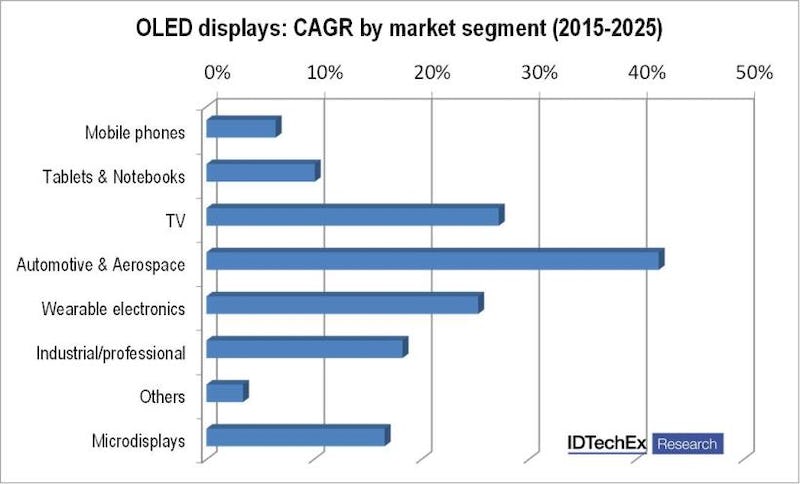 Source: IDTechEx report "OLED Display Forecasts 2015-2025: The Rise of Plastic and Flexible Displays"
It therefore makes a lot of sense for Samsung to re-launch a line of OLED TVs . But the company wants to make sure that cost will be competitive. Three years ago, their 55-inch TV was priced at $9,000. One way they can achieve lower production costs is through inkjet printing. Patterning OLED layers with shadow mask deposition is typically a wasteful process. Inkjet can potentially achieve a much better material utilization rate.
Samsung has already invested in Kateeva, a manufacturer of large inkjet printers for the display industry. The main problem is still material performance as solution processed OLED have always shown lower brightness or lifetime. However, with companies such as DuPont actively developing better printable materials, there is hope that the performance level will be good enough for consumer products.
Another reason to switch to printing techniques is the potential to manufacture quantum dot LED (QLED). This type of display has a similar structure as OLED but uses quantum dots instead of organic semiconductors. QLED could be considered the successor of OLED, built on the same foundations. However, quantum dots are solution processed and this means they will need some form of printing to be deposited. It therefore makes sense to develop the process for printing OLED and later leverage it to manufacture QLED displays.
When Samsung decides to re-enter the OLED TV market, it will not be only as a matter of pride. This will be a strategic investment that will set the display technology roadmap for years to come.
Top image: G. Chansin