The Gyeonggi-do Europe Business Center has been established in Korea to help European companies enter the Korean market. Working with IDTechEx's Client Introduction Service, the two institutions will provide a bridge for European companies into Korea, such as matching companies, technology scouting, consulting in the early stage of local commercialization, providing office space and connecting European companies with small and medium enterprises in Korea.
The Gyeonggi-do European Business Center opened in April 2016, located at the Suwon Gwanggyo Business Center in Gyeonggi-do. Gyeonggi Province set up this initiative to attract ventures and partnerships between foreign and domestic companies.
Gyeonggi Province is home to one-third of the Korea's SMEs as well as world-leading enterprises such as Samsung Electronics, LG Electronics, Hyundai-Kia Motors, and LG Display. The province supports major industries such as IT, semiconductors, display and automobile industries having total 761,000 SMEs including 9,800 venture companies and more than 3,500 multinational companies.
At the opening of the center, Nam Kyung-pil, the governor of Gyeonggi Province, said, "Gyeonggi Province has established the first Science and Technology Promotion Agency among local governments and has been making efforts to commercialize future technologies such as Fintech, Robotics and IOT. We plan to build the largest start-up campus in Korea, fostering 1,000 start-ups in 2019, and plan to complete the 2013 Pangyo Zero City project with KRW 1.5 trillion, which is a demonstration city that utilizes ICT infrastructure such as domestic high-speed communication network."
Since the Gyeonggi-do European Business Center was established examples of achievements include:
1. IDTechEx presented at the 3D printing seminar, meeting with 50 companies in Gyeonggi-do who seek to collaborate with European companies.
2. The Korea Technology Venture Foundation of Russia (RVC) and the Russian Venture Company (RVC) cooperated with Gyeonggi Science & Technology Agency and the Gyeonggi Small & Medium Business Association on an event, attended by more than 40 Russian companies
3. A networking event co-hosted by German Concept Laser and the 3D printing research association. 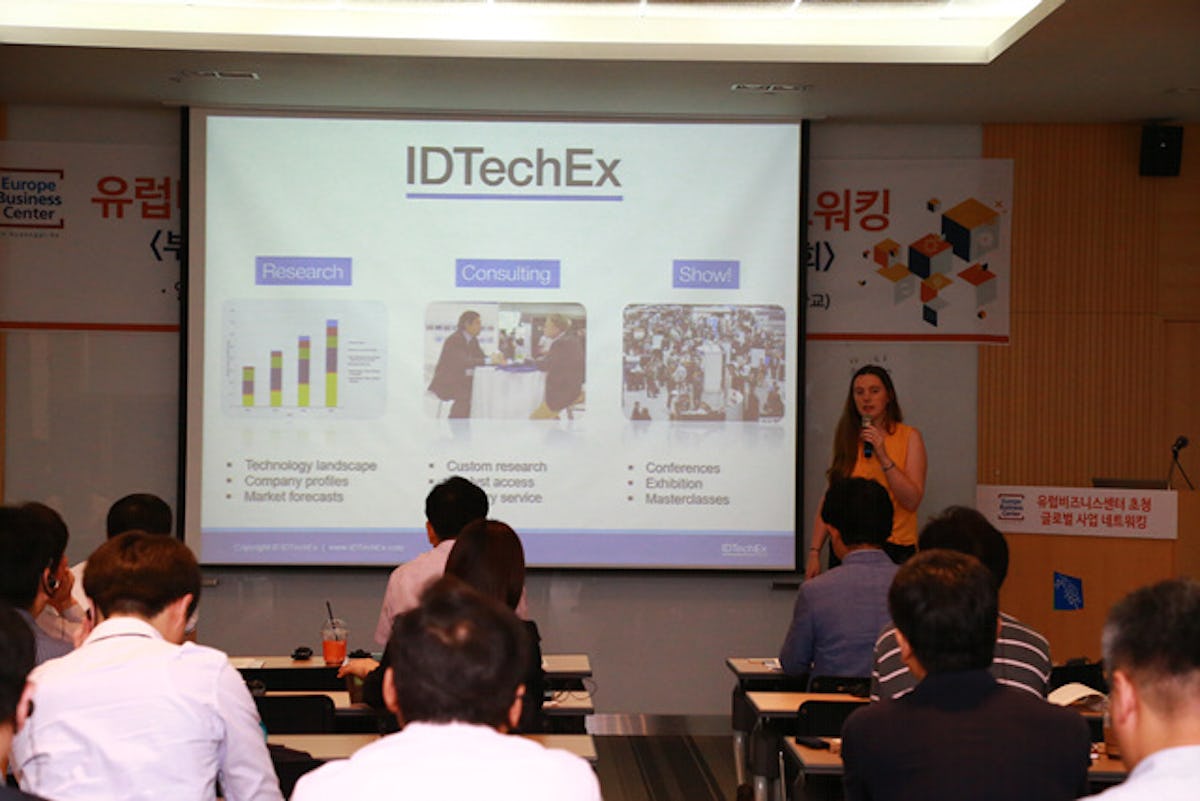