The conference held 1-5 September 2008 in Valencia, Spain encompassed all types of technologies for solar cells, each in different stages of commercialization.
Solar cell integration
The design of innovative products with solar modules integrated in them proved to be quite popular, with companies such as ODERSUN and Konarka working on flexible cells and showcasing solar bags with a module integrated in the design. 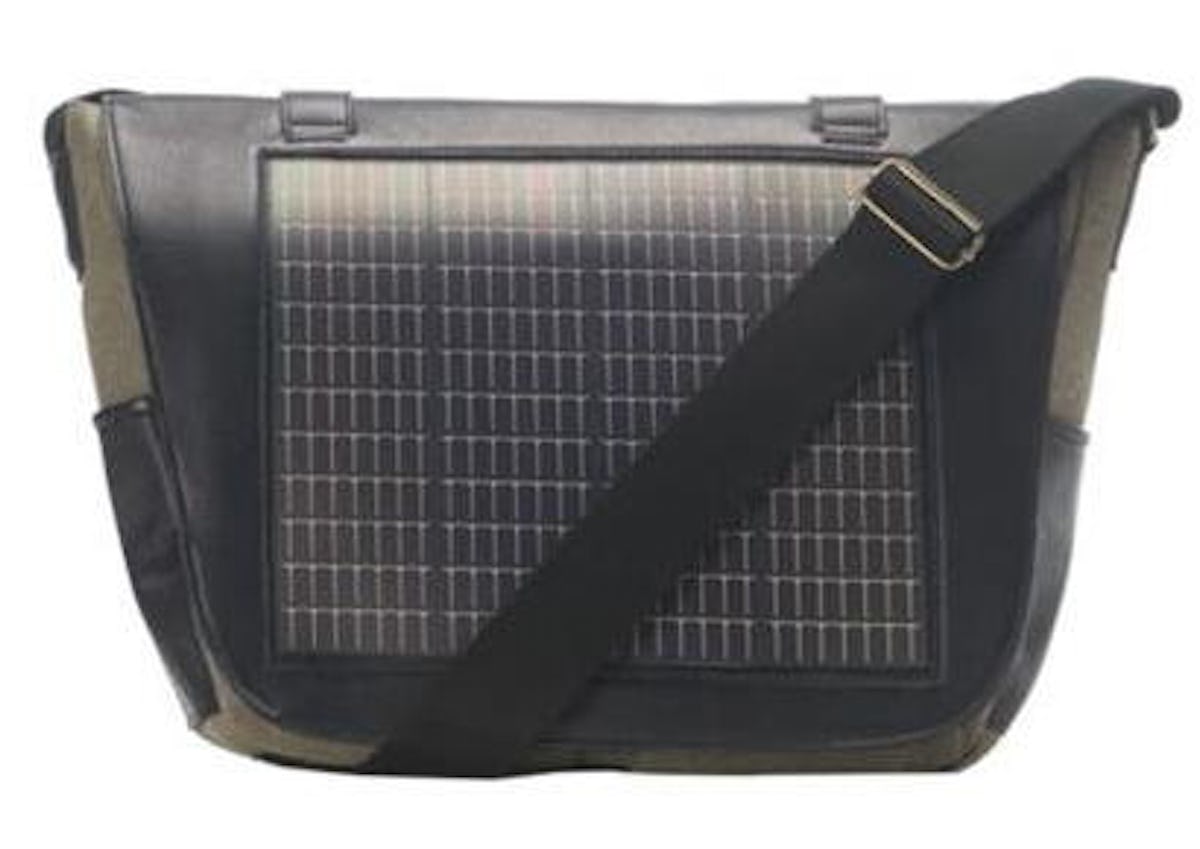 The Noon leather bag, incorporating Odersun technology, priced at US$400- US$500
Global solar, manufacturers of flexible CIGS are also working on launching portable solar chargers for mobile phones, mp3 players etc.
A very interesting proposition came from AcerRay, a company based in Taiwan working with GaAs solar cells. They integrated the highly efficient cells into fashion accessories such as bracelets and ornaments for bags, as seen in the pictures below. 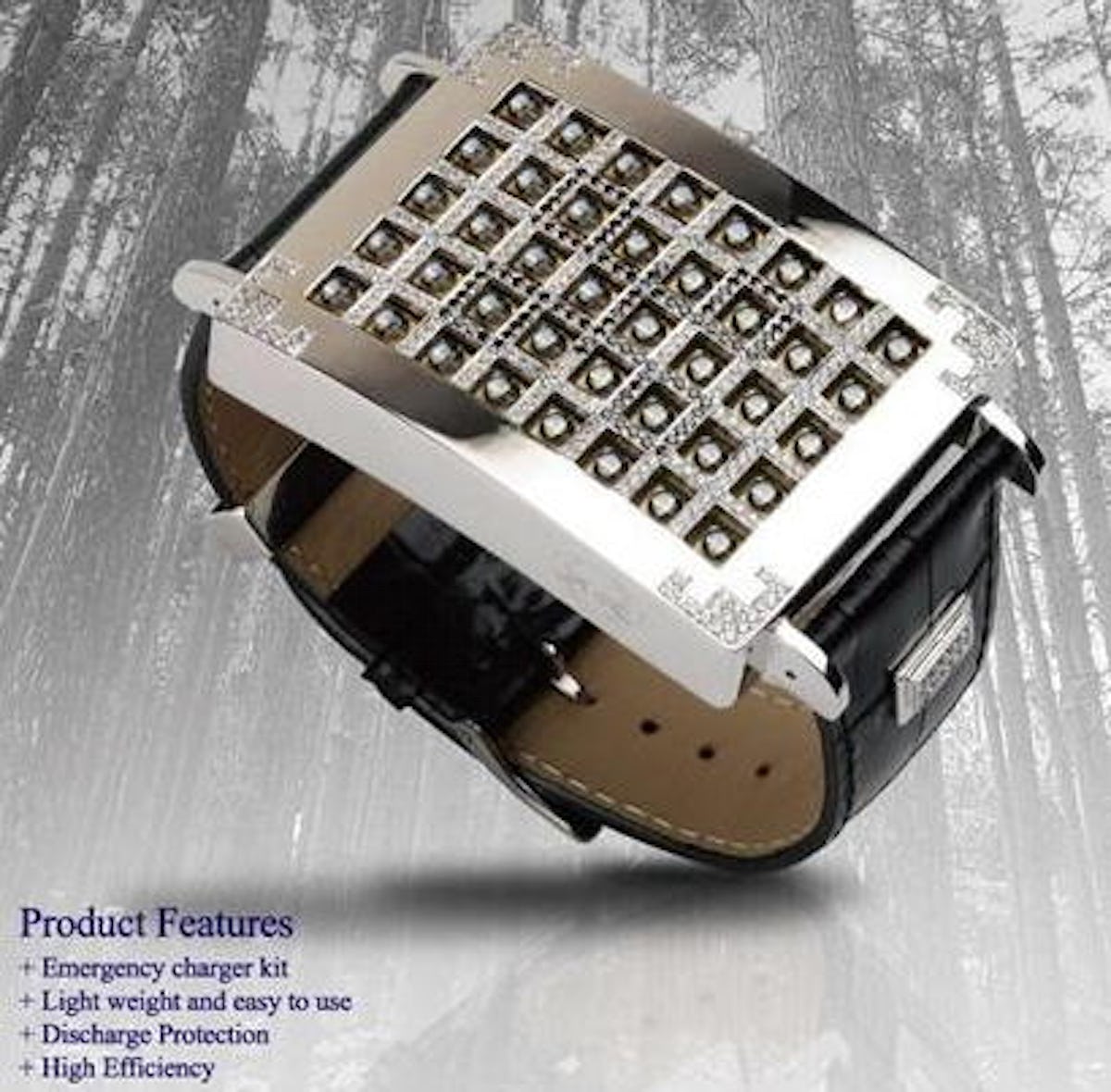 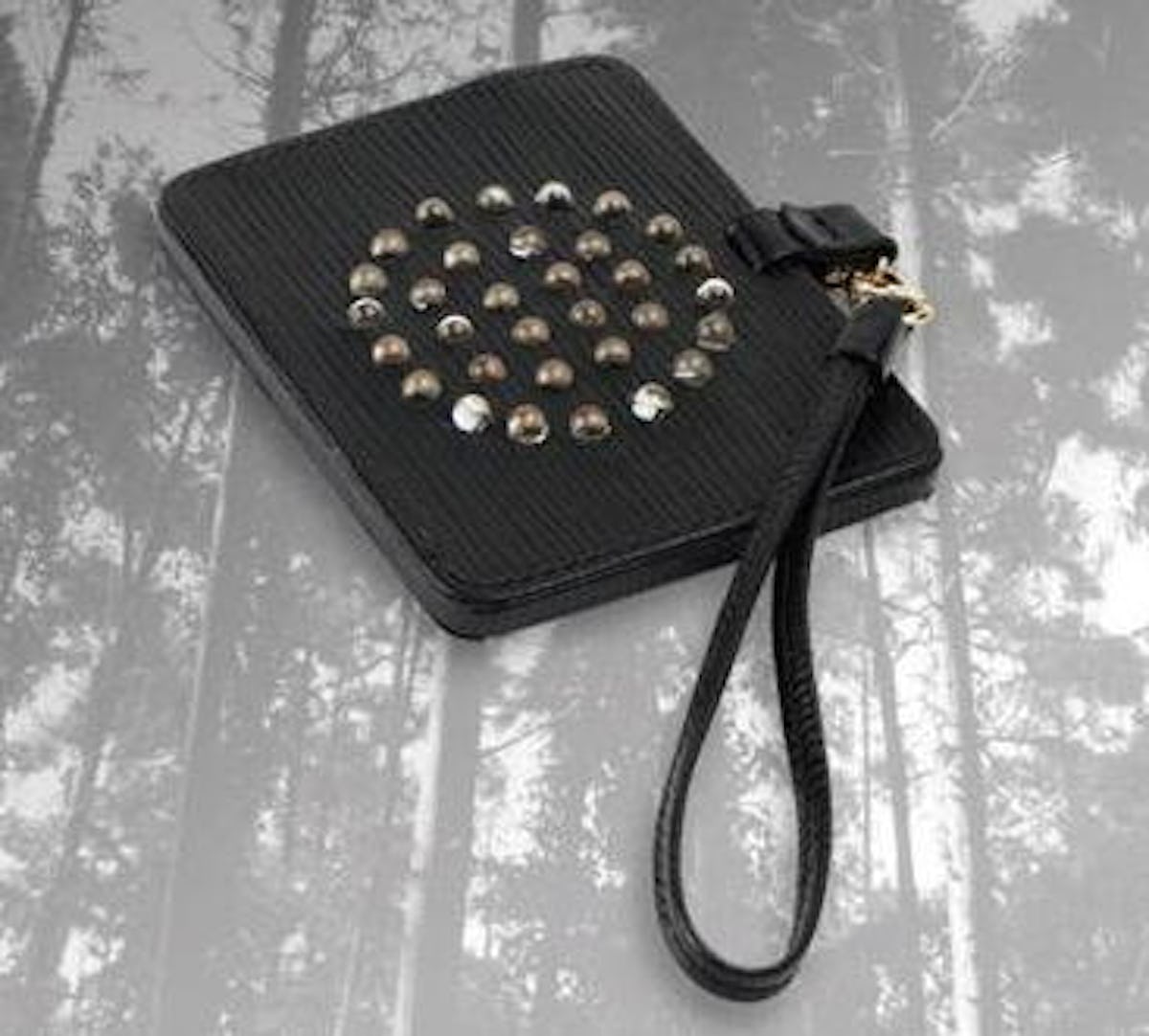 The company is already shipping samples and actively looking to "penetrate the market with style".

Silicon
Silicon technologies dominate the solar cell market, accounting for more than 95% of cells produced. Improvements in competitive technologies have pushed silicon technologies forward in terms of efficiency as this part of the industry is not ready to relinquish its leading position any time soon.
Two very interesting technologies where discussed:
CIGS
The AIST in Japan presented their mini-modules of 1cm2 with an efficiency of 18% and discussed their mission of achieving small area cells with efficiencies over 20% and flexible modules with similar efficiencies to rigid ones.
The Helmholtz Zentrum in Berlin presented work on replacing CdS in the buffer layer with In2S3 in order to avoid the use of toxic cadmium.
According to researchers in the Helmholtz Zentrum the price of Indium wouldn't be an issue in the foreseeable future. They modeled the range of coverage of the material and its impact on In-based thin film technologies, concluding that its scarcity wouldn't be an issue until at least 2030, with a lifetime/ dynamic range of coverage stretching to 2083.
DSSCs
Researchers in Tokyo University worked on the fabrication of a 10cm x 10cm DSSC cell that achieved 9.4% efficiency, the target is an efficiency of 8% on 30cm x 30cm cells by 2010, and that is because the cost of it is equal to the current cost of electricity in Japan. The long term stability results also look promising for eventual commercialization.
Solid state DSSCs, the "kid brother" of DSSCs were also discussed due to the possibility of avoiding the use of corrosive liquids. The increase of their efficiency remains a challenge though, due to the need for very thin films that make it difficult to harvest adequate amounts of light.
Solar Concentrators
The Fraunhofer ISE and Utrecht University also work on fluorescent concentrators. Work on this type of technology is also being conducted in the USA at MIT. Some of the advantages of this technology are:
Fraunhofer achieved efficiencies of 2.8% with the simplest configuration of concentrator and a GaInP solar cell, whereas 4 parallel cells with a longer concentrator led to efficiencies of 6.7%.
The University of Utrecht, using an 18% efficient Si cell achieved maximum efficiency of 4.24% and average yearly efficiency of 3.84% , due to the different spectral contents of incident light throughout the year.
Top image: Large a-Si panel by signet solar, displayed outside the conference venue
For more attend Printed Electronics Asia 2008 or Printed Electronics USA 2008.
Also read Printed and Thin Film Photovoltaics and Batteries.
Click here for part one of the article.