On Wednesday Plastic Logic held the formal opening ceremony of its new manufacturing plant in Dresden, Germany. Susann Reuter from IDTechEx attended. It was a very impressive ceremony with about 250 people, including German politicians (Minister for Traffic, Construction and City development; Saxon's Minister President; The Dresden Mayor), founders (Sir Richard Friend; Professor Henning Sirringhaus), former Plastic Logic CEO and IDTechEx Printed Electronics Europe 2007 Champion - Stuart Evans, investors (e.g. Hermann Hauser; Invest in Germany), equipment suppliers (e.g. SunTech from Japan) construction companies, the local "science VIPs" (e.g. Professor Karl Leo) and many media.
Plastic Logic has maintained a fast schedule - its aim seemingly is to create a multi billion dollar business using organic semiconductors to form transistors, initially to drive electrophoretic displays for e-reader products. It has raised $250 Million so far, and will shortly raise a further $50 Million to ensure the continued scale-up of production, which looks to be on target. To the knowledge of IDTechEx, no other company in the World has invested as much money in the development and commercialization of organic semiconductors, and even the number two is a long way behind in terms of investment level. 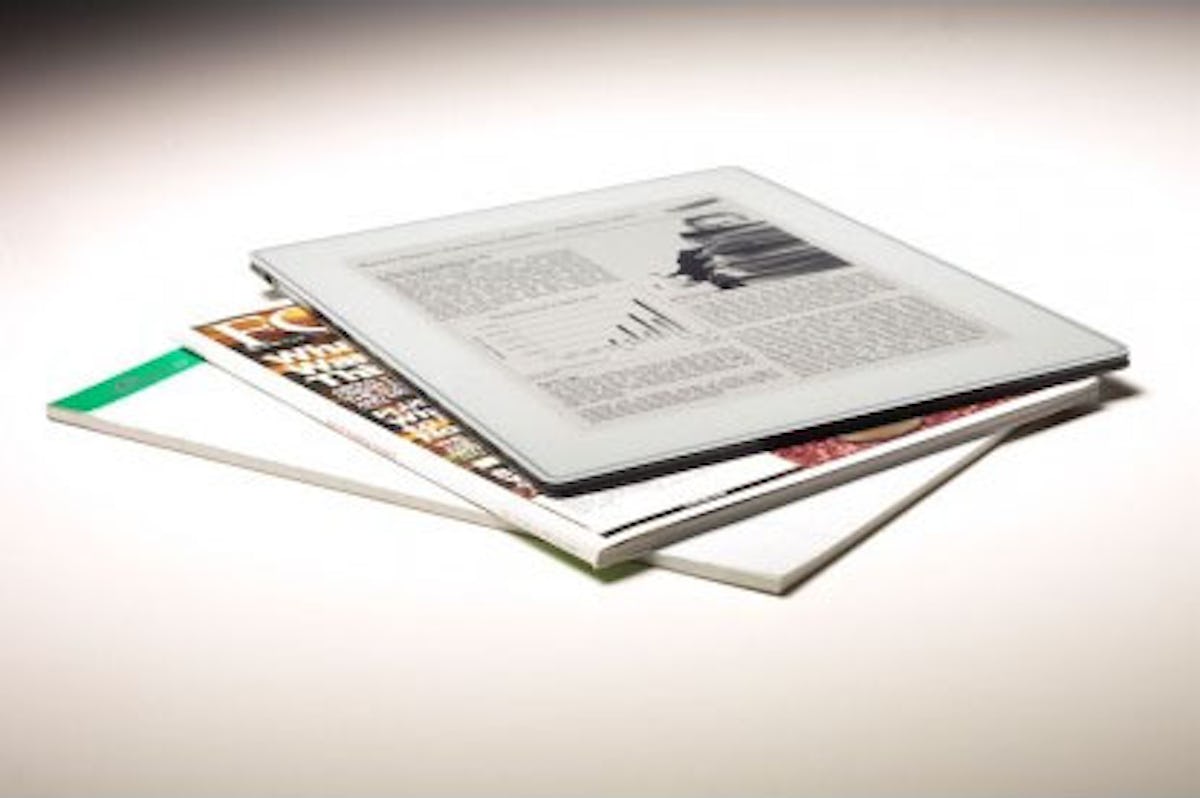 Plastic Logic told IDTechEx that they will be launching their own Plastic Logic branded e-readers - and not make OEM displays for other brands. We note that Plastic Logic is rightly investing in the design interface - it is crucial to replicate the iPod interface success. IDTechEx note that they have hired executives who were previously at Apple and Adobe.
So how does this e-reader stand out from the 11 other e-readers on the market (of those, 10 include the E ink low power reflective display - one uses an LCD)? Plastic Logic's device (which also uses an E ink display) is the largest of all - it is A4 sized. It is also the only one to use a flexible plastic substrate, making it thinner yet more robust than the competition - this isn't delicate rigid electronics that has to be cased in thick plastic and metal enclosures like laptops. On first impressions it also looks to have the most intuitive design, incorporating a touch screen.
The product is targeted at business users, "Research confirms professionals read much more business content than recreational content. They require access to all formats of digital content at their fingertips and want a large readable screen," said Plastic Logic CEO Richard Archuleta.
The software platform and price of the unit will be disclosed at its launch next year. The display will have a resolution of 150ppi and it is 960 x 1280. Plastic Logic told IDTechEx that the product will be sold in the US first. 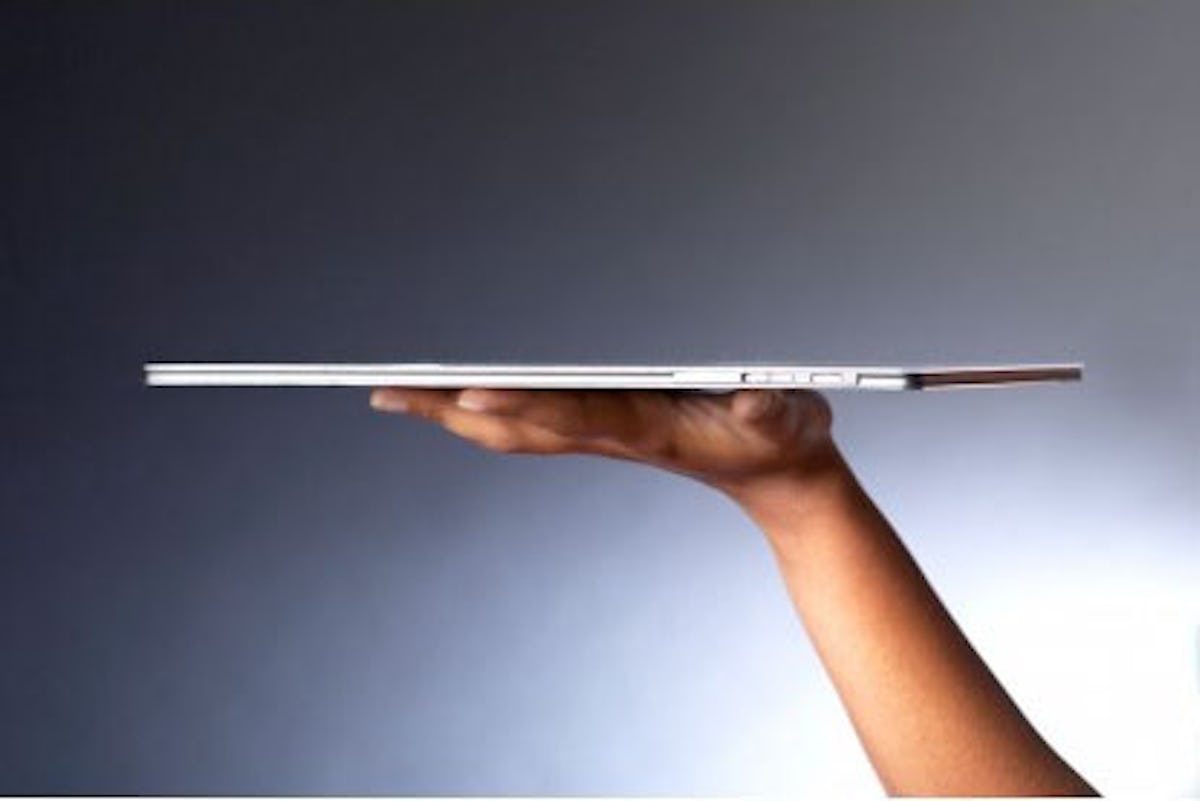 The Dresden factory, capable of producing hundreds of thousands of displays annually, is set to begin volume production of the display, which is scheduled to come to market in early 2009.
Plastic Logic's Managing Director and Vice President of Manufacturing, Konrad Herre, said: "Our on-time opening of this first-of-its-kind facility was made possible by the ingenuity, dedication and tireless efforts of our employees both here and in the UK, our ability to enlist and collaborate with a group of world-class suppliers, and the strong commitment of German officials and our investors." 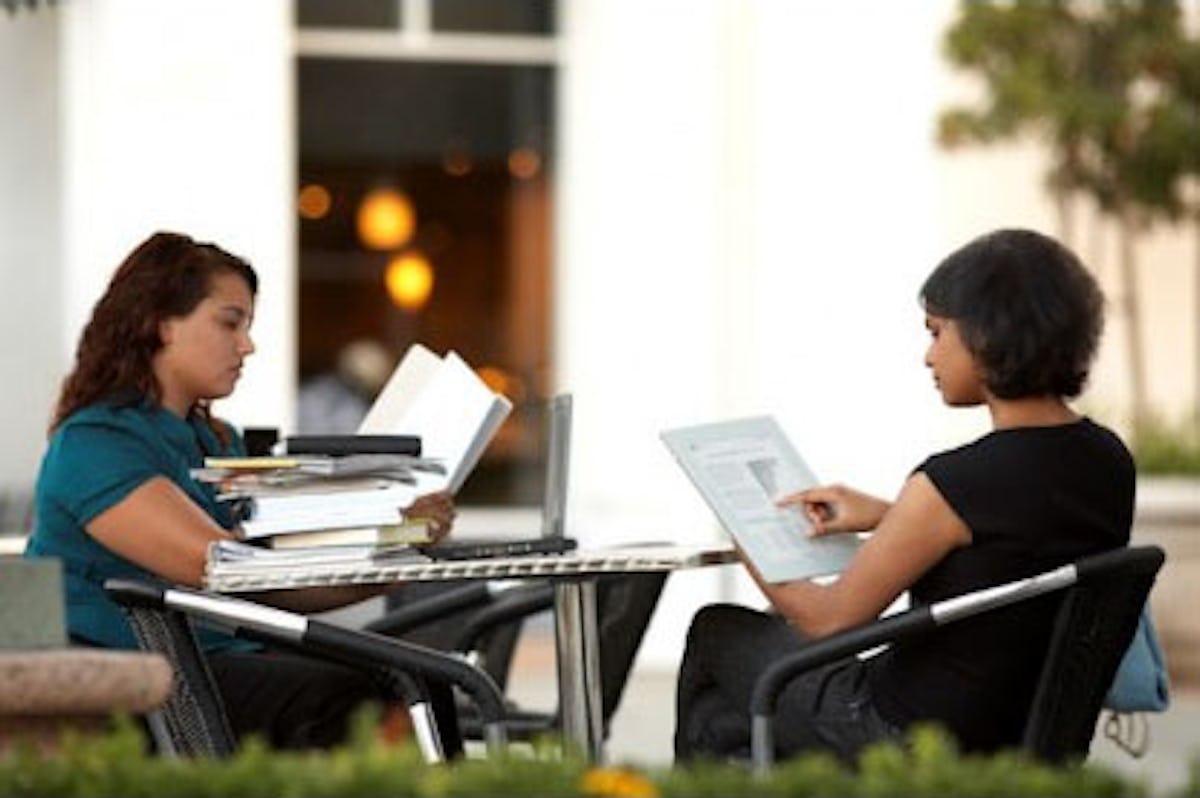 For more information, see a video of the product launch on the Plastic Logic website at www.plasticlogic.com