Last week IDTechEx covered Plastic Logic's opening ceremony in Dresden, Germany, where they previewed their large, thin and lightweight e-reader, aimed at the business market. Their impressive e-reader has the largest display of all commercially available e-reader products (the device is the size of an 8.5 x 11-inch piece of paper - although this includes the frame so the screen is slightly smaller). Now two more e-reader products have been launched with similar size screens.

The first is from Brother Industries, Japan. The device has a 9.7" diagonal screen and is just 12.4 mm thick (the thinnest point is 8mm) and weighs 380 grams. The display resolution is 1200 x 825 with four levels of greyscale, with a 150 dpi definition. Brother Industries has not stated who the supplier of the e-paper front plane technology is, which they confirm is sourced externally, but looking at the images shown IDTechEx expect that the supplier is E ink, who supply front planes for other e-readers. 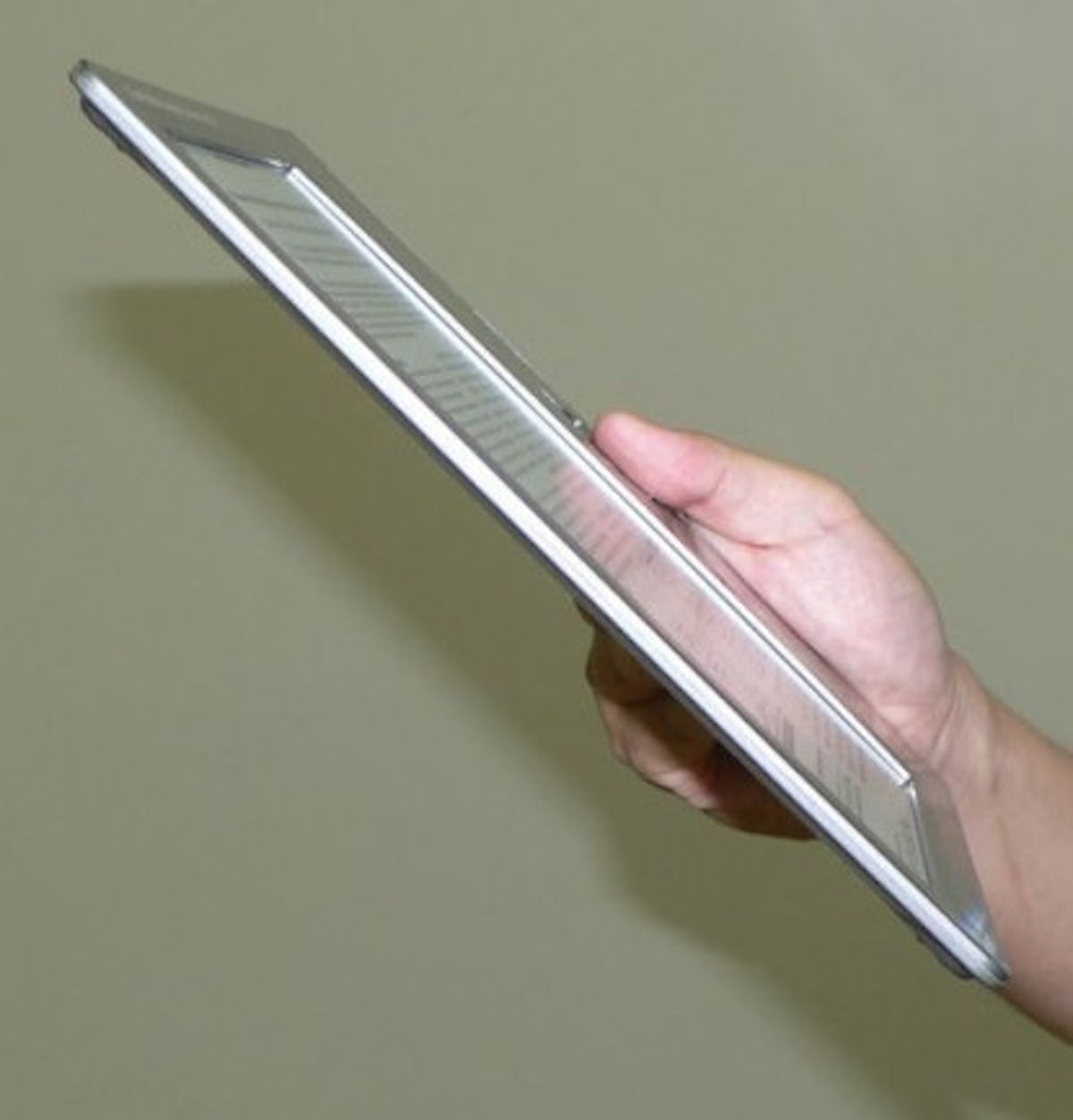 Source: Nikkei Electronics
Brother trialled these units at a conference in Japan in June, putting the conference presentation papers on the e-book rather than have attendees carry around a voluminous report. Brother report that they developed this product because the current e-readers are too small and the need is for readers which can view an A4 page. The device they developed is A5 sized, which they claim allows for an A4 document still to be easily read when it is scaled down.
Brother report that after further consumer tests they will start to sell the device in 2010. In particular, they are working on the software and content. 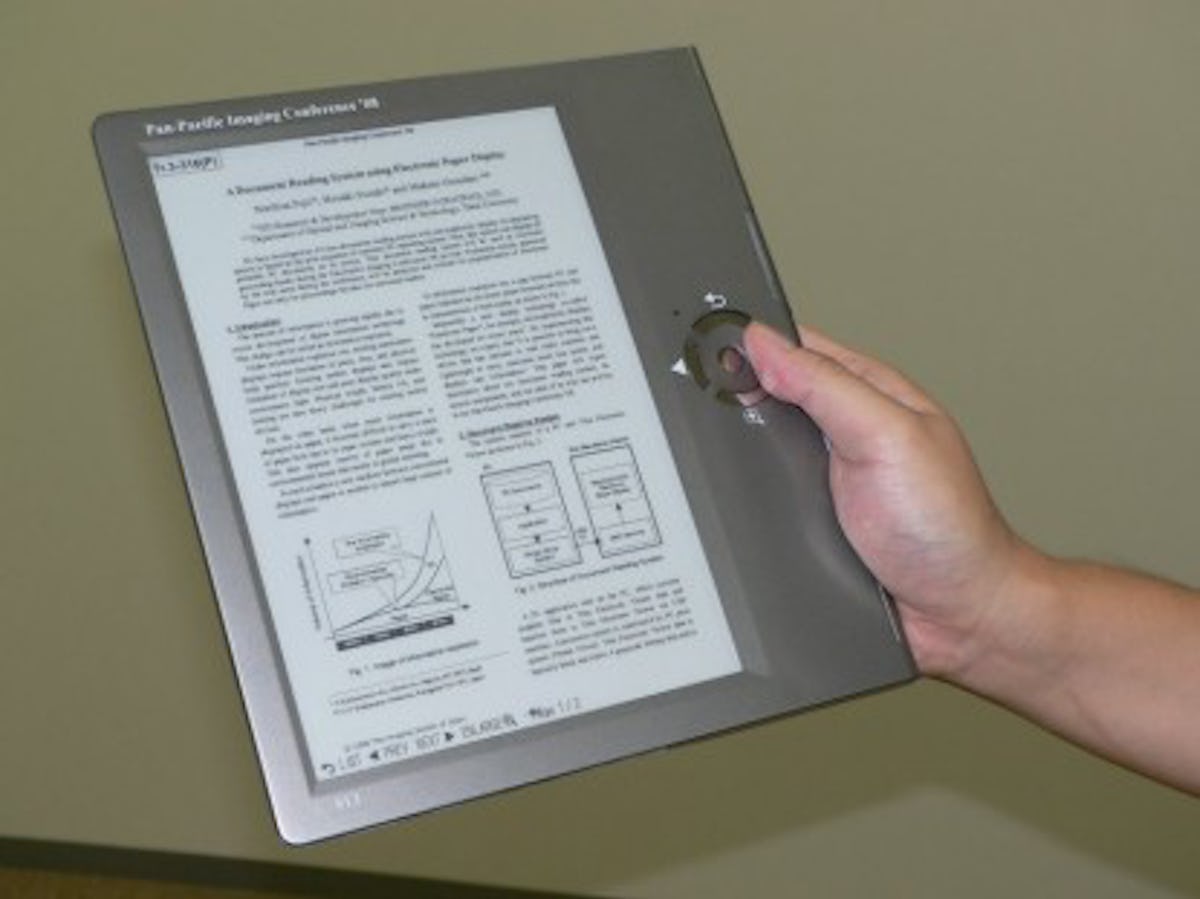 Yesterday iRex Technologies, a spin off from Philips Electronics, launched a new e-reader product with a 10.2" diagonal screen - called the iRex 1000 series. The device is 12mm thick and weighs 570 grams. The display has 16 grey tones, where most current e-readers only have four to eight. It has the highest resolution display of any e-reader so far: 1024 x 1280 160dpi.
The device is being aimed towards business users and students, "Tax specialists, accountants and lawyers that previously had thick piles of documents can carry them in their digital reader; students and academics can easily save their textbooks in the device," says iRex CEO Hans Brons. "Government and public sector organisations can make minutes and reports available electronically whilst medical specialists can have all their patient information and key texts at their fingertips. Plus, in addition to their professional documents they can also have their e‐books and newspapers available." The device uses an E ink display and incorporates a touch screen. 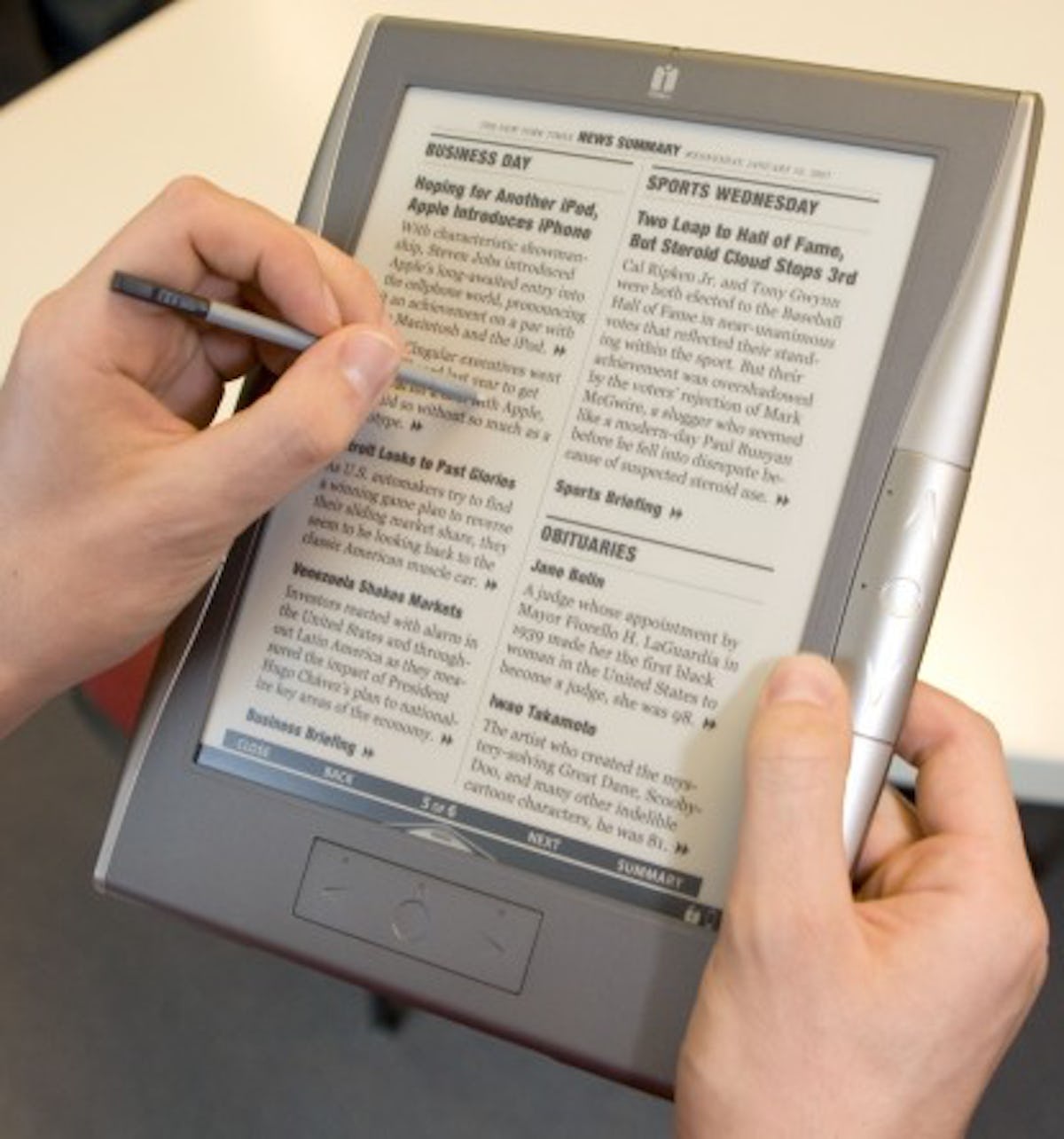 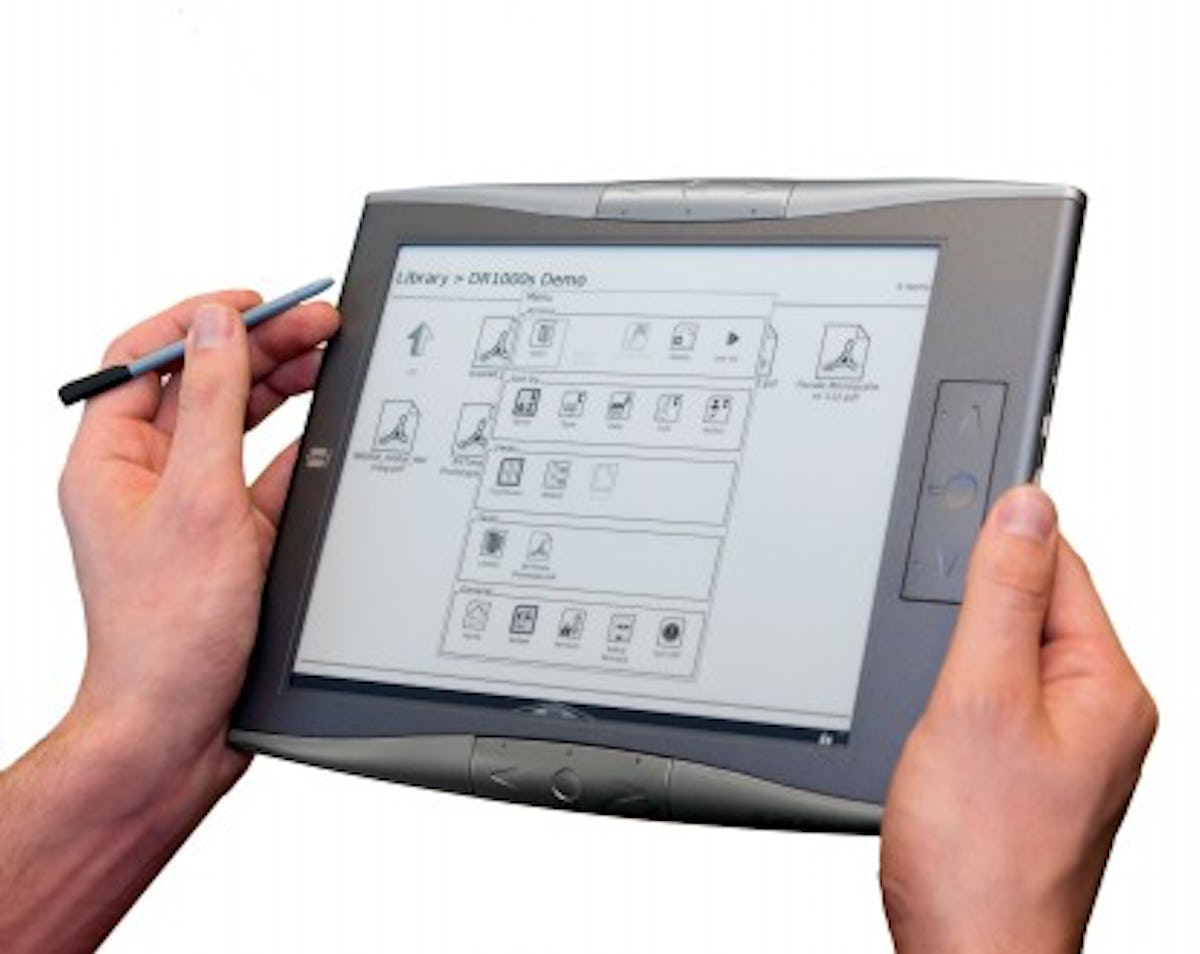 Source: iRex Technologies
Given the recent surge in products using electrophoretic displays - for e-readers, magazine covers and other applications - IDTechEx will meet with the leading supplier of the technology, E ink, in Cambridge, MA. Read our full report in Printed Electronics World on Thursday.