Flexible consumer electronic devices are now a reality, and as forecasted by IDTechEx in the launch of the first ever market research report on the topic of barrier films for electronics almost ten years ago, innovation in encapsulation was one of the critical requirements that needed to be met in order to realize commercially viable consumer products.
Today, challenges of previous years are giving their place to new ones, being an integral part of bringing innovation to market, and they are discussed in detail in the new report by IDTechEx Research, Barrier Layers for Flexible Electronics 2017-2027: Technologies, Markets, Forecasts where it is forecasted that the market for flexible encapsulation will reach approximately $913 million by 2027. By now, the discussion has moved on from "when are we going to see the first flexible display?" to "Should I integrate the deposition of barrier layers in my manufacturing process or identify a barrier film supplier?"
The answer to the latter is, it seems, very application specific.
Barrier film or TFE?
Quantum dot (QD) backlit LCDs are a great example of a new technology being launched into the market with a barrier film as part of its componentry. There's a level of skepticism on what type of barrier film is required in a quantum dot enhancement film for instance, in order to protect the dots from moisture ingress, and that has led to a slower than expected initial growth. Suppliers of barrier film and display manufacturers are trying to find a balance between water vapor transmission rate requirements, price points, and decisions on whether cadmium toxicity will be a major drawback in the long run. Nanosys's work with Samsung seems to have answered the question for the Korean electronics giant that's moved towards cadmium free quantum dot solutions.
Enabling fully flexible OLED displays is also a key target for Samsung, as well as for LG and most every other developer of OLED technology worldwide, and moving from current generations of devices -which start with a flexible display but end up in a rigid final product- to fully flexible, bendable, and foldable form factors is the endgame. Display manufacturers choose the integrated approach of thin film encapsulation (TFE) in line with the display manufacturing process in this case, rather than the use of a barrier film bonded onto the display with an adhesive.
Of course, in order to achieve these fully flexible end products, additional challenges such as alignment issues, flexibility of the rest of the components in the complete portable device etc. must also be addressed. From a barrier perspective, the key challenge is to make encapsulation even better than it is today, with a reduced thickness profile. Atomic layer depositions seems to hold some of the answers to this challenge.
The emergence of Atomic Layer Deposition (ALD)
The latest news from technology developers and tool suppliers are showing a surge of interest in ALD, for the superior quality of deposited inorganic layer in the barrier stack that can be achieved, that's practically defect-free, and in addition at a reduced thickness. Lower thickness allows for higher flexibility when compared to inorganic layers of higher thickness produced via PE-CVD for instance, the workhorse in barrier film manufacturing to date. We are now seeing companies like LG working with Jusung Engineering as their tool suppliers, bringing their proprietary hybrid PE-CVD/ ALD tool into the game, thus benefiting from the higher speed of PE-CVD and the excellent quality of an ALD layer into the overall deposited stack. 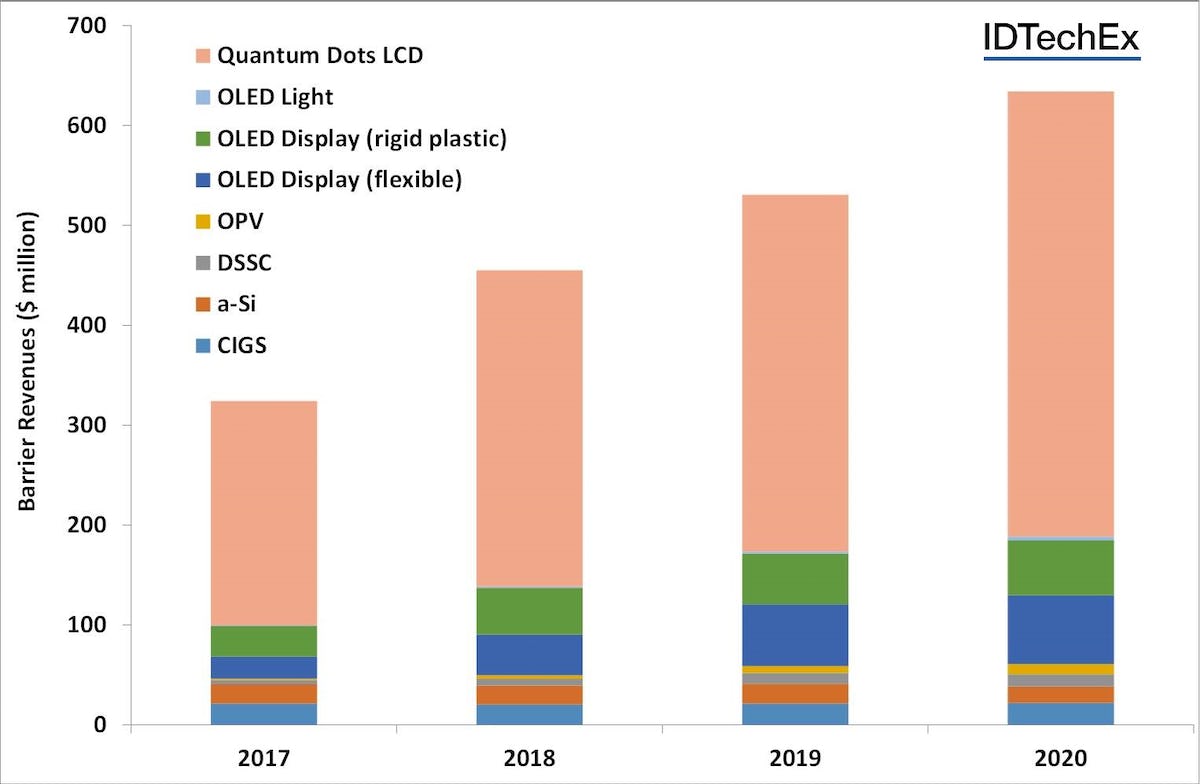