Printed and potentially printed thin film technology often enhances the performance of devices, the terahertz transistor being an example. Here is another one. Nextreme reports that solid-state thermoelectric devices have long been sought after as a solution for challenging thermal management and energy harvesting problems.
The core component of a thermoelectric module is a thermocouple - two dissimilar semiconductors (referred to as p-type and n-type to describe dissimilar electrical conduction mechanisms in the two materials) connected together by a metal plate. Electrical connections at the top complete an electric circuit. Thermoelectric cooling (TEC) occurs when current passes through this thermocouple, in which case the thermocouple cools on one side and heats on the other by a phenomenon known as the Peltier effect.
Conversely thermoelectric generation (TEG) occurs when the couple is put in a thermal gradient (i.e., the top is hotter than the bottom), in which case the device generates a current, thereby converting heat into electrical power by a phenomenon referred to as the Seebeck effect.
Nextreme gives schematic representations of these effects as shown in Figure 1.
Figure 1: Schematic representations of a PN-couple used as TEC (top) based on the Peltier effect or TEG (bottom) based on the Seebeck effect 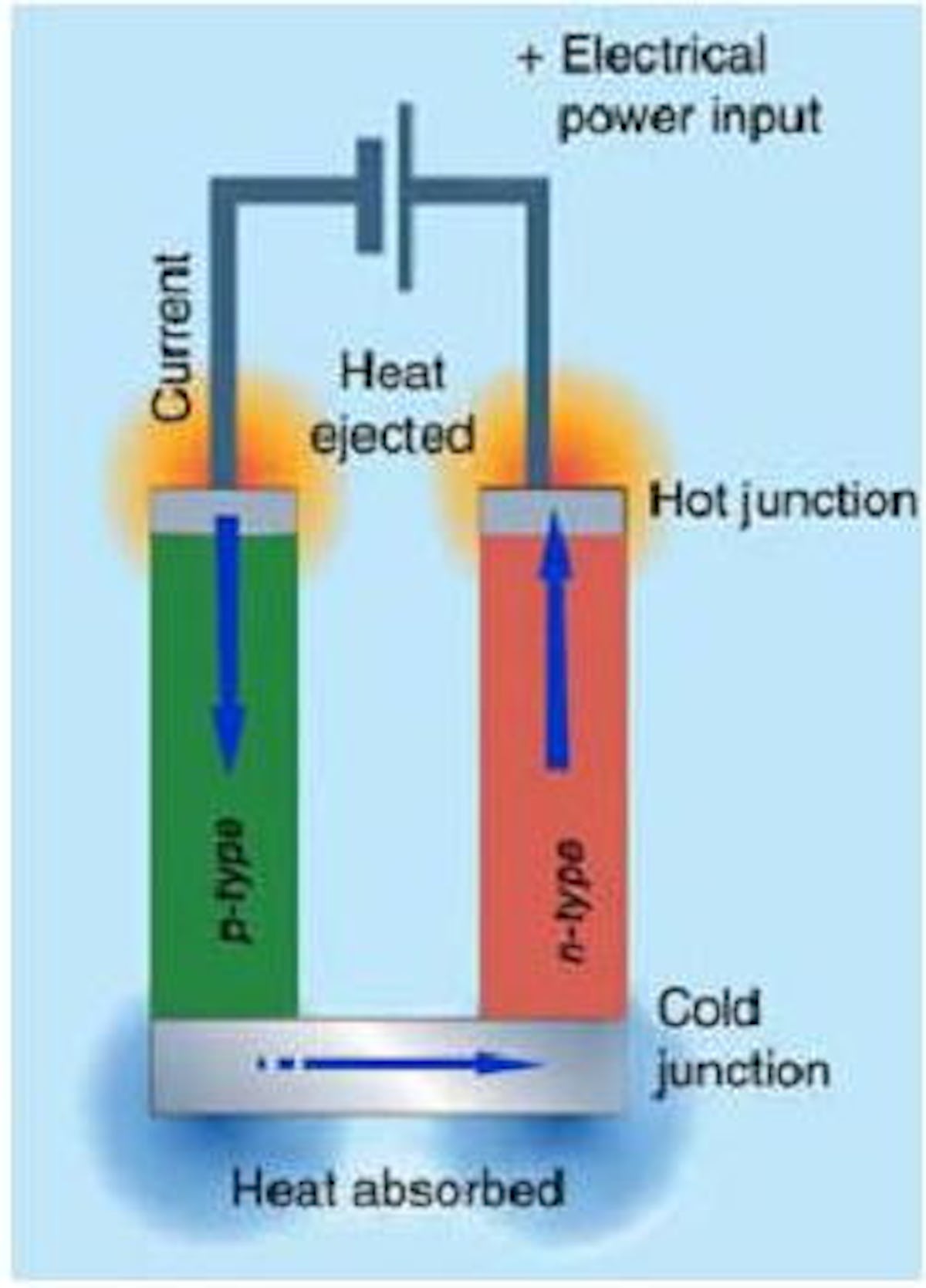 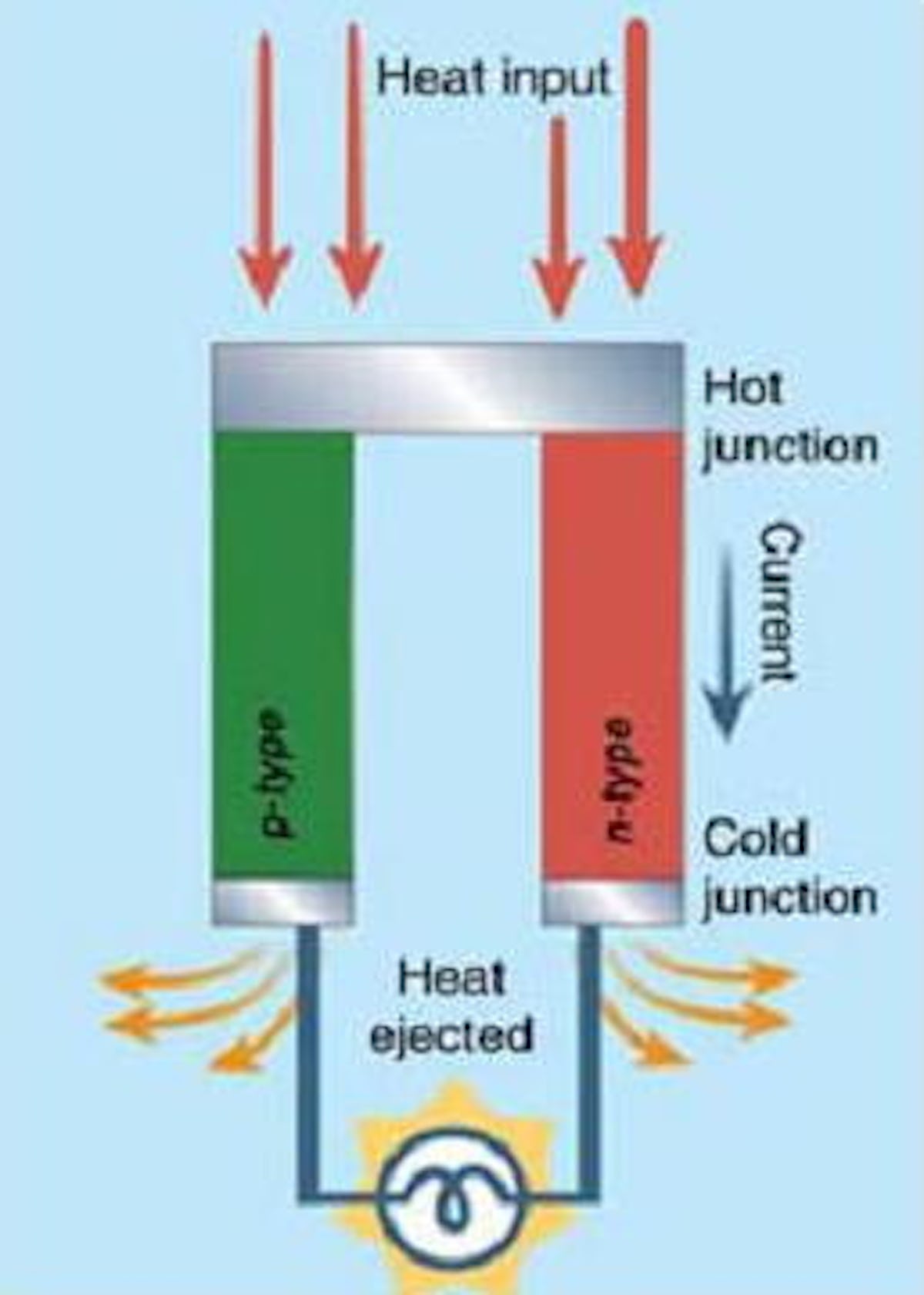 Source: Nextreme
A thermoelectric module is made up of a number (n) of thermocouples connected together electrically in series and thermally in parallel. 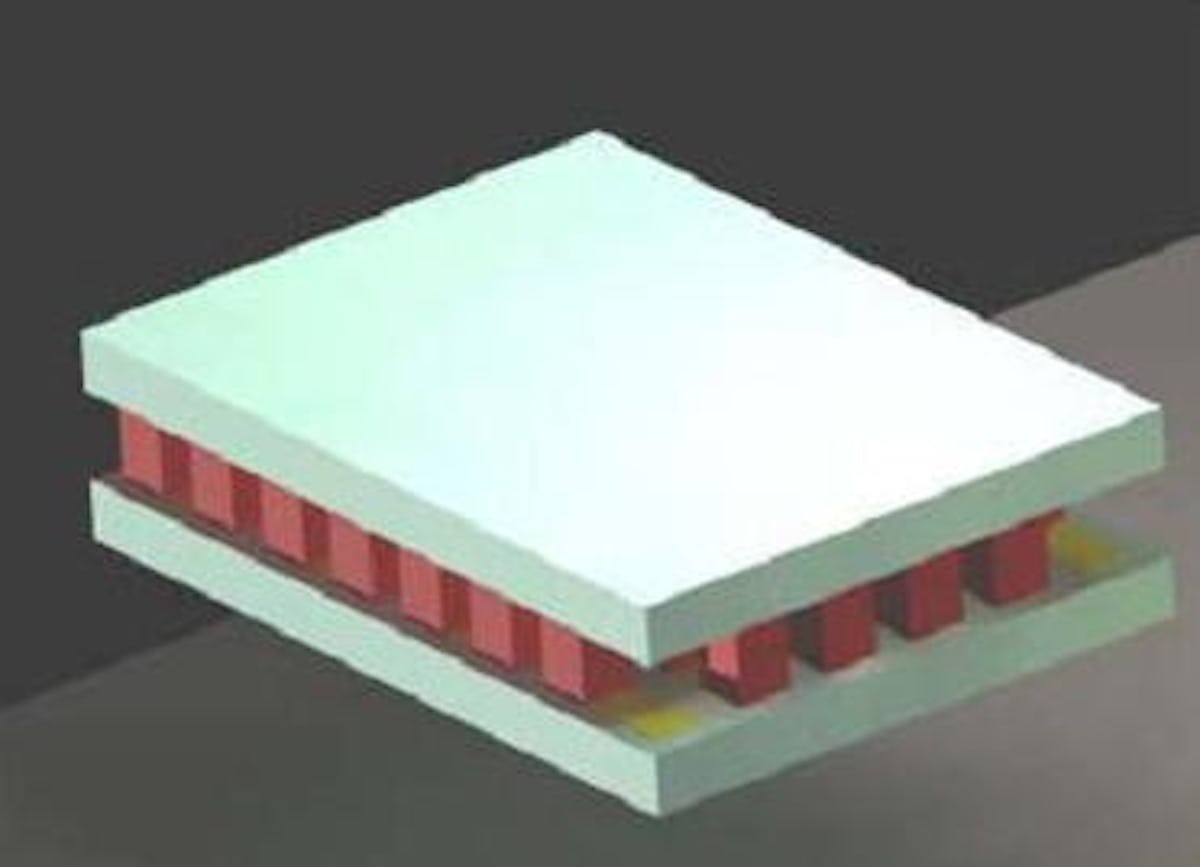 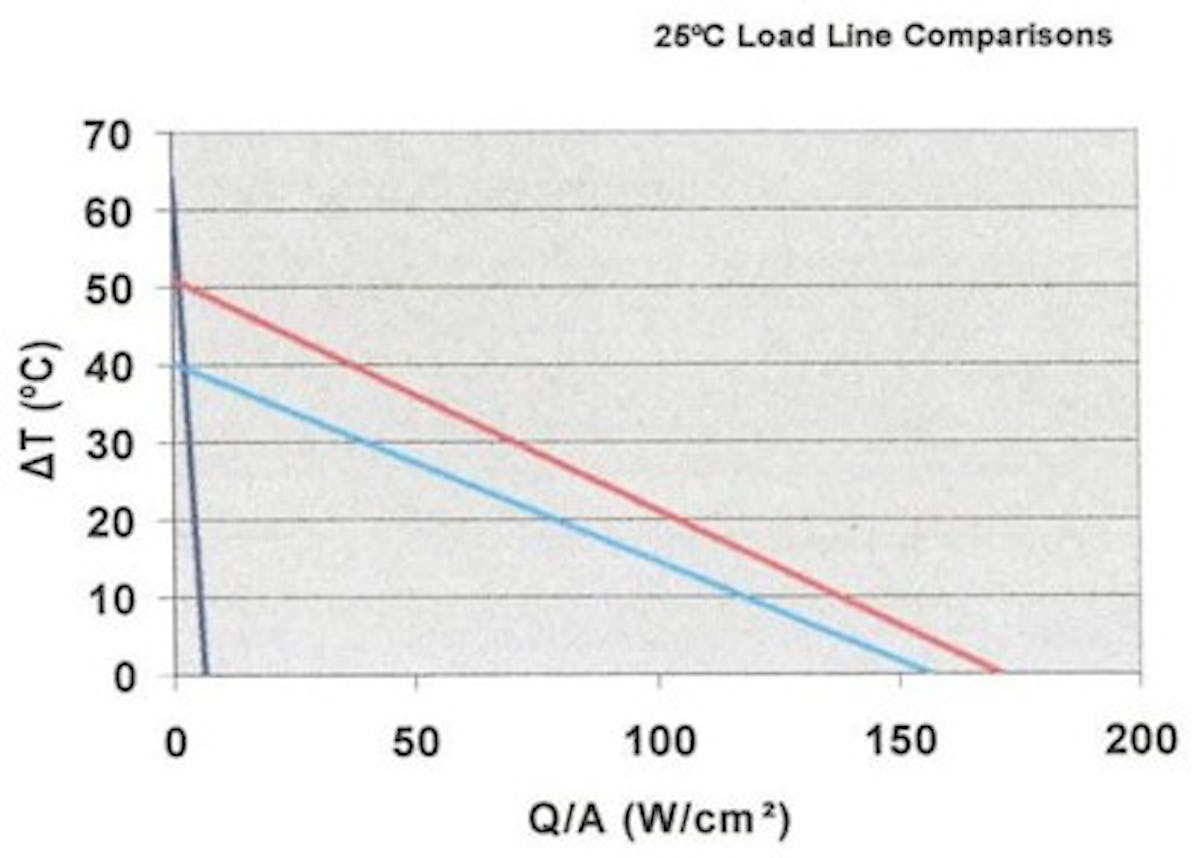 Source: Nextreme
Nextreme's thermoelectric cooling technology integrates seamlessly into the widely accepted copper pillar bumping process used by Intel, Amkor, Casio and others and it is in current use by some of these manufacturers.
The opposite effect, power generation, can be used for:
• Advanced military/aerospace power generation designs
• Power for remote devices such as wireless sensor networks
• Thermal batteries for trickle charging conventional batteries
• Harvesting (recycling) energy from combustion processes such as turbines and engines
• Generating power in harsh, remote environments
• Power generation for medical implants
This is a form of energy harvesting, a hot topic these days. Energy harvesting is the use of ambient power sources to supply electricity to small electronic and electrical devices. Photovoltaics is the most popular form of energy harvesting at present, with thermoelectric and piezoelectric devices also of great interest and several other alternative technologies as well.
Dr Peter Harrop of IDTechEx is currently preparing a report on energy harvesting. If you are interested, please contact him on p.harrop@idtechex.com.
For more see www.nextremethermal.com