Scientists and engineers on GE's OLED research team are celebrating the holiday season with a first-ever OLED Christmas tree lighting at GE's Global Research Center headquarters in Niskayuna, NY.
Illuminated in green light, GE's flexible OLED panels cut quite a tree and provide a glimpse at how this revolutionary lighting concept is going to transform the lighting industry. The tree is made by wrapping a working 6 inch by 15 foot OLED around a stand.
To see a video of the team and the lighting of the OLED Christmas tree, the video has been posted to You Tube.
"We haven't quite achieved Rockefeller or National Christmas tree lighting status yet, but we're well on our way," said Anil Duggal, who leads GE's OLED program. "We hope GE's OLED tree lighting will inspire and capture people's imagination during the holidays on the limitless possibilities of this next generation lighting concept."
Although the demonstration was more for the holiday spirit it was also to reinforce how far OLED technology has come and how it is poised to revolutionise lighting and interior design.
Other OLED devices you may want on your Christmas list could include:
Kodak's OLED 7.6in wireless picture frame with a very thin (5.3mm) widescreen panel with 800 x 600 pixel resolution and a contrast ratio of 30,000:1. A 180 degree viewing angle means photos can be viewed from all sides, while video playback is thrown up with vivid colors and smooth motion - a characteristic of most OLEDs. There's even in-built speakers to support both videos and any MP3s you stick on it. The frame comes with 2GB of memory, which is good for around 10,000 images and transferring new content is easy thanks to the in-built Wi-Fi. The frame needs no backlighting and there's an in-built ambient light sensor for adjusting display brightness based on the surrounding light. 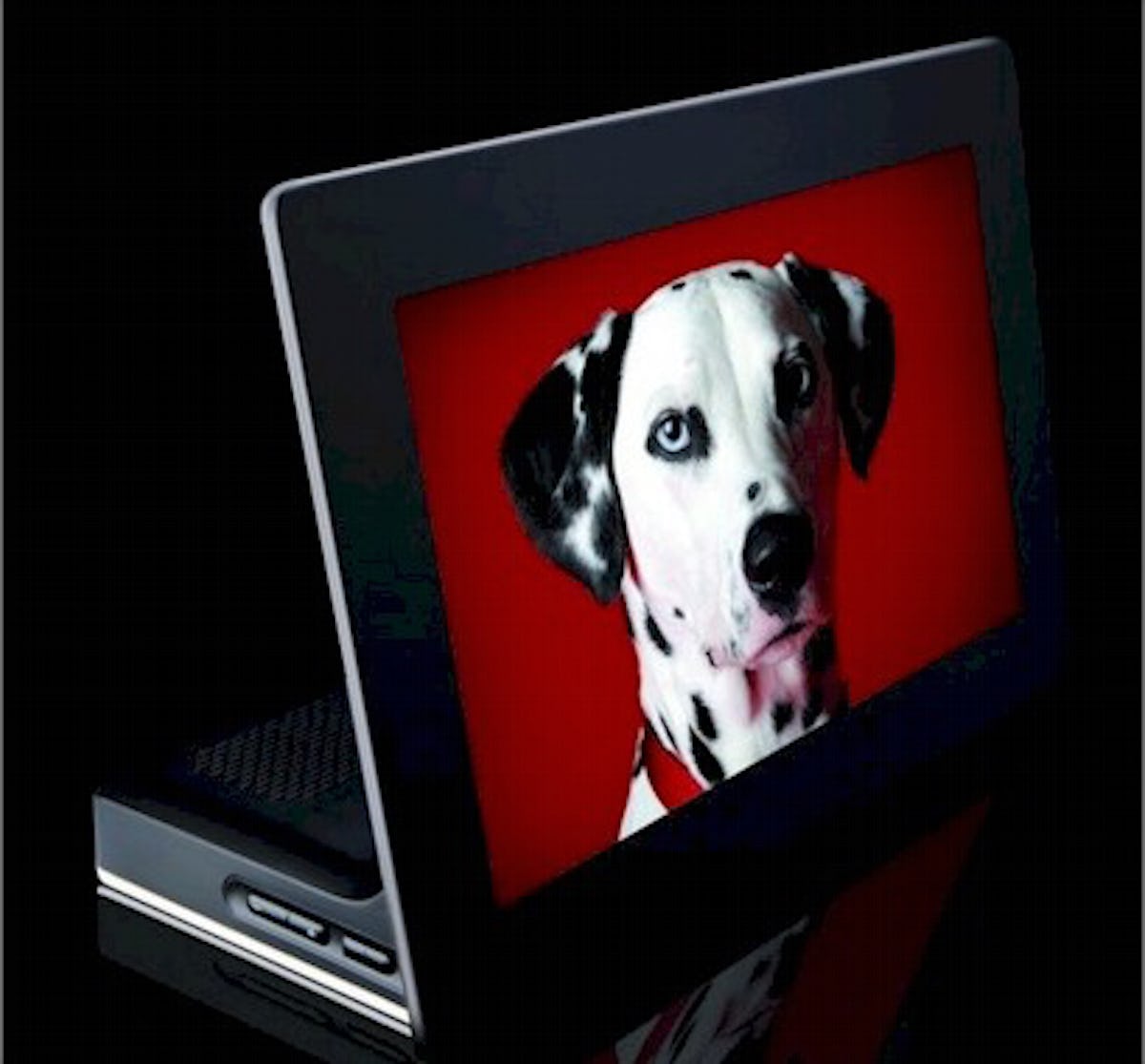 Cowon's S9 Curve media is the Korean company's most direct answer to the iPod Touch and centers on a rare, 3.3-inch AMOLED touchscreen and also boosts the battery life to 40 hours of music. It includes an accelerometer to rotate the image into landscape, Bluetooth for wireless audio, and is unusually fast for its category through a dual-core processor and comes in 8 and 16GB. 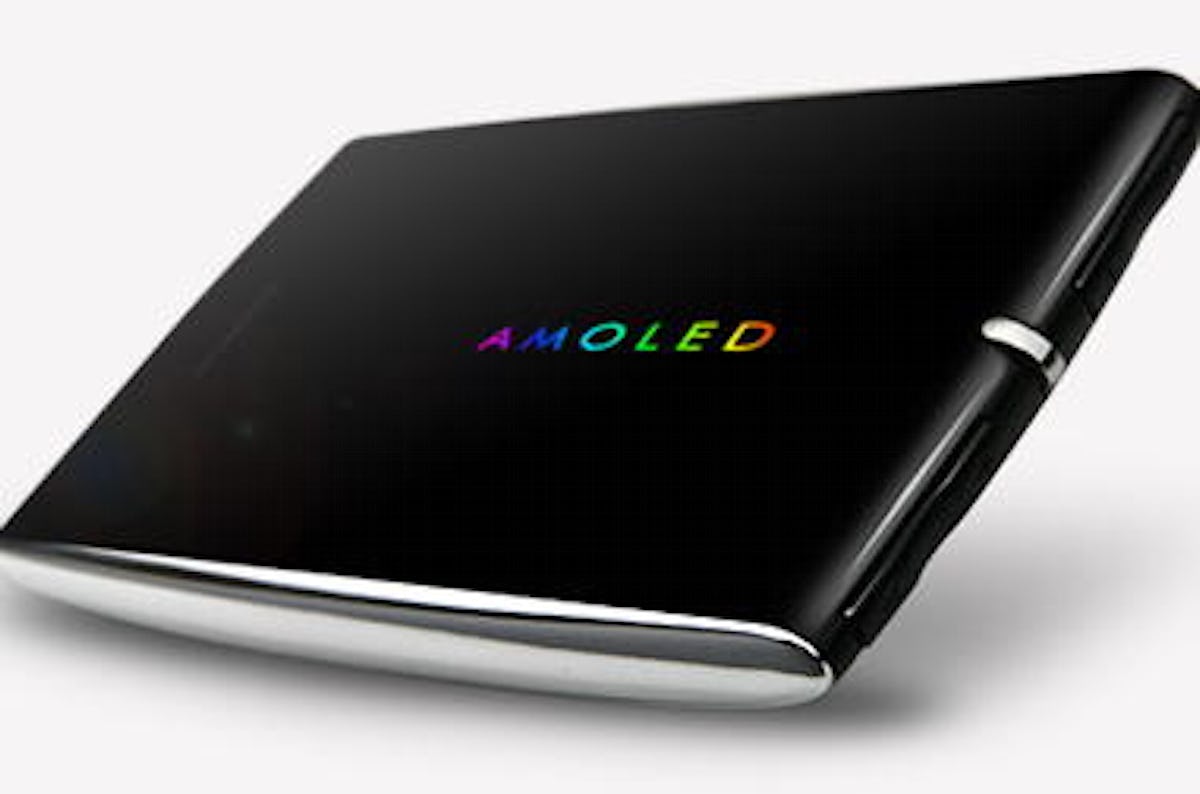 A new cell phone developed by Samsung that opens like a book to reveal a larger OLED screen, essentially turning the phone into a portable media player was recently demonstrated by Samsung at the FPD International 2008 tech trade show in Japan. When the phone unfolds, it displays a flexible OLED screen about five inches across. The material´s flexibility allows the screen to open and fold seamlessly, rather than be composed of two separate screens. The large display would be convenient for surfing the Internet, and is even large enough for watching movies or playing games. Unfortunately this will have to go on your Christmas wish list as it is likely to be some time before the device is commercialized. 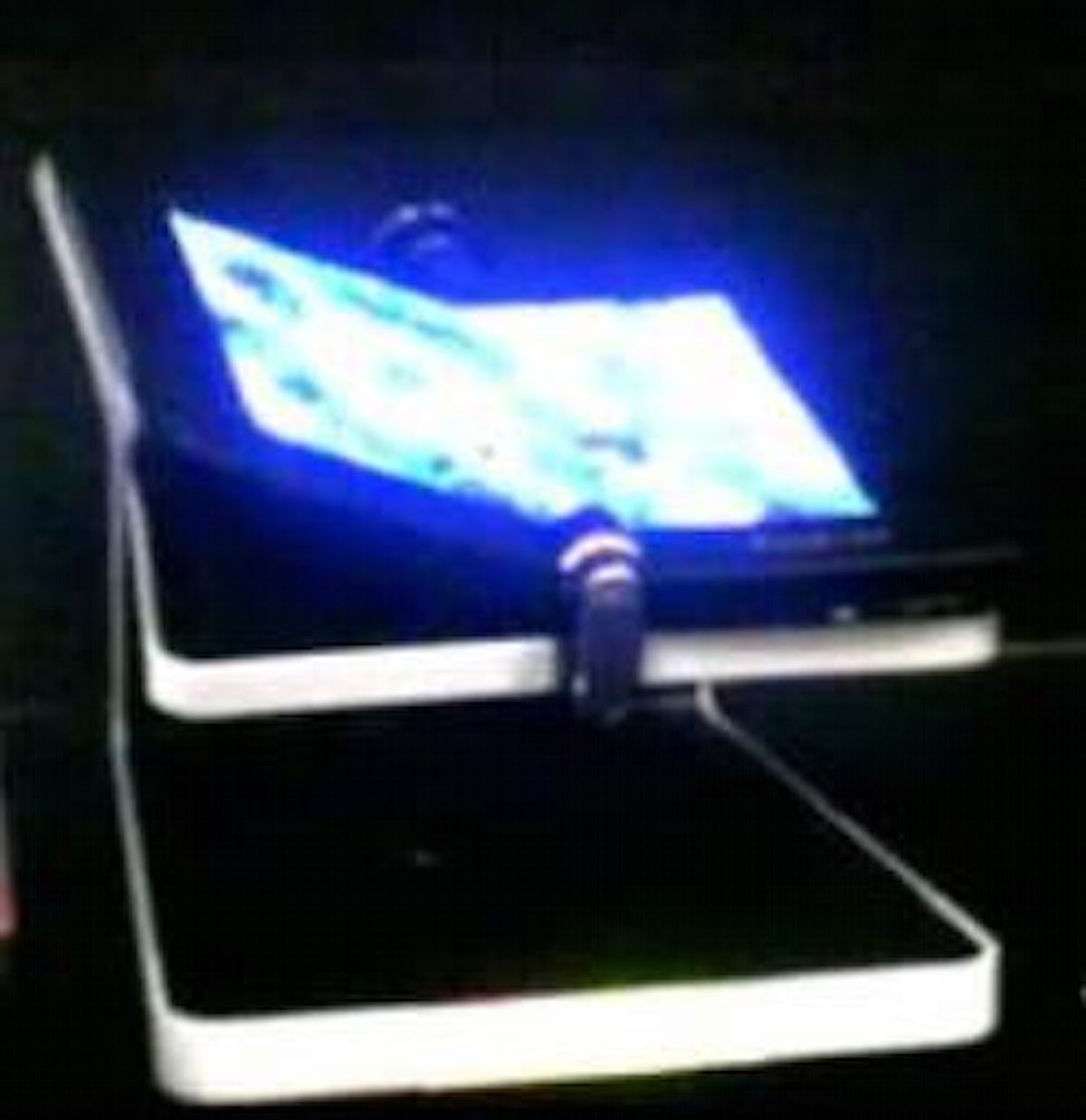