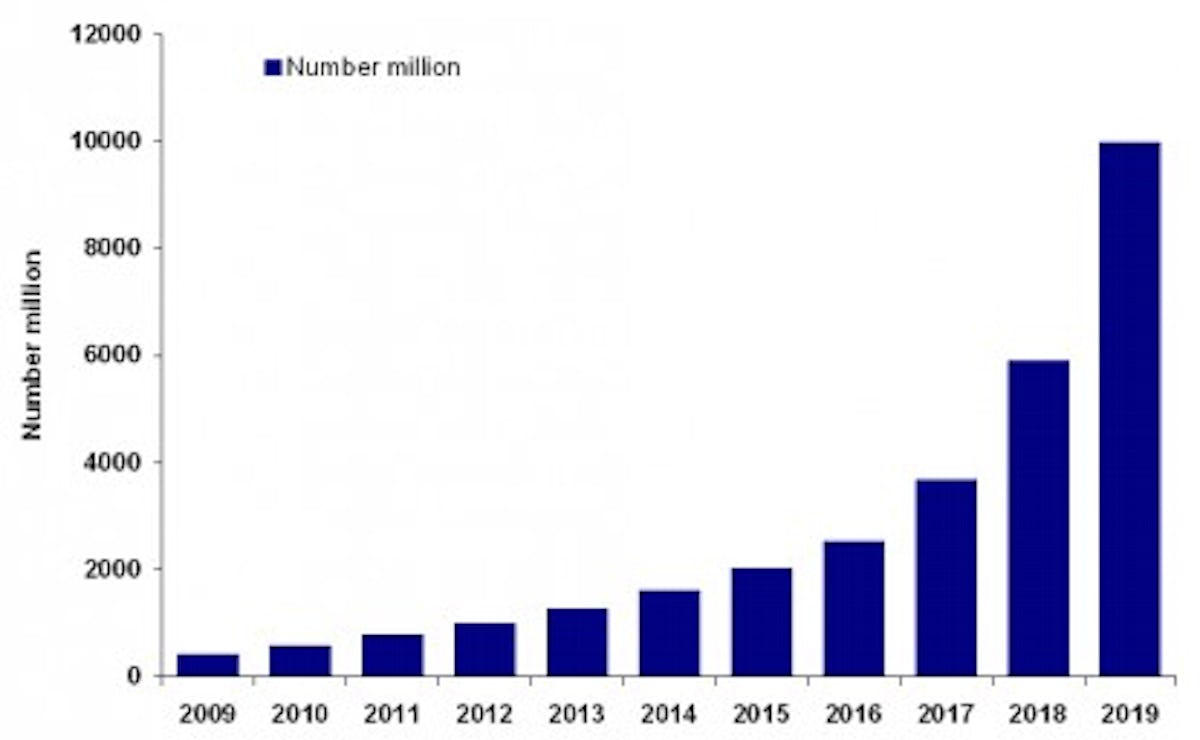 Source "Energy Harvesting and Storage for Electronic Devices 2009-2019" IDTechEx.
This will be assisted by the advent of energy harvesting with more affordable, acceptable materials. For example, in stark contrast to traditional silicon, organic photovoltaics has the advantage of working optimally with only 15 nanometers thickness of semiconductor and it can be printed at high speed, which can keep cost well down. The thinness and flexibility opens up ten times the market potential. It can even turn a broader spectrum of light into electricity than the conventional forms of photovoltaics.
Lifetime is a problem, with barrier layers to extend life being rather expensive as yet. At least they consist of harmless inorganic oxides and nitrides alternating with harmless polymers. This will be solved within a few years with energy harvesting for disposable, low cost products of limited life being feasible in a few years with little or no use of rare elements and no toxic materials. Use of the new electroactive polymers, zinc oxide and organic piezoelectrics, carbon nanowire semiconductors, harmless compounds as quantum dot semiconductors and other options also promise further safety and environmental dividends.
Meanwhile, energy harvesting is providing at least ten years longer life than batteries used on their own. Indeed, batteries in electronic products rarely last longer than two years and there are many applications where they are thrown away in weeks or months. With 15 to 20 years life frequently offered for all the leading forms of energy harvesting, the environmental gain in saving disposal and - rarely even offered - recycling is considerable. Avoiding recharging batteries every few months also saves on the cost and pollution involved in visiting devices. The current state of play is shown below, though the actual figures are contentious. Those technologies with no moving parts are shown in red.
Figure: Performance of the favourite energy harvesting technologies. 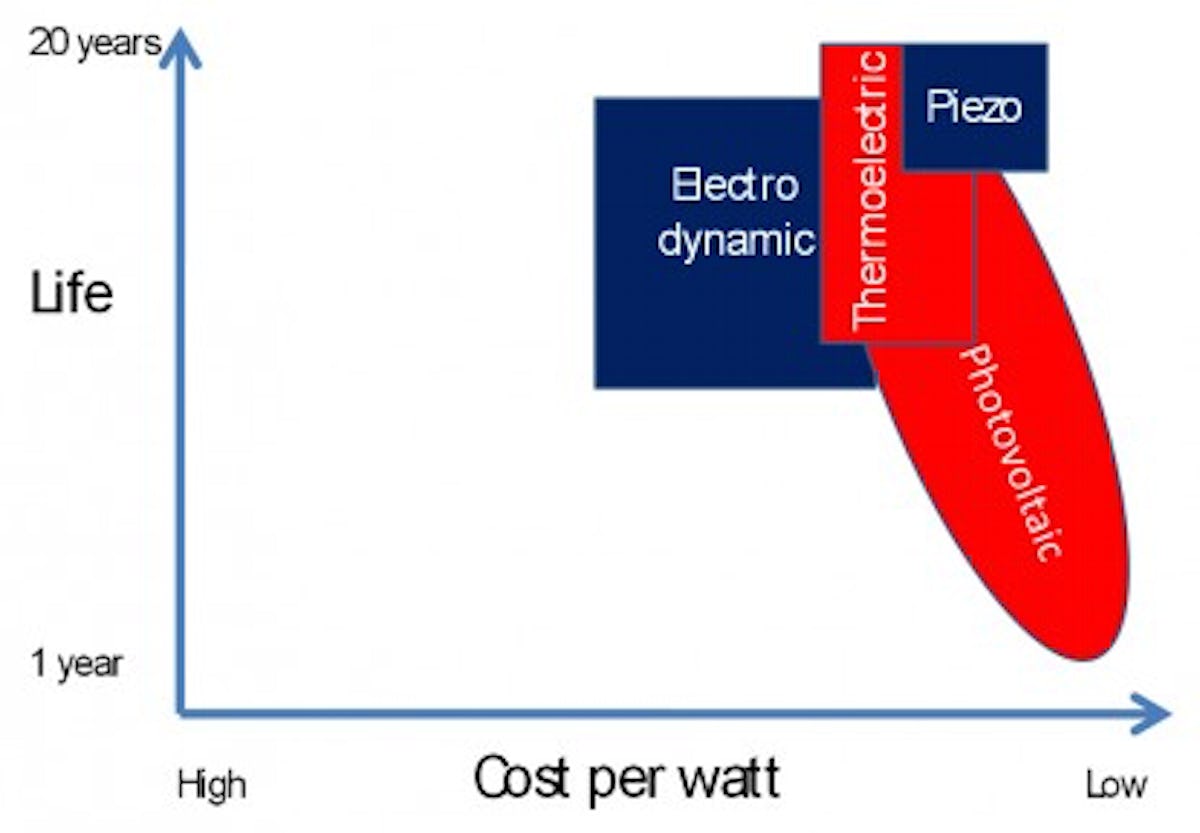 Source "Energy Harvesting and Storage for Electronic Devices 2009-2019" IDTechEx.
Biodegradability
There is too little work on biodegradable energy harvesting devices for disposable products. There is a strong move towards printing which means much less material is used. For example, with photovoltaics, Dye Sensitised Solar Cells DSSC, Copper Indium Gallium Arsenide and organic photovoltaics are all printed by ink jet or something similar by some suppliers. Piezoelectrics are sometimes screen printed and the best performing thermoelectric are in thin film form at about five to twenty micrometers thick. Commendably, substrates used when printing energy harvesting devices cause no chemical pollution. In the main, they consist of polyester or polyethylene naphthalate film or stainless steel foil where high temperatures are involved. However, for medical, consumer and other disposable products such as e-labels and e-packaging there should be more attention paid to biodegradable forms and the small number of developers using paper should be encouraged.
Top Image: Freeplay Foundation wind up or solar powered radio. (Source: Freeplay Foundation)
For more attend: Energy Harvesting and Storage Europe 2009
Read: Energy Harvesting and Storage for Electronic Devices 2009-2019