Biosensors move to the point of care... and beyond

The glucose sensing industry will be a $12bn market by 2027, making up a large chunk of the $33bn market for biosensors expected in the same year. Wearable sensors today are making larger and larger market penetration, with more than 50 countries now offering glucose sensors free to the user.
Point-of-care biosensors have been a commercial success for glucose testing for over 20 years, while this industry is gradually moving away from electrochemical test strips to new form factors and detection principles, medical biosensors can also be used to diagnose cardiovascular issues, infectious diseases and cancer. Biosensor technologies are moving from large central-lab based instruments, towards to point-of-care, getting closer to patients and disrupting the conventional diagnostics market. In particular, DNA-based diagnostics (aka molecular diagnostics) will become a key driver for growth.
We are approaching a wave of implantable medical devices, with regulatory approval expected over the next 18 months in many different disease areas. Such devices are planted under the skin for periods ranging between one month to a year and are able to transmit data through NFC or Bluetooth communication.
Maryland-based Senseonics is raising money ahead of the approval of Eversense XL in the U.S. for their implantable glucose sensor. The device received CE mark clearance for marketing in Europe in September 2017 and is being distributed through Roche. Once inserted by a doctor, the sensor uses fluorescence technology to measure glucose levels in the interstitial fluids. The sensor sends readings to a wearable patch that, in turn, processes the data and relays information to a smartphone app. Users are alerted when the technology forecasts glucose levels will exceed preset targets. The sensor lasts up to 90 days. 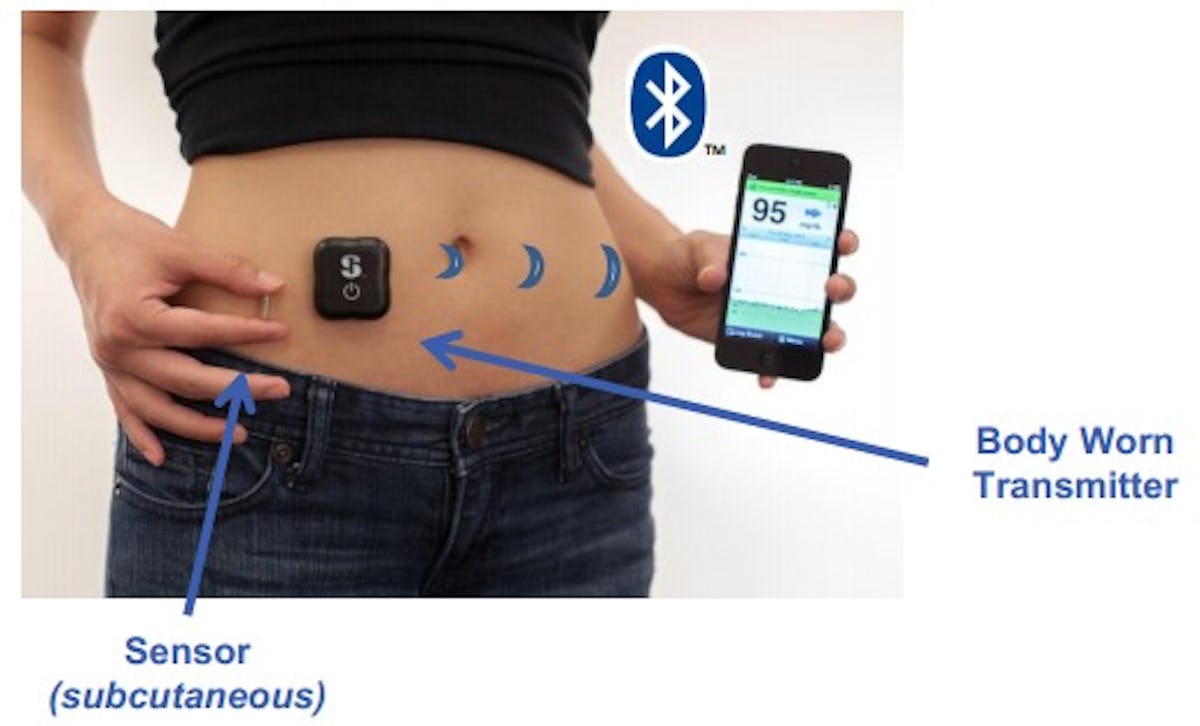 Implantable sensor applications are still associated with some challenges, one of which is the gradual functionality loss postimplantation as a consequence of the foreign body response (FBR). Sensor miniaturisation in combination with biocompatible coatings is a promising strategy to enhance in vivo performance. However, a limited study has been performed to understand the effect of initial trauma and implant size on foreign body reaction as well as in vivo performance of implantable sensors.
American company Profusa have developed a biosensor that is approximately three to five millimeters long and 500 microns in diameter, and is injected into the tissue just below the skin. Its porous "smart hydrogel" is structurally similar to the microenvironment of cells and emits fluorescent signals in the presence of multiple body chemicals, including glucose, oxygen, ions, lactate, urea, among others. 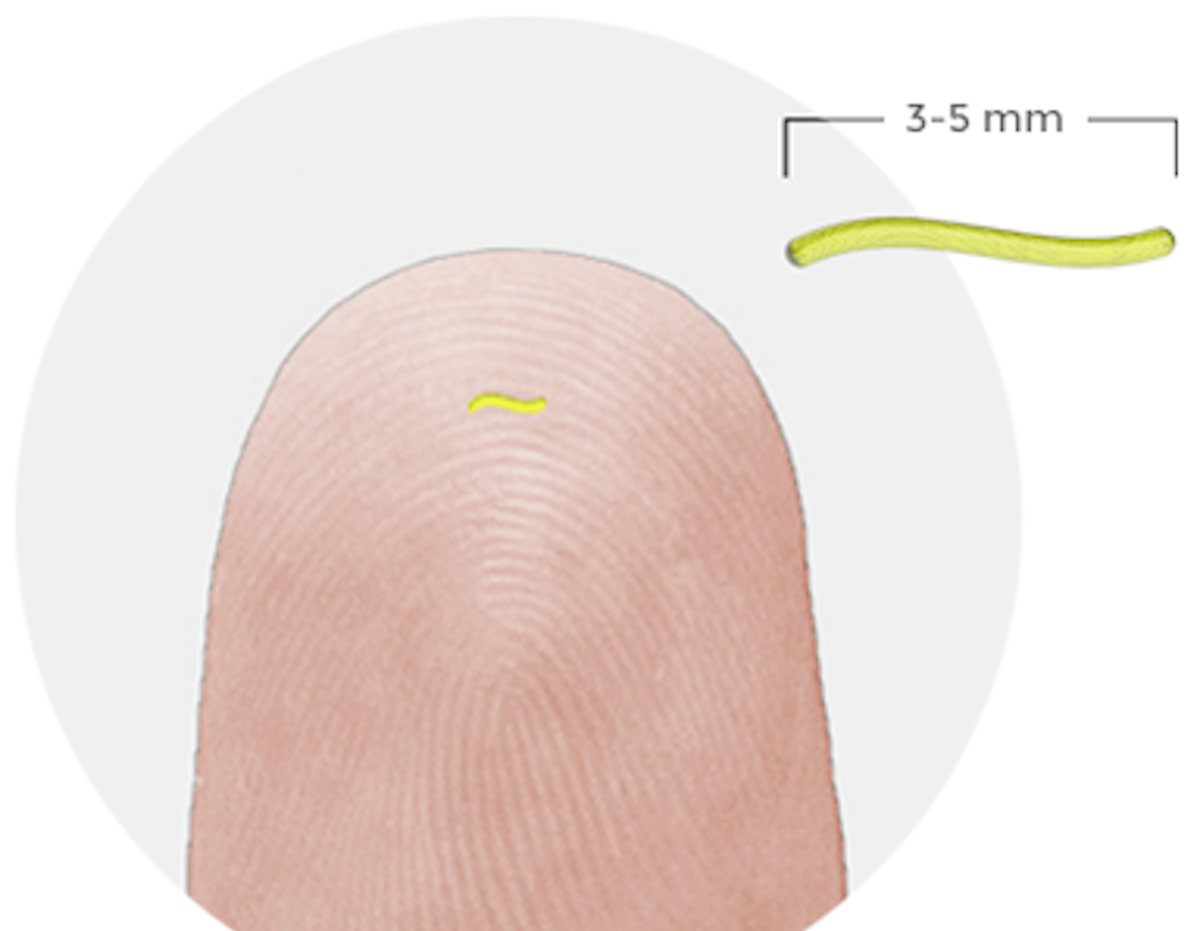 It's key differentiator from similar technology, the implant was designed to overcome foreign body responses, because it does not use any metal or electronics. While avoiding tissue inflammation and rejection, the device can remain in place and collect data for over two years, according to Profusa's website.
These are just two examples of technology leading towards a new way of continuous mentoring, with healthcare, military, athletic and workplace applications to name a few it seems likely that people will be able to gain huge amounts of data from miniature sensors planted just below the skin.
The new report Biosensors for Point of Care Testing 2017-2027, from IDTechEx, gives a complete analysis of the important trends in the field of medical biosensors, and lists the new technologies and devices which are likely to be highly disruptive to the in vitro diagnostics market.