Energy harvesting is the conversion of ambient energy into electricity to power small electric and electronic devices, making them self-sufficient, often for decades. It is popularly believed that energy harvesting always calls for a battery, albeit a smaller, longer lasting rechargeable one. That is what gives you the electronic wristwatch powered by solar cells. Such a battery will last up to ten years. In some cases, 20 year primary batteries such as lithium thionyl chloride versions can be used but they have their own challenges.
Usually, dispensing with any form of battery can give even longer life, lower cost, smaller size, greater reliability, convenience, labour saving and reduced environmental problems. Little wonder that NASA has made many advances in this direction. Life of hundreds of years can even be contemplated and over twenty years is immediately achievable. That is what your bicycle dynamo does, with or without a capacitor to give you some light in the moments after you stop pedalling. That is what the clockwork lanterns for Africa do - the energy is stored in a spring and presented at constant torque to a generator when required. Indeed, it is possible that the microbial fuel cells burning dirt that are planned by Harvard University as an alternative approach to lighting in Africa will operate without batteries.

Similarly successful are the piezoelectric light switches from the EnOcean Alliance of over 70 members offering interchangeable battery-free, wireless products. Indeed, the Lighting SwitchTM in the USA is a similar device, in this case based on piezoelectric advances at NASA. Over 500,000 wireless, battery-free electronic building controls and similar products have been sold to date. That includes sensors and actuators for blinds and vents, mainly reliant on piezoelectrics and photovoltaics. The EnOcean DolphinTM range even has two way signalling and next comes complete Wireless Sensor Networks (WSN). 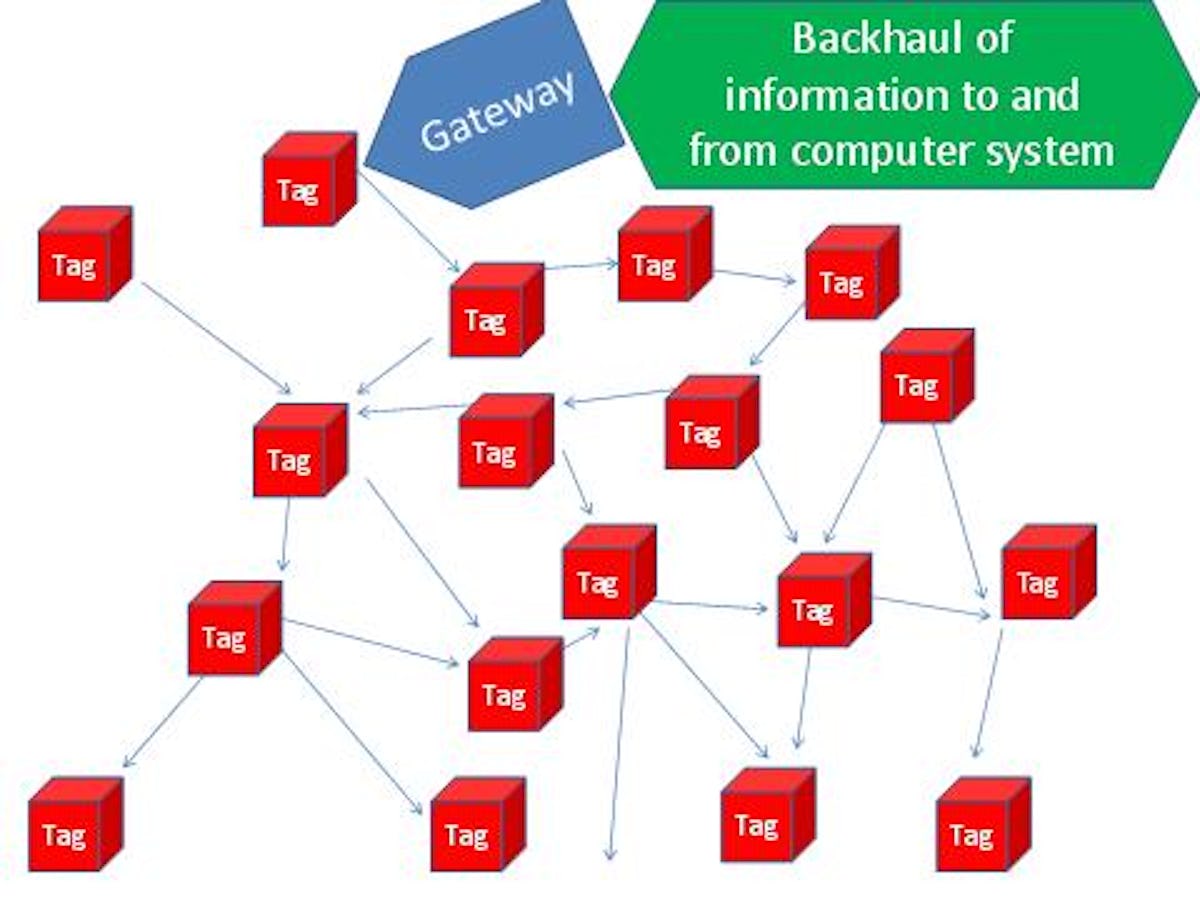 Source: IDTechEx report "Wireless Sensor Networks 2009-2019
WSN are self organising, self healing mesh networks that may one day monitor whole forests, utility networks and buildings with billions of sensors that are inaccessible or impractical to visit for battery replacement, even replacement of a rechargeable battery every ten years. They use a lot of energy - sometimes over 100mW and approaching the load of a PDA or mobile phone. Consequently, the primary batteries currently used in WSN sometimes last only a few weeks. Accordingly, the race is on for battery-free WSN.
This may not be as tough as it seems, because WSN turn the whole world of electronics on its head. They pass very small packets of data down the line and they are set up to do this only when convenient, such as when a node comes in range. None of your real time megabits here. They are not needed. An extension of this principle might be to transmit only when the energy harvester is working. That limitation may be ameliorated by using more than one energy harvester. For example, the WSN node could harvest vibration when there is no sunshine.

All this opens up the market for energy harvesting tolerant electronics - now a topic of research in many parts of the world. This covers electronics that is two things: much lower power so as to put less demand on the harvesting and tolerant of highly variable, intermittent voltages and currents that are unpredictable. For example, the University of Bologna and Swiss Federal Institute of Technology are working on the mathematics of so called "Lazy Scheduling for Energy Harvesting Sensor Nodes".

On the hardware side, Kansas State University engineers are supporting Peregrine Semiconductor with its idea of an energy-harvesting radio. It will transmit important data without ever needing a change of batteries. Bill Kuhn, K-State professor of electrical and computer engineering, and Xiaohu Zhang, master's student in electrical engineering, are developing this device.
"This type of radio technology may exist in your house, for instance if you have a temperature sensor outside that radios data to a display inside,"'Kuhn said. "But those devices need to have their batteries changed. This radio doesn't."
Peregrine Semiconductor is looking at possible applications for the technology. This could include monitoring stress, temperature and pressure on bridges and other structures. Ron Reedy, Peregrine's chief technical officer, said that fulfilling this vision of autonomous sensors requires highly integrated, low power radio chips. These are the kind that K-State and Peregrine have demonstrated to NASA's Jet Propulsion Laboratory on Peregrine's trademarked UltraCMOS silicon-on-sapphire technology.
K-State engineers are addressing the design challenges and creating a demonstration to test how far the signals can travel from the sensors. Firstly, Zhang constructed a demonstration board using solar cells from inexpensive calculators to power the radio. The board had capacitors that capture and store the light energy to power the radio without a battery. Electrochemical, mechanical or thermal energy are also in the frame. The demonstration board included a microprocessor to store data before transmission via radio. The radio used is the "Mars chip" that Professor Kuhn helped develop in a successful project that K-State, Cal Tech's Jet Propulsion Laboratory and Peregrine Semiconductor did for NASA. They designed a micro transceiver to use on Mars rovers and scouts. When the stored data are ready to be transmitted in the model, the radio sends out a data-burst every five seconds. Frequencies, timing and wake-up commands are now being optimised for the anticipated environment.

Although these elegant, battery-free energy harvesting solutions will rapidly gain market share, there will still be huge markets for energy harvesting involving rechargeable batteries. For at least ten more years, they will be needed where considerable power storage and/or high security of supply is required for example. Here the new laminar lithium batteries are an exciting innovation. Some are only 0.1 millimetres thick: others come with the interfacing electronics and/or capacitors for smoothing all in one unit. There is no danger of fire or explosion with the tiny amounts of lithium employed and the format means that recharging time is unusually short. True, some only guarantee 1000 recharges but others can achieve one million recharges as long as they are not deep ones. Transparent, flexible printed batteries are being developed by NEC working with Waseda University in Japan. They charge in only one minute, which opens up interesting possibilities given the advent of transparent photovoltaics as shown below and even transparent printed logic from Hewlett Packard and others.
Figure: Transparent rechargeable battery from NEC and Waseda University on left and transparent photovoltaics from AIST Japan on right

Source: Waseda University and AIST Tsukuba
The new energy harvesting industry is now ready to sell products in volume, leading to a multi-billion dollar business in ten years as detailed in the new IDTechEx report "Energy Harvesting 2009-2019". IDTechEx is therefore staging a conference with the emphasis on potential customers saying what they want, the market potential and the technological roadmap. This will serve users, investors, designers, new entrants and all others in the energy harvesting value chain. The conference is called Energy Harvesting and Storage Europe 2009 and it takes place in Cambridge University UK on June 3-4. There are optional Masterclasses before and after, an exhibition and visits to local centres of excellence.
Top Image: thin film battery. Source: Electronic Products
For more attend: Energy Harvesting and Storage Europe 2009
Also read: Energy Harvesting and Storage for Electronic Devices 2009-2019