In recent studies IDTechEx found that about 2,250 organisations are involved in developing printed electronics, double the number from two years ago. The main sectors they are involved in are photovoltaics (660), transistors (540) and displays and lighting (510). The interest in North America, Europe and East Asia countries is fairly balanced.
The emerging numbers show the importance of suitable funding. IDTechEx has compiled a fund raising activity report related to printed electronics since 1st January 2008. The full list is given in the report Printed, Organic & Flexible Electronics Forecasts, Players & Opportunities 2009-2029 (www.IDTechEx.com/pe) but a summary is given here.
Investments in U.S. and European companies have reached a total of almost $2 billion since the beginning of 2008, spearheaded by the U.S ($1.4 bn) followed by Europe ($0.57 bn). There are sizeable but internal investments from Asian giants such as LG, Mitsubishi, Samsung and Sony, who are usually secretive.

Most funding for photovoltaics

Looking at the applications of printed electronics, it was found that $1.3 billion, or almost two thirds of all identified fund-raising has been in photovoltaic activities. While companies involved in e-paper displays ($150 m), batteries ($75 m) and OLEDS ($69 m) were funded in the next places, inks and sensor applications achieved only $4.7 m in total. However, this does not mean inks are under funded - many large companies are conducting huge internal investment for printed electronic materials, such as BASF, Solvay, Merck and Kodak.
Fund raising distributed to the Printed Electronics sectors since 2008 (in USD million) 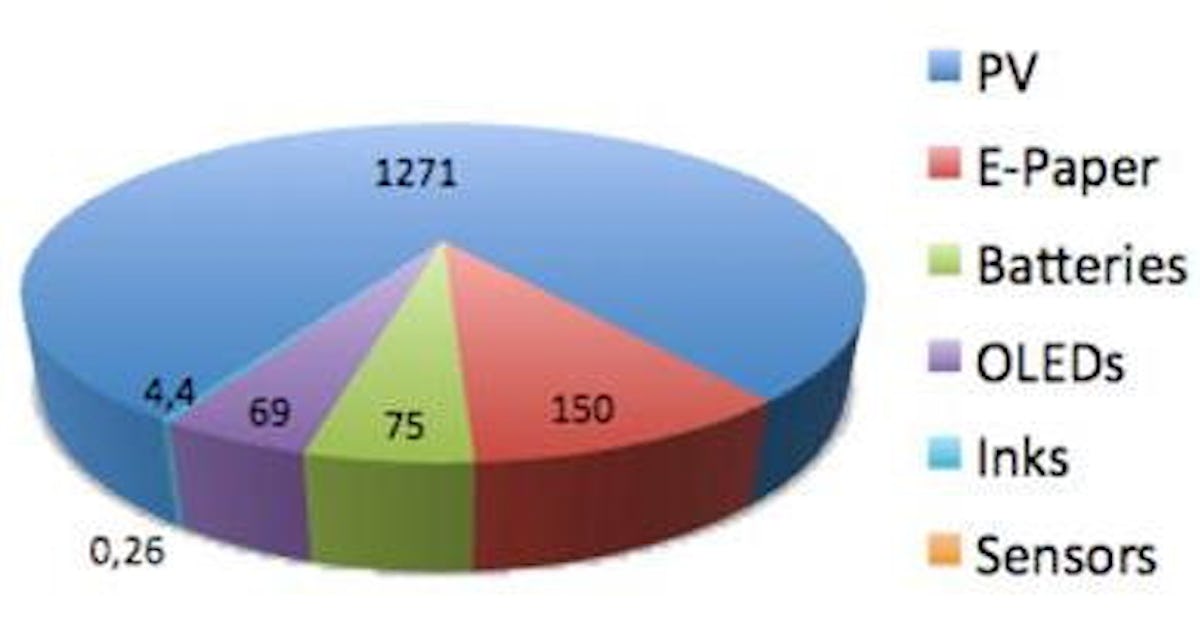 Some examples of printed electronics investments since 2008 are shown below. 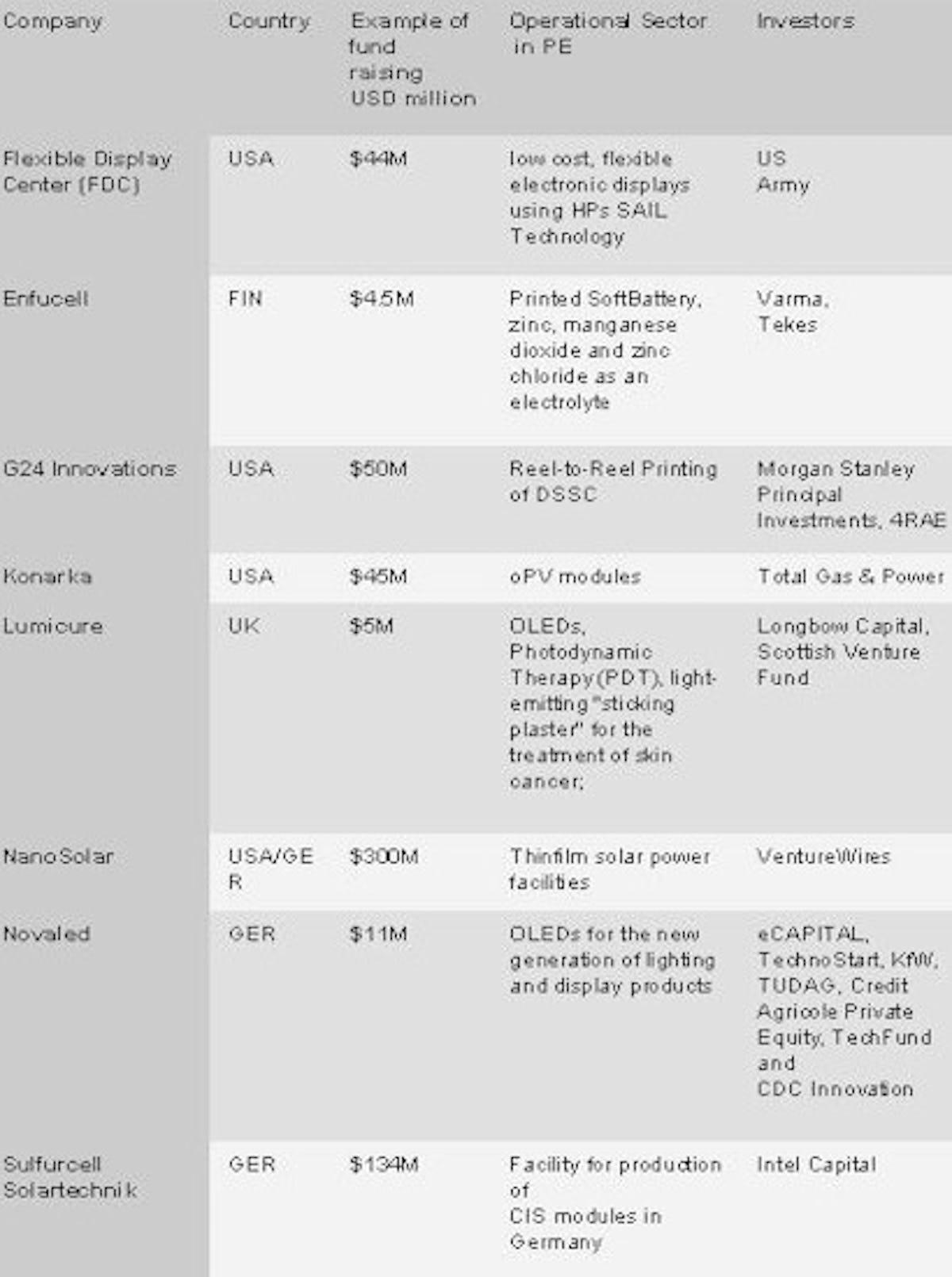