There are two basic types of battery that are often made in laminar, disposable form. Part of the assembly process, which is often reel to reel, may include screen printing of active components. The one that is potentially lowest cost and is regarded as most environmental is based on Manganese dioxide and zinc. It is a primary battery. Power Paper and licensees such as Graphic Solutions make these. Ever Ready works with Thin battery technology on another version. The alternativres are various forms of lithium battery based on gels etc. Oak Ridge National Research Laboratory in the US has licensed over 100 companies to make these. Suppliers and developers include Angeon, Excellatron, Infinite Power Sloutions. Lithium batteries are typically rechargeable but in thin film for they are usually used as primary batteries. Because only micrograms of lithium compounds are used, the proponents argue that there is no risk of explosion and that they are also environmental.
Applications of thin film batteries are mainly outside RFID at present, including backup power for electronic circuits and use in talking gift cards. However, there is a big push to get them used widely in RFID.
Shapes of battery for smart packaging compared

Source: IDTechEx
The spectrum of choice of technologies for batteries in smart packaging

Source: IDTechEx
A paper based battery from Power Paper 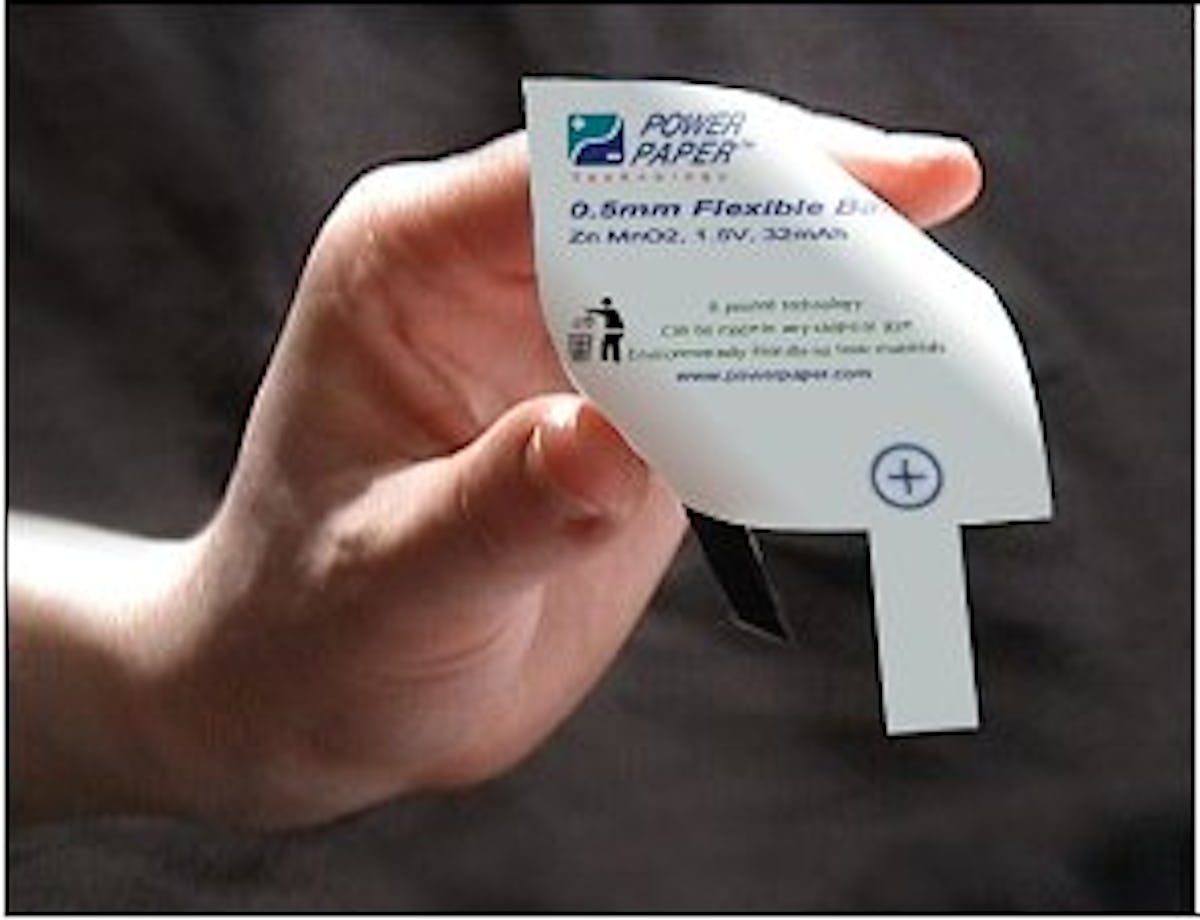