Dai Nippon Printing has created a "luminescent poster" to promote the Japanese Major League Baseball team Tohoku Rakuten Eagles.
The light-weight, thin, bendable luminescent poster which combines a white light emitting inorganic electro-luminescent panel with an organic panel that displays scrolling text, is being displayed during the baseball season at the exhibition space of the Tohoku Rakuten Eagles baseball team.
The Images of the "Kleenex Stadium Miyagi", home to the Tohoku Rakuten Golden Eagles that were printed on the poster with the team's logo, balloons and illuminations appear to light up at random via the use of the inorganic EL segment format light emitter, thus creating a similar effect to animation. Organic EL panels attached to two points in the upper portion of the poster, display scrolling text data which can be changed as desired.
In a recent announcement DNP stated, "The development of a "Luminescent Poster," which successfully fuses the functions of high-intensity inorganic EL that can be used at relatively low cost over large areas, with those of organic EL, capable of displaying variable information, is a noteworthy event."
With EL, a backlight is not necessary as the EL becomes a self-emitting device when energized which means they consume less energy and are safe to touch as they do not emit heat when in use. The technology can be processed on soft materials such as plastic to create a thin flexible panel which can be applied to curved surfaces whilst still emitting light. Unlike LCDs these displays can be viewed from a variety of angles and have resilience to vibration and shock.
DNP say they can design the posters to any size or shape and hope to start commercialization by 2010.
This is not the first EL poster used in an advertising campaign - Posterscope's innovations division, Hyperspace developed an EL poster to target the key demographic areas of one of the biggest names in UK bingo. Foxy Bingo aimed to raise awareness of the Foxy character and the £1m giveaway, by using a picture of Foxy on an animated 1970s-style disco dance floor. The dance floor lights up when an electrical current is passed through the poster. 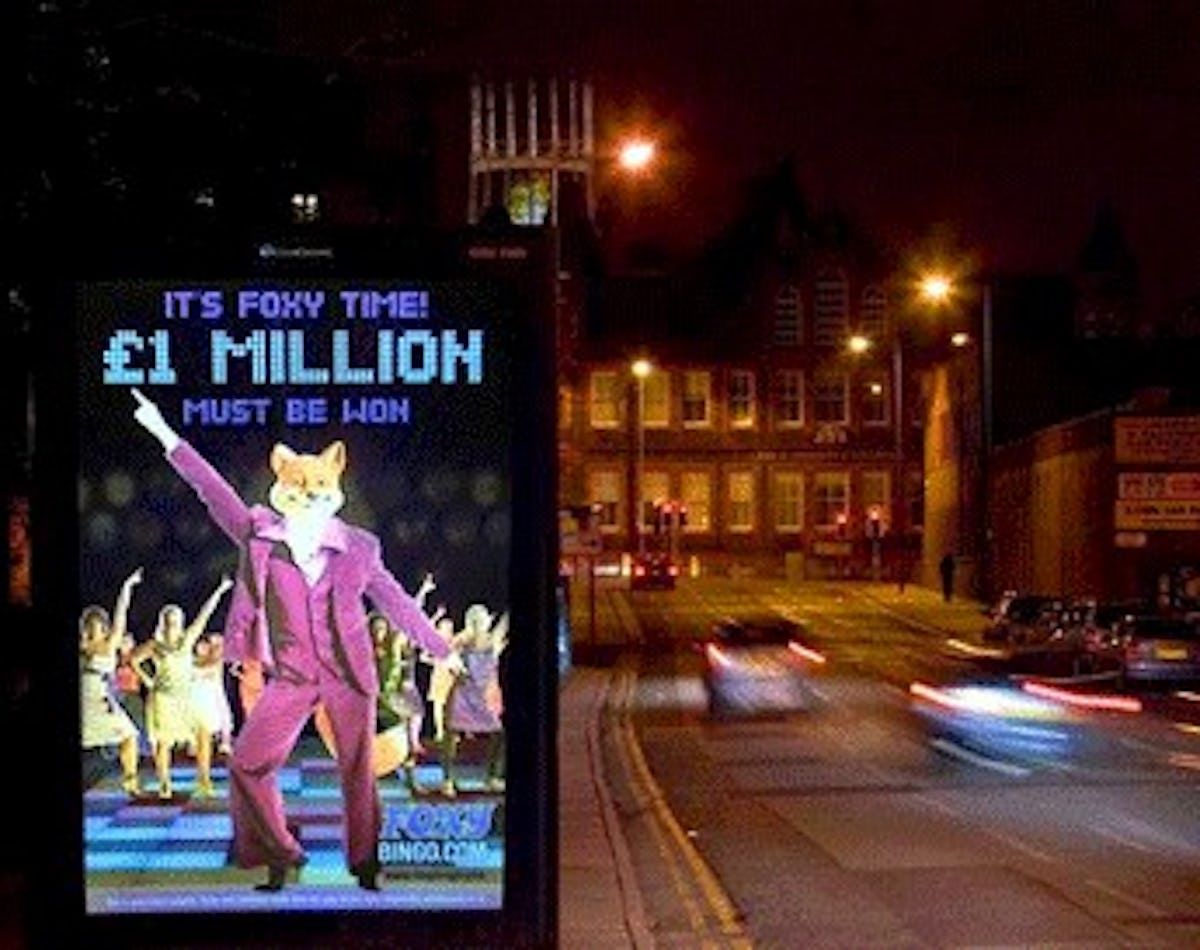