Electrowetting is a proven process, used for focus mechanisms in cameras and cellphones. As a display technology, it is gaining increased attraction due its excellent colour range, high contrast and versatile operation mode capability. This effect is based on a physical movement of fluid contact angles by an applied voltage. Two different technologies basing on the electrowetting effect can be employed:
The displays can have high transparency, and because liquids are used, many different strong colours can easily be created, rather than using filters. Companies developing electrowetting are adt, Germany; Liquavista, The Netherlands; PVI, Taiwan; University of Cincinnati Consortium, USA and many patent applications are being taken out from more companies. The image below shows an example of a droplet contracting and relaxing, from Liquavista. 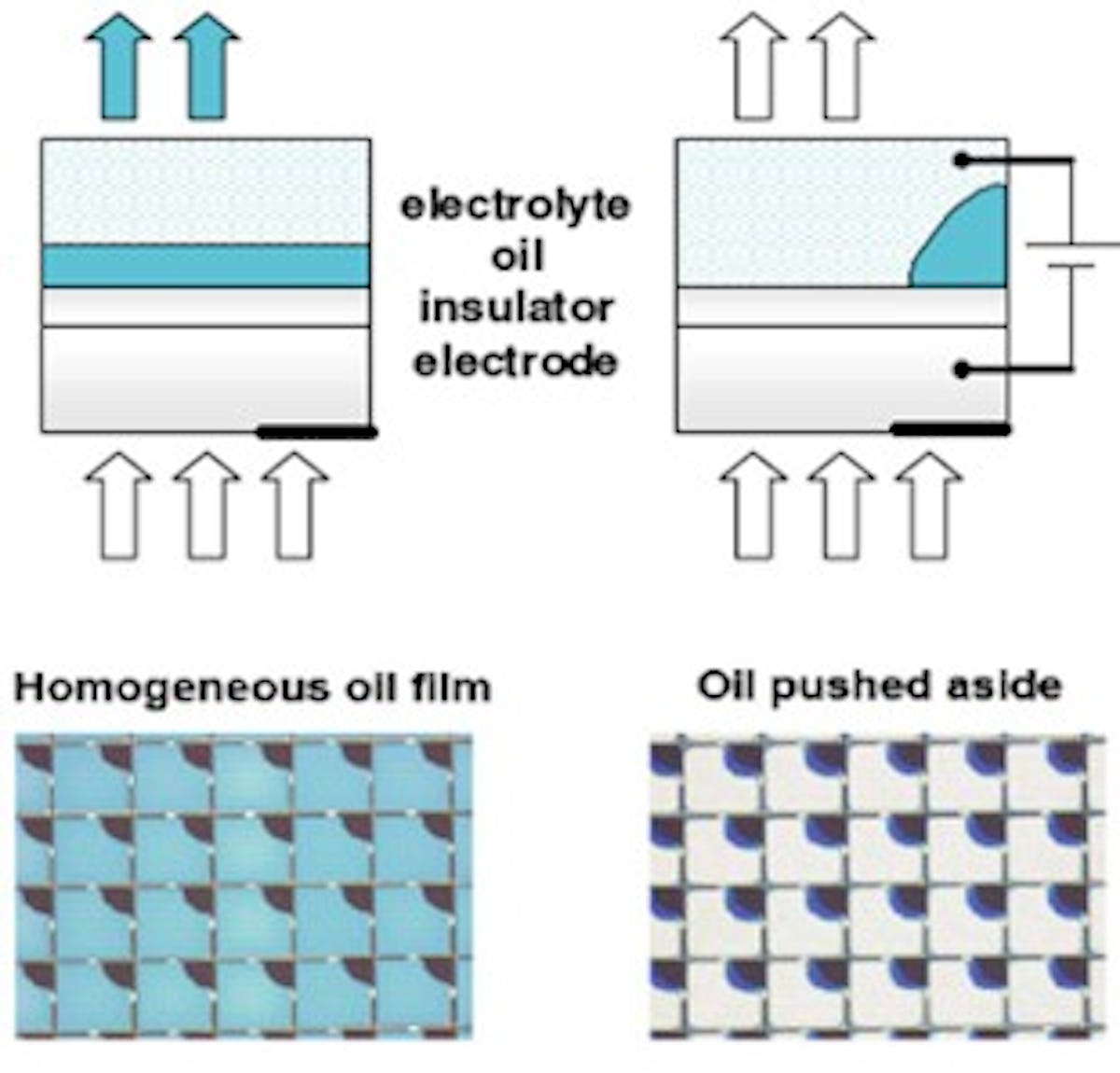 Dr Blankenbach from Pforzheim University, Germany working with adt, Germany, presented at the S.I.D. conference this week on their electrowetting displays, pictured below in different states and during the display change.

Source: adt
adt's unique feature is that it is a bistable display, which is passively driven. The company is focused on larger pixels - from 0.2 to 10 mm. To cope with the reservoir, the company has two approaches - one is a 2D approach where the reservoir is hidden by a mask, and the second is a 3D approach where the reservoir is hidden below the top visible layer (so that the colour materials move up and down).
The speaker cited applications such as a wireless switch, where power is only needed for status change, or a car key display lock status. Another application is in white goods - where the speaker claims they are the only technology that provides a true white display, as shown below. The company has integrated its display on an EnOcean wireless switch; this is powered by a small energy harvester and has no other power source.

Source: adt
The temperature range is -45 to 100 Degrees Celsius and is capable of gray scale. The switching speed varies depending on the droplet size. If you optimise for low voltage, the switching speed is slower. For a 2mm droplet at 20 volts, the switching speed is 20ms. The reversible bistable display, capable of large areas, is suitable for large area billboards. Strong colours can be achieved, making it possible to obtain "coke reds" that advertisers would require. The company is pursuing this and other applications. For more information see www.adt-gmbh.com

Andrea Giraldo, of Liquavista discussed their work on transmissive electrowetting displays. He described how electrowetting displays are the only three-mode display - they can be reflective, transmissive or transreflective. The display is in effect an optical switch. The company thus sees them being applicable to ebooks, LCD replacements in laptops, large area signage, and low cost simple displays.
Transmissive versions can be made in existing LCD fabs incorporating similar TFT backplanes and backlights. In early transmissive devices that the company has built, transmittance has been 40%. The viewing angles are excellent, as shown below. 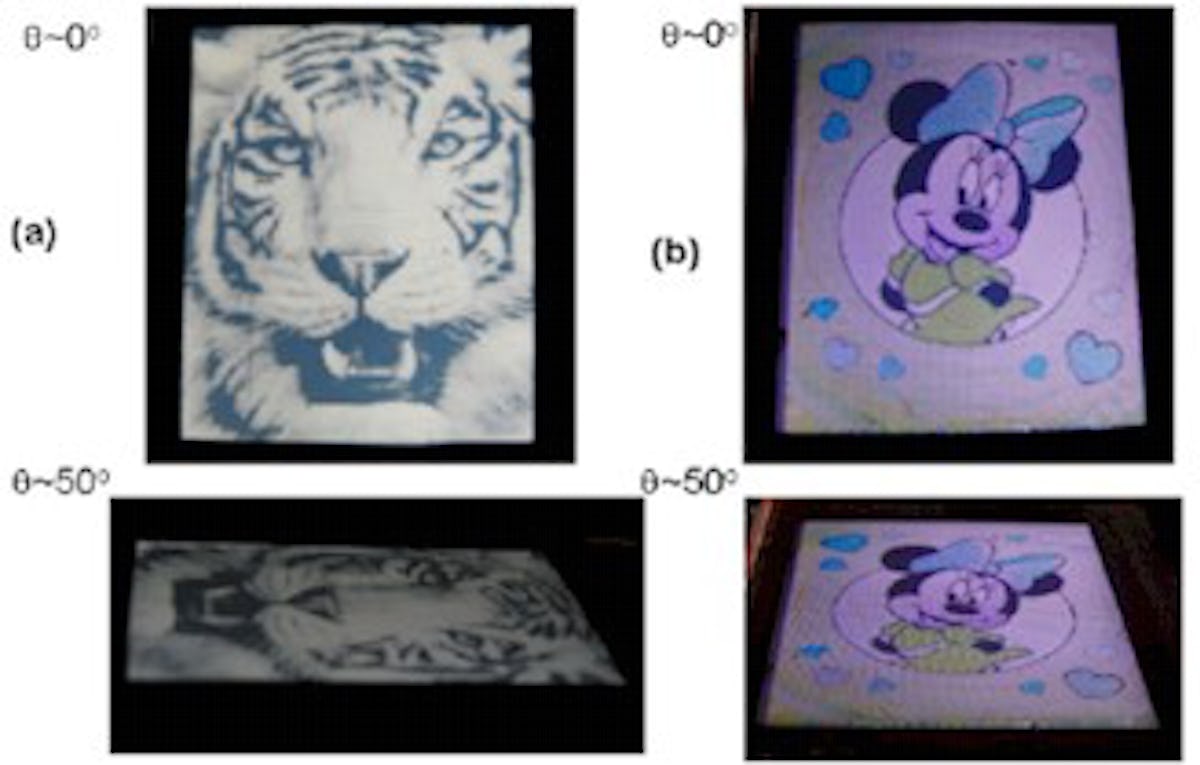 Source: Liquavista
The display has a high refresh rate (a few ms) and is capable of video, which was demonstrated. The company is working on improving the contrast. Earlier this week, Printed Electronics World covered that Liquavista raised €5 million in series C funding. For more information see www.liquavista.com

ITRI discussed their work on inkjet printing electrowetting displays, with a drop uniformity of more than 90%. A 6 inch monochrome display and colour active matrix displays were fabricated, based on a-SI backplanes from PVI, Taiwan. The printing was performed in air. A flow chart of the manufacture process is shown below.