The second day of the IDTechEx conference on Energy Harvesting and Storage in Cambridge UK was dedicated to the technology roadmap. There was agreement that photovoltaics (PV) is and will remain the preferred form of energy harvesting (EH) overall and electrodynamics (ED) is number two. However, from harvesting floors to mini wind turbines and vibration harvesters, there were many devices described for very similar applications where one developer favoured electrodynamic and another favoured piezoelectric (PZ) versions so perhaps it will emerge later that only one was right.
The most frequently expressed need for energy harvesting was Wireless Sensor Networks WSN, however. Professor Neil White of the University of Southampton in the UK noted that energy harvesters are a reality including for WSN, where he advised that sensor nodes should incorporate several sources of energy. This theme of multiple harvesting was taken up by several speakers. Another recurrent theme was using the new Intel ultra low power chips.
Professor White felt that PZ is worse than ED for vibration harvesting because bandwidth, size and integration are important. He saw cost and size as ongoing challenges for EH and thermoelectric TE needs higher efficiency. He is looking at BiSbTe based TE and printed piezoelectrics using nano particles but his department is not equipped for materials development.
Energy aware sensor nodes are an interest. Prioritising message packets through a WSN makes it possible to limit the signalling and therefore power load on those nodes that are harvesting poorly at that time. In WSNs, energy harvesting wins by permitting a lot of processing in the nodes and permitting upgrade to higher power consumption as required. By contrast, primary batteries lock you into the designed duty cycles. Nevertheless, he felt that, one day, fuel cells will compete with harvesting in small electronic devices.
Professor Shashank Priya of VirginiaTech described work at his superbly equipped Center for Energy Harvesting Materials and Systems. It included multimodal harvesting and harvesting in environments rich in vibration, magnetic field or wind with piezoelectrics being a frequent feature of the designed solutions. A challenge is to reach 1 mW/cm³ from 0.8 microwatts today. TE and ED are also developed with combined PZ, TE and photovoltaics PV appearing to be attractive. Many different devices have been made, the applications varying from aerospace to medical.
Dr Simon Alliwell of the UK Sensors and Instrumentation KTN reported on their survey on harvesting needs for sensor networks. For example, impedance matching is an issue and inability to compare devices is a concern. At least 200 microwatts is needed for most applications. Standards need to take harvesting into account. The cost of batteries is not the main issue because the cost of changing batteries usually dwarfs this.
Roy Freeland of Perpetuum, which sells ED vibration harvesters "in volume", took up some of these themes, noting that there is a 3% fatality rate when people are cut open to replace heart pacemakers with flat batteries. He argued the need for interchangeable harvesting options so wireless nodes, as an example, could have the appropriate form of harvesting fitted in situ. He bemoaned the many announcements of energy harvesters designed for frequencies of vibration seldom encountered in the real world.
Thomas Rodig of Fraunhofer IKTS in Germany described his work on PZ generators for low power applications. Dr Harry Zervos of IDTechEx summarised the global situation with PV, observing that CdTe is rapidly taking market share from silicon on price but other options, notably DSSC, CIGS and organic PV, probably all have a market because of the diversity of needs. He was optimistic that work to extend PV to harvesting infrared and even ultraviolet will bear fruit but he did not think that the very expensive multilayer constructions used in space would be competing on price for terrestrial applications any time soon. 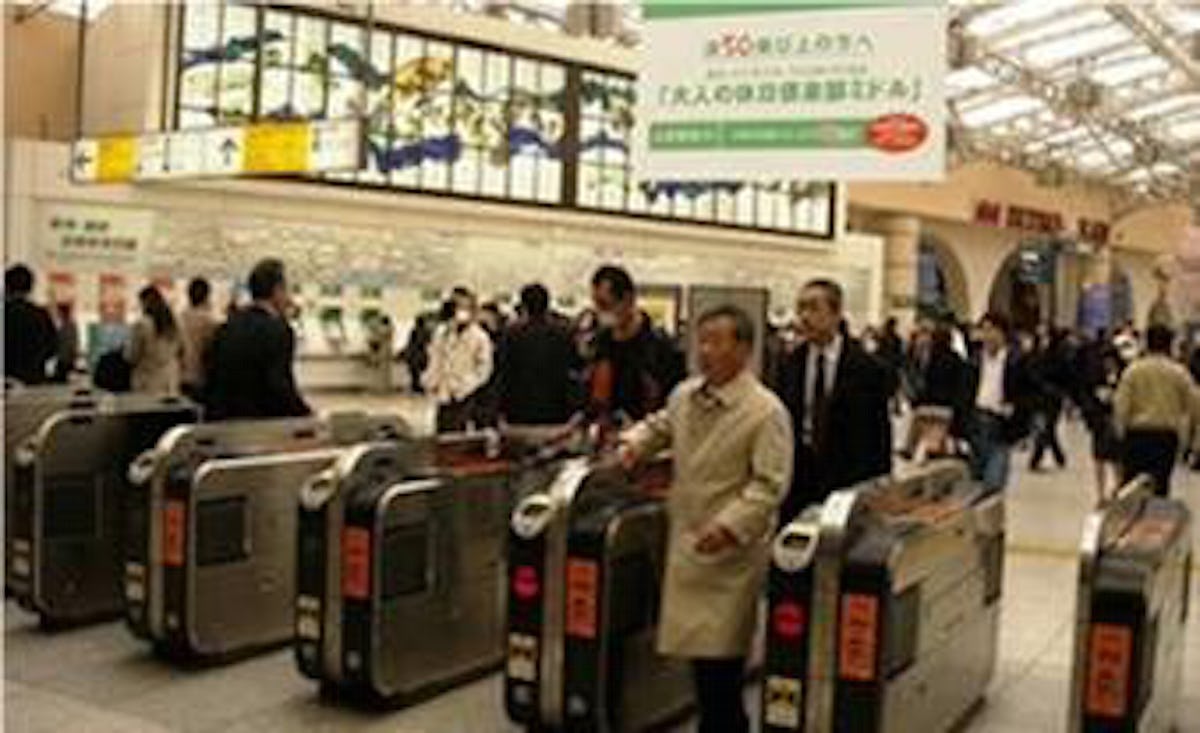 Source ASTRI
This was followed by two talks on nano antenna harvesting as a complementary IR technology to visible light PV and maybe a more efficient, lower cost alternative to it in due course. These nantennas have dimensions near the wavelength of the radiation converted. With appropriate rectification, arrays of thousands of the printed devices can provide ac current. Dr Steven Novack of Idaho National Laboratory in the USA handed round a sheet of his flexible printed terahertz nantenna arrays and explained how it will be straightforward to print them reel to reel. Indeed, several layers could harvest different wavelengths and it is angle tolerant. Different frequencies and bandwidths can be designed in. He noted that there are IR frequencies that hit the earth unaffected by clouds and at useful power levels. Professor Aimin Song of Manchester University in the UK then described how he may have the necessary diodes in the form of zero threshold, ultra fast printed ballistic nano diodes. Indeed these devices which do not have a pn junction can be useful in TE as well. He described a thin film superlattice thermoelectric device.
Leo Poll of Philips Research presented ultra low power radio technology and Ciaran Connell of Decawave, a fabless chip designer in Ireland described its new 802.15.4a and proprietary designs suitable for Real Time Locating Systems and WSN - two types of system which, he feels, will merge in the years to come. Peter Spies of Fraunhofer Institute for Integrated Circuits described many relevant projects. Yen Kheng Tan of the National University of Singapore also looked at WSN but focussed on a variety of harvesting options including a mini wind turbine he demonstrated. He explained the design considerations for WSN harvesting in practical situations.
There was a general consensus that this event had enabled interested parties to network for the first time, from those in activities as disparate as military, ophthalmology, security printing, consumer goods and retailing to those in universities, research centers, venture capital and other sectors. Wireless Sensor Networks is the most recurrent potential application, so IDTechEx is right to combine conferences on energy harvesting and WSN at its forthcoming event Energy Harvesting and Storage/ Wireless Sensor Networks, RTLS & Active RFID in Denver Colorado November 3-4
Both images show Japanese locations of piezoelectric energy harvesting. Source: ASTRI
Further information read: Energy Harvesting and Storage for Electronic Devices 2009-2019