Quantum dots (QDs) are often billed as the ultimate, or at least as the next generation of, phosphors. The main driver often is the QDs' ability to act as ultra-narrowband downconverters, resulting in extremely wide color gamut displays and efficient and high CRI solid state LED lights.
In this article, we will explore the merits of quantum dots as ultimate phosphors. In the IDTechEx Research report Quantum Dot Materials and Technologies 2018-2028: Trends, Markets, Players, we provide a much more detailed and quantitative benchmarking of the two technologies. Furthermore, our report also provides a detailed analysis of QD material development and progress for various applications, examining trends towards alternatives to Cd-based QDs including InP and perovskite chemistries, improved QD stability, enhanced blue absorbance, reduced self-absorption, increased computability with various processing mediums such as inks or resins, and so on.
Phosphor converted LEDs (pc-LEDs) are in many display and lighting applications. There, they enable a single LED to achieve while color. This is commonly done by mixing yellow plus red phosphors within the LED packaging. There are of course other ways of achieving white colors such as having three LEDs, or mixing three phosphors each for a different color, and so on.
To enable this application and to ride the rising wave of LED sales, numerous new phosphor compositions have been developed in recent years. These phosphors have had to satisfy several criteria: strongly absorb the blue of the LED, achieve high efficiency, exhibit high chemical, light, heat and humidity stability, suffer from minimal heat or light quenching, offer low cost and a composition free of toxic elements, and so on.
These requirements, more challenging that those previously encountered and solved for CRT displays and fluorescent lights, unleashed a worldwide research and screening effort. Consequently, many families of phosphors (nitride, fluorides, etc) were developed, largely addressing most requirements.
However, one persistent problem often remained: phosphors had wide emission bandwidths even for single color ones. This was particularly an issue for red phosphors because red sits at the edge of the sensitivity spectrum of our eyes. As such, broadband red phosphors would re-emit light in wavelengths outside the eye's sensitivity range, thus wasting it and lowering overall efficiency.
To overcome this, various narrowband phosphors have been developed in more recent years with notable success. The fluoride KSF (K2SiF6:Mn) phosphor is a leading example. It gives five 2nm emission lines in the red range. Another example is SLA (SrLiAl3N4:Eu) which gives 50nm FWHM in the red.
The former is superior to any QD in terms of the narrowness of emission band, however it has some limitations in that its five emission peaks are slightly off-target and that it has a long photoluminescent decay time (on the order milli seconds). The latter, of course, is still not as narrow as QDs (see below section for more details).
Note that the development of narrowband phosphors was never just limited to red, although the need for red was most pronounced. Green phosphors were also developed. One example is β‐SiAlON which gives a FWHM around 55nm.
Why quantum dots then?
The question is why bother with quantum dots given that phosphors achieve maturity, stability, and even narrowband emission including for red? The answer is to be found in the potential for the simultaneous satisfaction of all criteria, including narrow emission, high conversion efficiency, control over emission wavelength, fast PL decay time, small particle size, and so on. This, if achieved, will potentially represent the ultimate downconverter material. I will explore some of the points further below:
Phosphors, in contrast, have broader bands. The figure below compares QDs vs various phosphors. Evidently, in the main, QDs offer narrow emission. Yellow phosphor emitters, of course by definition, are broadband at c. 120nm FWHM. Single color phosphors are also relatively broadbands, typically ranging from 55nm to 85nm FWHM.
As for green emission, QDs are superior to all the phosphors listed below including the leading β‐SiAlON (c. 55nm). As for red emission, QDs have narrower emission bandwidths compared to all except the relatively recent KSF:Mn (license from GE) which gives five 2nm emission lines. As stated above though, the downside for this successful material is its long PL lifetimes (milli seconds) and slight off-target red emission coordinates. 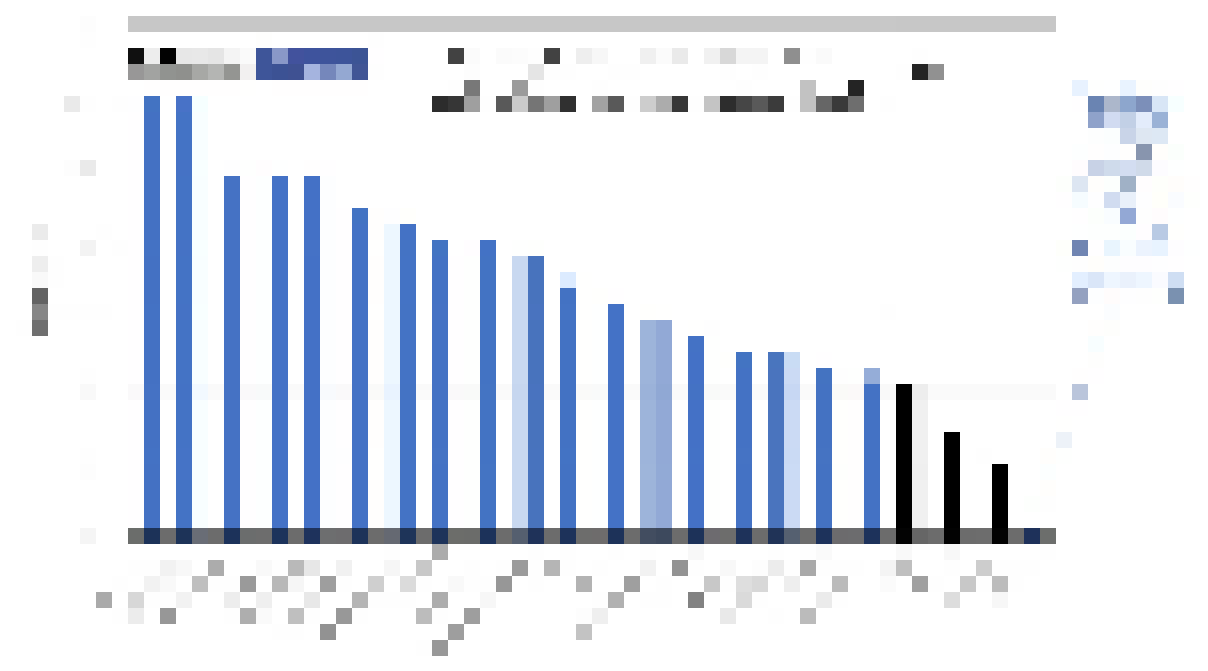 Figure: Comparing the FWHM of phosphors vs quantum dots. The blue bars represent the typical FWHM of various phosphors of different colors and compositions whereas the black bars represent QDs (CdSe, InP and inorganic green CsPbBr3 perovskite). The value selected for QDs are typical commercial values (not leading champion results). Note that QDs offer a narrower band compared to all but one phosphor technology. For more info refer to Quantum Dot Materials and Technologies 2018-2028: Trends, Markets, Players. Source: IDTechEx 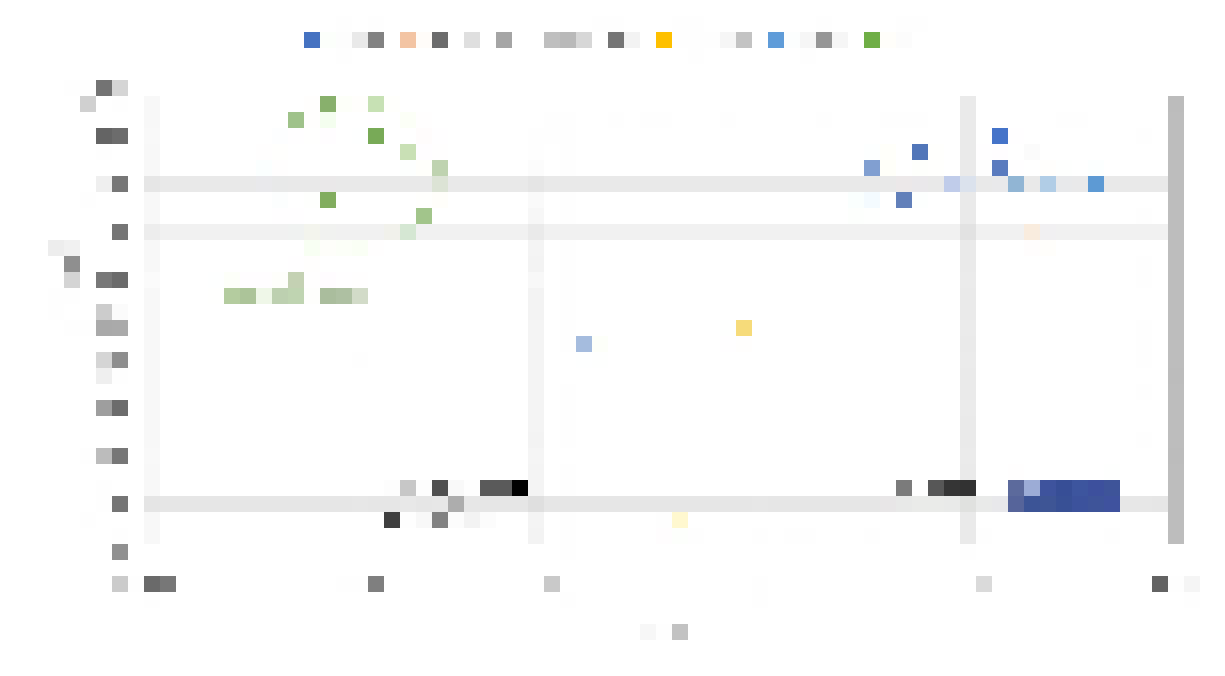 Figure: Relative quantum efficiency vs particle size for various phosphors and quantum dots. It is clear that phosphor particles are orders of magnitude larger than QDs. This is why their properties are independent of their size since size effects only come in play in the nanometer range. For more info refer to Quantum Dot Materials and Technologies 2018-2028: Trends, Markets, Players. Source: IDTechEx
QDs are however a much less mature technology. They are today commercially deployed in displays predominantly as remote downconverters placed on films far away from the light source. This is because their light and heat stability is still an issue. This issue must be overcome if quantum dots are placed on LEDs for display or lighting applications.
Why does the future hold?
The current status is that QDs can tolerate mild on-chip conditions, making them suitable for some low-power lighting LEDs and low-power microLEDs. The processing of QDs has also been developed, demonstrating that they can be mixed into resins (e.g., silicone) and placed into LED packages. Indeed, first products for low power LEDs have already been launched. There is still however some way to go to make them compatible with high power LEDs for lighting and displays. This, thus, represents an ongoing direction of development.
For more insights refer to Quantum Dot Materials and Technologies 2018-2028: Trends, Markets, Players. It provides our ten-year technology roadmap, showing how various QD implementation approaches including on-chip QDs will rise and fall. It includes ten-year market forecasts, segmented by QD technology and application, showing how the market will grow and how the technology mix will be significantly transformed with time. Here, we will consider edge-type QD, QD enhancement films, QD color filters, on-chip QDs, emissive QD displays, and so on. We consider Cd based materials as well as InP and perovskite ones in detail. We dedicate a full thorough chapter to existing phosphors. On the applications we cover displays, lighting, sensors, photovoltaics, and so on.