The interest in photovoltaic technologies in California dates back further than most people would expect, starting at the turn of the 20th century when tens-of-thousands of homes in Southern California took advantage of the "California sunshine" to heat water for their homes.
Fast forward to the 21st century and the establishment of statewide solar programs and government incentives lead to a budding photovoltaic industry. The graph of the growth of grid-connected capacity in California between 1990 and 2008 showcases the importance of incentives. 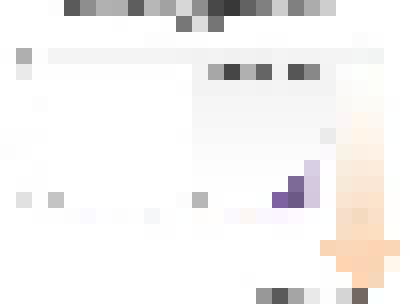 Sources: California Energy Commission, Grid-Connected PVs through December 2007; California Public Utilities Commission, California Solar Initiative Program Update: January 2009.
The 1990s were mainly characterized by little interest in grid-connected photovoltaics until 1998 saw the introduction of the Emerging Renewables and Self-Generation Programs. In the decade that followed, and fully supported by new initiatives established in 2007, the state of California saw a rise of grid connected capacity to approximately 0.5 GW.
In January 2006, the CPUC created the California Solar Initiative, which moved the consumer renewable energy rebate program for existing homes from the Energy Commission to the utility companies under the direction of the CPUC. This incentive program, for renewable systems of less than one megawatt, began in January 2007 and will provide a total of $3.3 billion over ten years.
Beginning in 2007, the California Energy Commission started managing $400 million targeted for solar on new residential building construction. The funds from the Energy Commission will help renewable projects between 2007 and 2011. Called the New Solar Homes Partnership, it focuses on new residential construction.
Along with a nationwide stimulus bill with a major focus on renewables, California is set to be one of the leaders in photovoltaics implementation in the next decade.

California does not only offer sunshine but an interesting set of incentives that will facilitate the growth of photovoltaic installations. The state is characterized by a plethora of companies active in the field of photovoltaics that push the developments of the solar industry further, leading to the creation of wealth, job opportunities, as well as cutting edge science and technology advances.
IDTechEx's Printed Electronics & Photovoltaics USA 2009 (www.IDTechEx.com/peUSA) conferences bring the state under the spotlight once more, gathering the largest number of attendees in the field of emerging electronic technologies in San Jose in December 2009. California-based companies will be opening their doors for visits during the event and presentations by leading innovators in the area will inform participants on their latest advances.
Applied Materials, established back in 1967 in Mountain View, California, have remained in the forefront of innovation ever since. With a current focus on turnkey solutions for amorphous and microcrystalline silicon solar cells, Dr Omkaram Nalamasu, vice president of advanced technologies will talk about the role of nano-manufacturing technologies and their impact on innovations in energy industry. Dr Nalamasu will be focusing on several issues surrounding innovative energy technologies, generation, conversion, as well as storage.
UCLA, one of the leading academic institutes in the state will be presenting on their development of ambient processed copper indium gallium selenide (CIGS) solar cells. The manufacture of inorganic photovoltaics at ambient temperature and pressure is a veritable paradigm shift that could lead to significant cost savings. The successful development of a production process that would make high temperature and vacuum processes obsolete would lead to the production of cheap solar energy, hence it is a research route followed that holds a lot of promise for the future.
Intel has a different approach to solar cells. The world's largest semiconductor chip maker is pursuing ways to improve the efficiency of organic photovoltaics since they involve cheap materials that can withstand a small level of impurities, negating the requirements for clean-room manufacturing. Yuri Sylvester, research scientist with Intel Labs, speaking at "Research at Intel" last month, said: "The main problem with the technology is that the dyes or inks that convert sunlight into electricity lose their efficiency when applied at greater than laboratory scales". Intel's presentation will be focusing on the work on overcoming these challenges, work that is undertaken in collaboration with the University of Washington.
Complementing the research of large corporations and academic institutions, a wealth of startups across California, including companies often in the news such as Nanosolar, Innovalight, Solarmer and Solyndra, are putting a lot of hard work into the development of innovative solutions in manufacturing, materials and design.

These innovative thin film technologies are set for growth in the coming decade as can be seen from the graph below, taken from the IDTechEx report "Thin Film Photovoltaics & Batteries 2009-2029" (www.idtechex.com/pv). Thin films are set to overtake crystalline silicon technologies as cost per watt for thin film solar cells is predicted to be lower, and in some cases is already lower, than crystalline silicon cells. By 2019, the market for thin film technologies will already be in excess of US$42 billion. 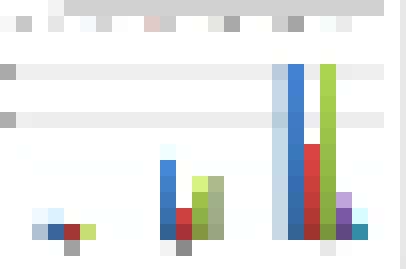 Source: IDTechEx
At the end of 2009, IDTechEx will host a gathering of approximately 1000 people interested in commercializing innovation in electronics and energy technologies and choosing California as the focal point for this meeting is no coincidence. For more information, visit www.idtechex.com/peUSA.
For more on energy harvesting read Energy Harvesting and Storage for Electronic Devices 2009-2019.
For more information on the topic please contact the author Harry Zervos at h.zervos@IDTechEx.com or to find out more about the Printed Electronics USA 2009 conference please contact the Event Manager Mrs. Chris Clare at c.clare@IDTechEx.com.