Nanoparticle inks could be used to print solar cells like newspaper, or painted onto the side of buildings or rooftops to produce electricity.
Manufacturing solar cells using gas-phase deposition in a vacuum chamber requiring high temperatures is relatively expensive. However, according to Professor Brian Korgel, University of Texas, Austin, it may be possible to reduce these costs by an amazing 90% - making the price of solar energy more competitive with other technologies. 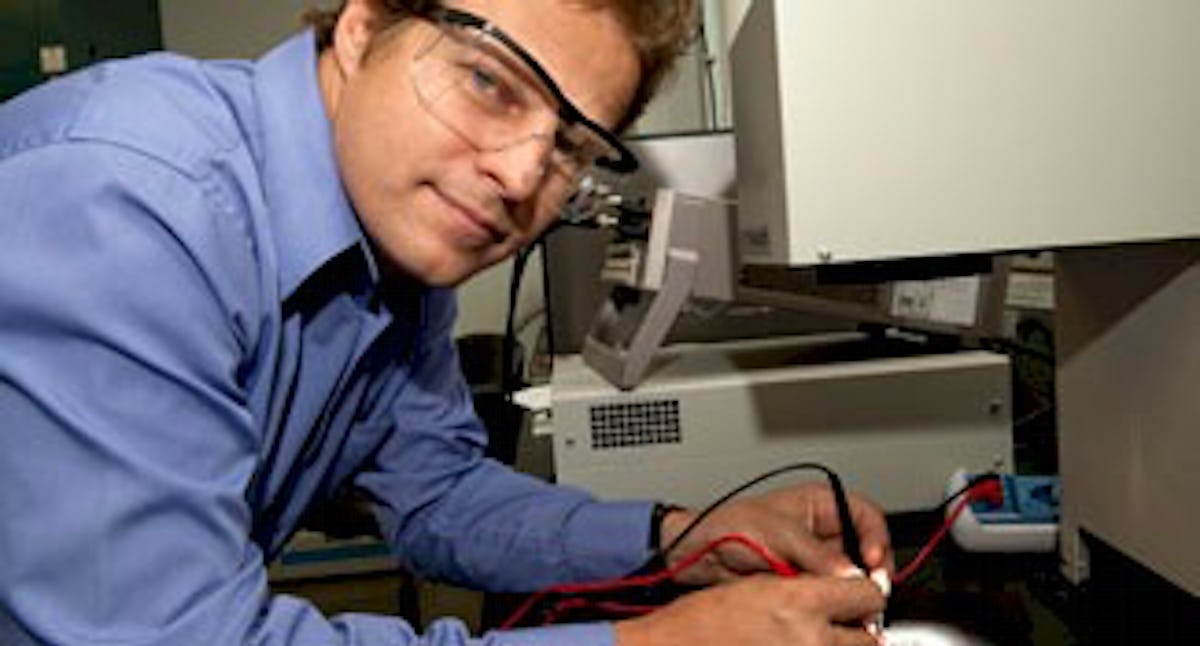 Chemical engineering Professor Brian Korgel tests one of his printed solar cells. Source: University of Texas.
Korgel and his team have been working on a solution of nanomaterials using copper indium gallium selenide (CIGS) which is not only cheaper than silicon but you also use less of it when manufacturing solar cells. The light-absorbing nanomaterials are 10,000 times thinner than a strand of hair, because their microscopic size allows for new physical properties that can help enable higher-efficiency devices. 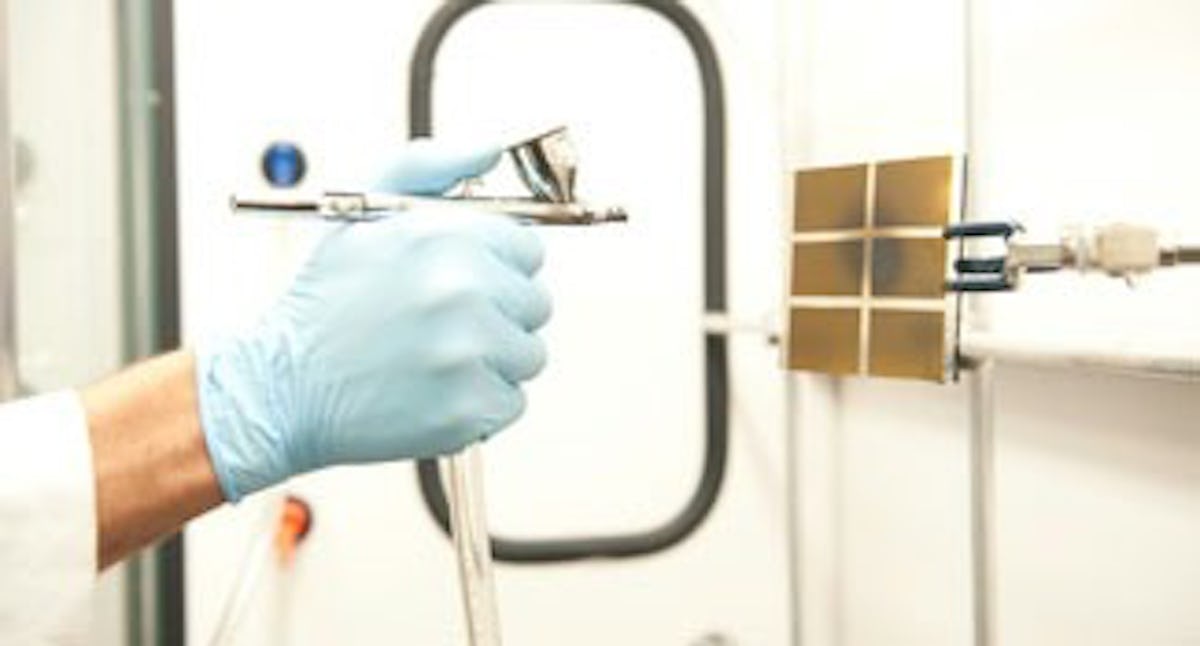 Researchers apply the nanoparticle "inks" as a spray on the solar cells. Source: University of Texas.
His team has only developed a solar cell prototype at 1% efficiency, but in order to make the product commercially viable, they need to achieve 10% efficiencies, which Korgel believes could be possible within the next 3-5 years.
Not only could the inks, which are semi-transparent be printed on a roll-to-roll printing process on a plastic substrate or stainless steel, they could also be used on windows that double up as solar cells. Korgel says the prospect of being able to paint the "inks" onto a rooftop or building is not far-fetched - "you would have to paint the light-absorbing material and a few other layers as well," he concludes.
They recently demonstrated proof-of-concept in a recent issue of "Journal of the American Chemical Society". The work has attracted the interest of industrial partners.
Innovalight recently installed a system to inkjet print silicon-ink, which they claim can halve the number of costly manufacturing processes required to produce highly efficient solar cells.
Whilst researchers at the UCLA Henry Samueli School of Engineering and Applied Science have developed a low-cost solution processing method for CIGS-based solar cells. They used hydrazine as the solvent to dissolve copper sulfide and indium selenide in order to form the constituents for the copper-indium-diselenide material. Their material, which is simply dissolved into a liquid, can be easily painted or coated evenly onto a surface and baked. The solar cells achieved over 9% efficiency in the lab.
Top image: At the core of Korgel's research are the nanoparticle "inks" (as shown here) which are the sunlight-absorbing materials of his solar cells. Source: University of Texas.
For more attend Printed Electronics & Photovoltaics USA 2009 and read Thin Film Photovoltaics & Batteries 2009-2029.