Energy harvesting revolving doors capture otherwise wasted human energy and convert it to electricity to power the installation site, for example lighting and signage.
Designers Jennifer Broutin and Carmen Trudell at design studio Fluxxlab have created Revolution Door, which is a modified revolving door made up of three parts - a redesigned central core replacing that of any existing or new revolving door, a mechanical/electrical system that harnesses human energy and redistributes electricity to an output, and an output device that maps the harnessed energy. The energy harvesting revolving door was exhibited in Manhattan's Eyebeam art and technology centre. When visitors walked through the door, the energy harnessed was used to power a sign that lights up as people pass through. 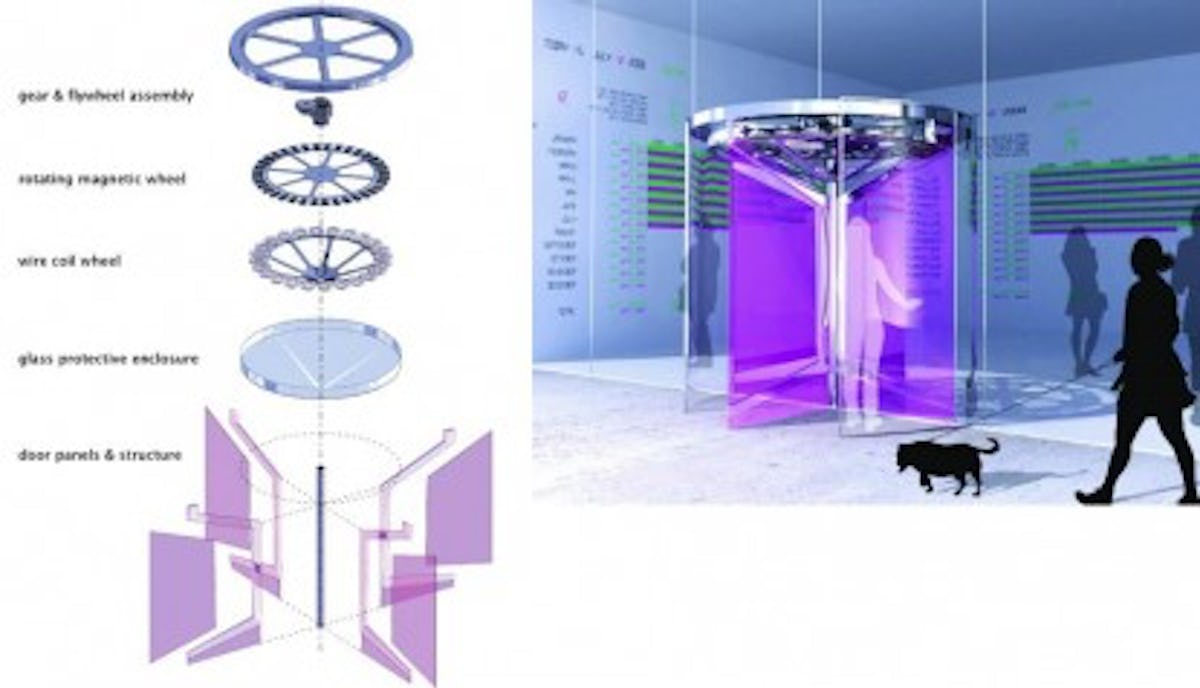 Source: Urban Omnibus
Prior to designing the Revolution Door the designers came up with the Door Dynamo which comprised of a modified door closer coupled with a "hacked" flashlight dynamo by use of an integrating gear. This assembly harnessed only a small amount of energy when users entered or exited. In the exhibition display version, the energy harnessed was used for a light display.
Royal Boon Edam Group Holding has also developed an energy generating revolving door for the Driebergen-Zeist railway station in The Netherlands, which not only saves energy but also generates energy with every person passing through the door. The station has a daily capacity of 8500 commuters and a calculation for this particular situation that indicated an energy saving of around 4600 kWh per year, a considerable saving compared to a conventional sliding entrance. 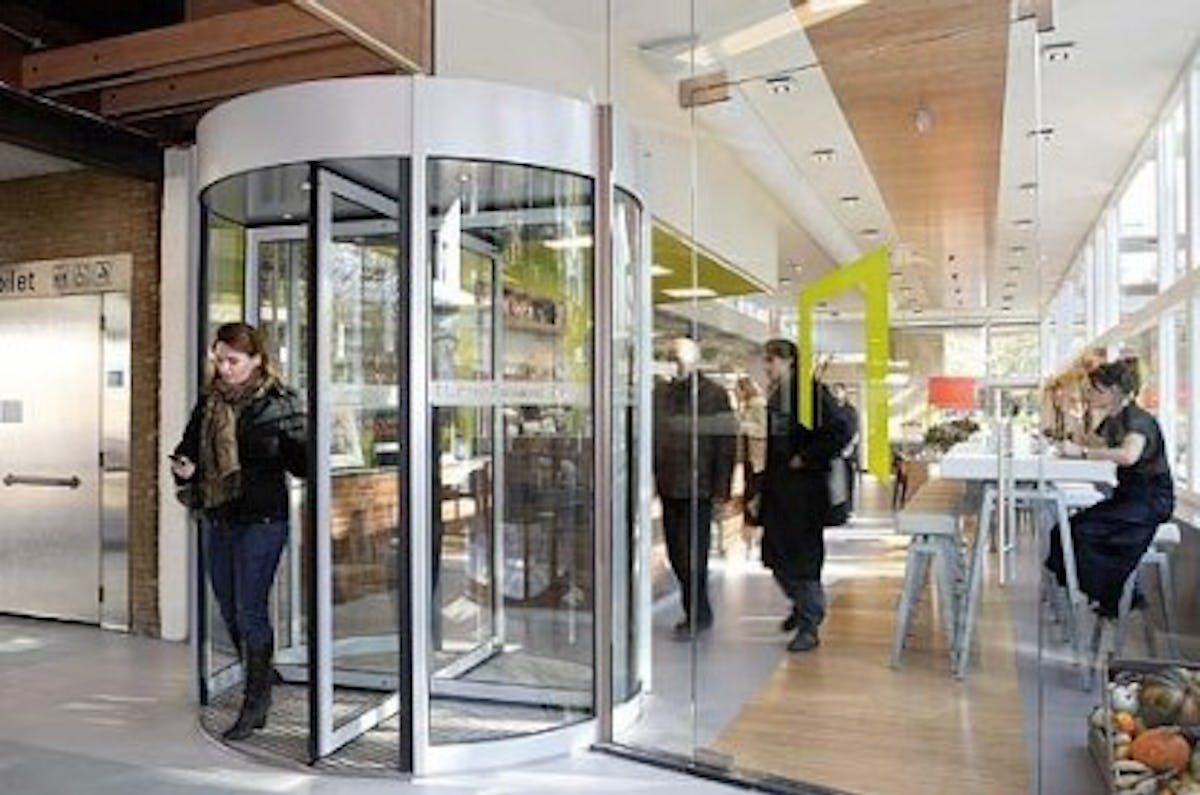 Source: Boon Edam Group
Boon Edam has become the first manufacturer in the world to develop an energy generating manual revolving door. The revolving door is equipped with a generator that is driven by the human energy applied to the door whilst the generator controls the rotating speed of the door for safety. The ceiling of the revolving door is made of safety glass and gives a clear view of the technology. A set of super capacitors stores the generated energy and provides a consistent supply for the low energy LED lights in the ceiling. The control will switch to the alternative mains supply of the building when necessary and this ensures that the door is illuminated at all times, even when the passenger flow is minimal. The total amount of energy that is generated by the revolving door is accumulated and shown on a large display inside the building.
Harnessing the energy of pushing through a revolving door is a simple idea but considering the number of revolving doors in busy city centres, this idea has great potential. The revolving doors in large office buildings and busy transport stations are always in use at any given moment during the day and by capturing that kinetic energy free electricity is supplied to the installation site.
Top image of revolving door ceiling, source Boon Edam Group
For more attend: Energy Harvesting & Storage USA 2009
Also read: Energy Harvesting and Storage for Electronic Devices 2009-2019