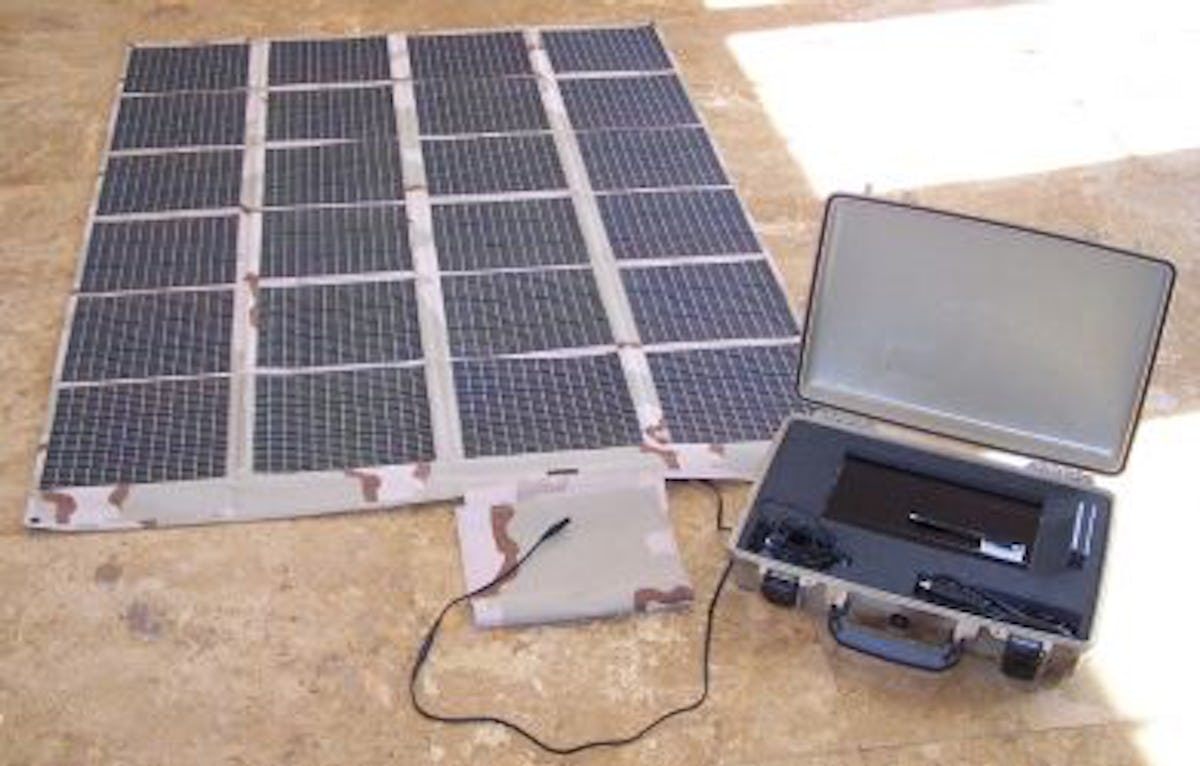 Military off-grid generator
Powerenz products are scalable, so that they may be used as powerful solar-powered generators capable of delivering up to 3000 watts of power for short durations. Even when used as solar-powered generators the systems are portable and relatively lightweight. The heavier systems, weighing 75 - 300 pounds, can be used to power devices that require a larger power source, such as furnace blower and water pump motors, and power tools that have surge AC power draws up to 25 amps. The lighter systems can be used in situations where high energy density and minimal weight are required and can power a variety of portable electronic devices that require 12 volts DC up to 10 amps/120 watts, 110 volts AC up to 100 watts, and can recharge itself in sunlight using the included solar panel. 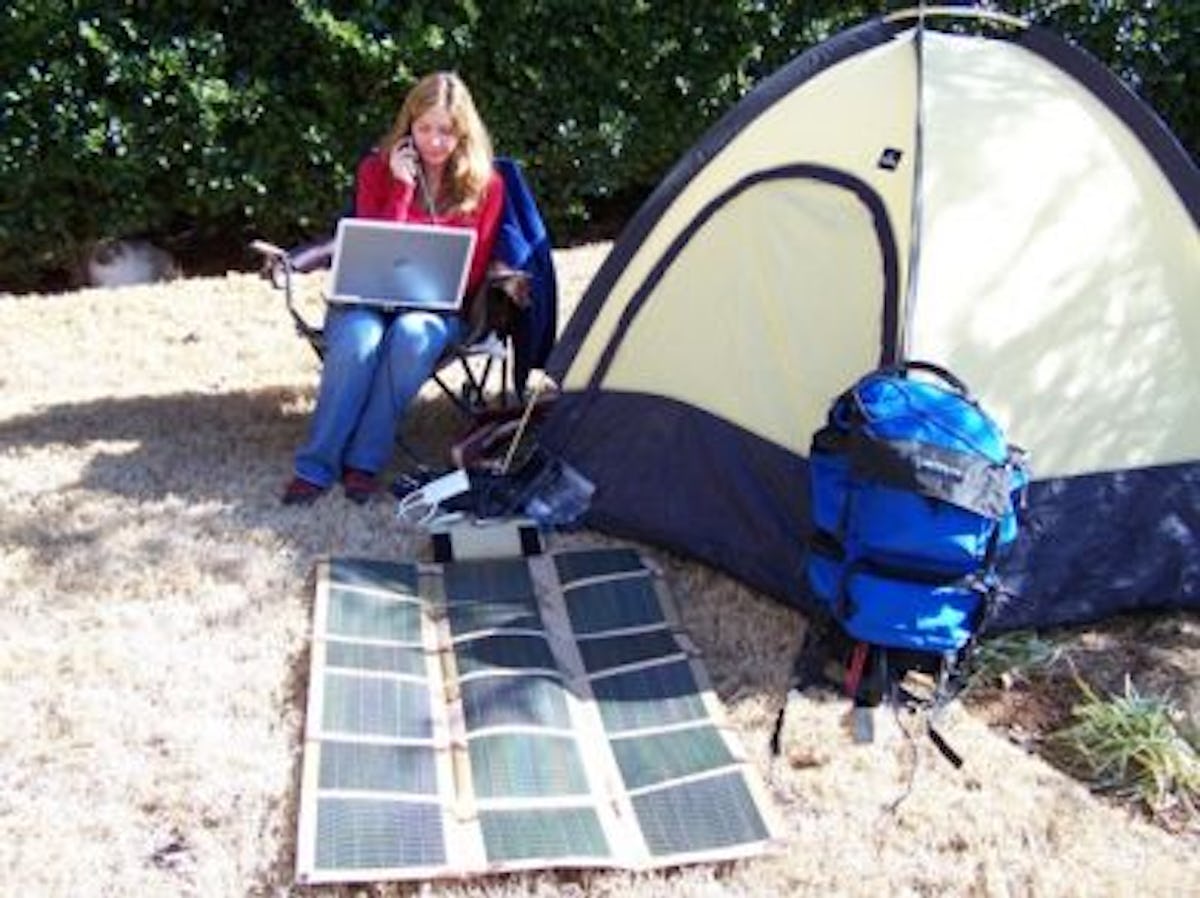 Laptop and cellphone charger
Powerenz also designs light-weight portable solar generators for laptop computers, most of which can provide emergency power, run a laptop while solar charging, and solar recharge the laptop's internal battery - all simultaneously. 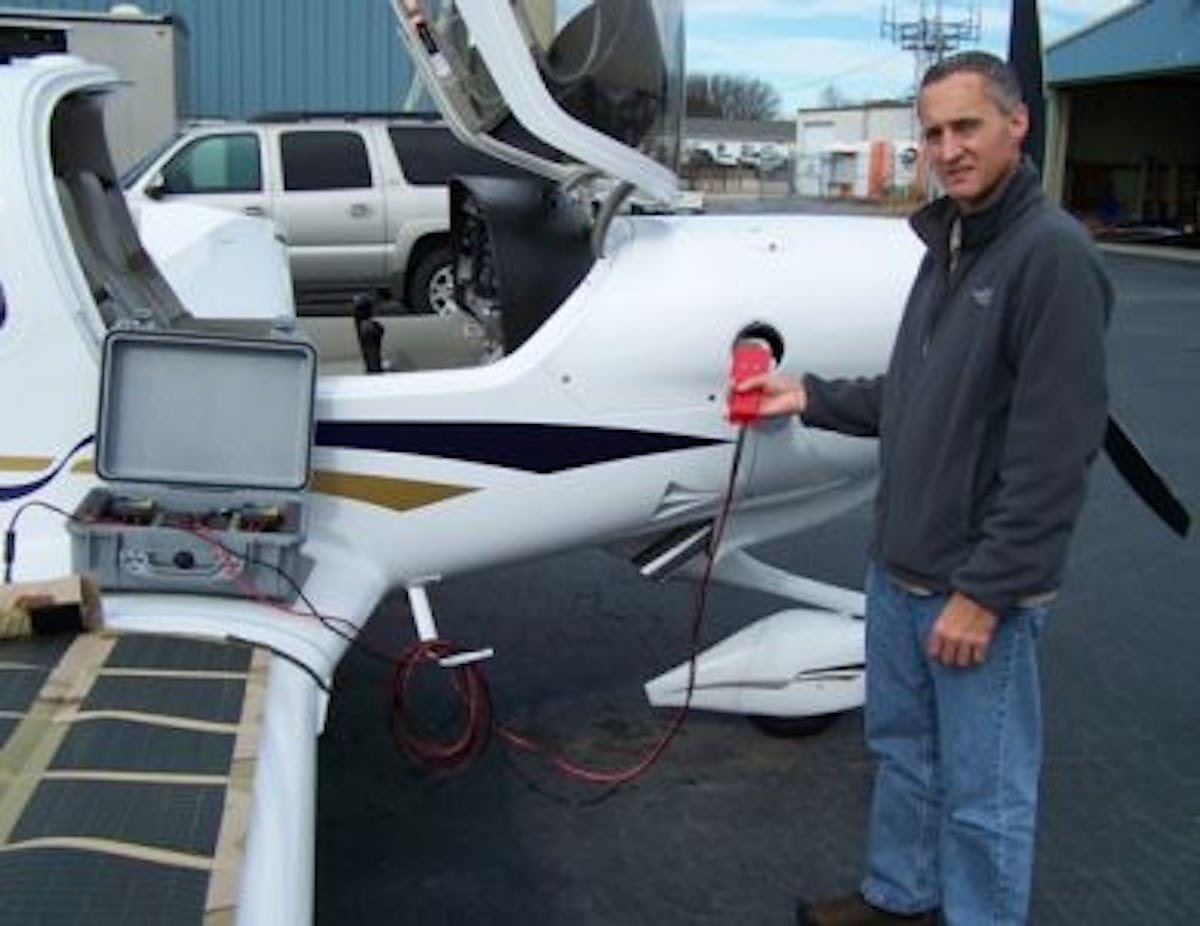 Light aircraft avionics charger
A pilot with a single-engine, four-seat airplane was looking for a better way to power his avionics system and asked Powerenz to design a custom, portable solar power system that would power up the airplane's 24-volt avionics system while the plane's engine was off. Powerenz designed a unit that utilized solar energy instead of fossil fuel, could be stored and carried in one waterproof, protective case, could be charged by AC power when available, and - most importantly - provides long-term independence from the power grid.
Top image: waterproof marine solar charger, all images source: Powerenz
For more attend: Energy Harvesting & Storage USA 2009
Also read: Energy Harvesting and Storage for Electronic Devices 2009-2019