Ac electroluminescent light emitting displays have been around since 1964 but they have been unimaginatively marketed other than by the former company elumin8 and to a lesser extent by a few others. The inks and device architecture have not been energetically improved. The 100-150V 400Hz power supplies are relatively costly, large and sometimes noisy and life in continuous use is only around 18 months. The devices have been regarded as yesterday's technology but that is now about to change, particularly encouraged by the fact that widely usable, wide web OLEDs keep slipping into the future. A wide range of advances are powering this rapid progress in ACEL.
Ruggedised flexible outdoor versions for sea buoys etc have been developed and installed by Electroluminate which are much brighter and have a longer life. Electroluminate has also announced capability to make Moiré patterns, which change dramatically with angle of observation, using ACEL.
Agfa of Belgium announced Lumiflux high brightness HB, long-device- life ink at the IDTechEx Printed Electronics Asia event this week. This was developed with Kabay & Co/ LumiFlux of Australia, with startling demonstrations of these new lights and displays. 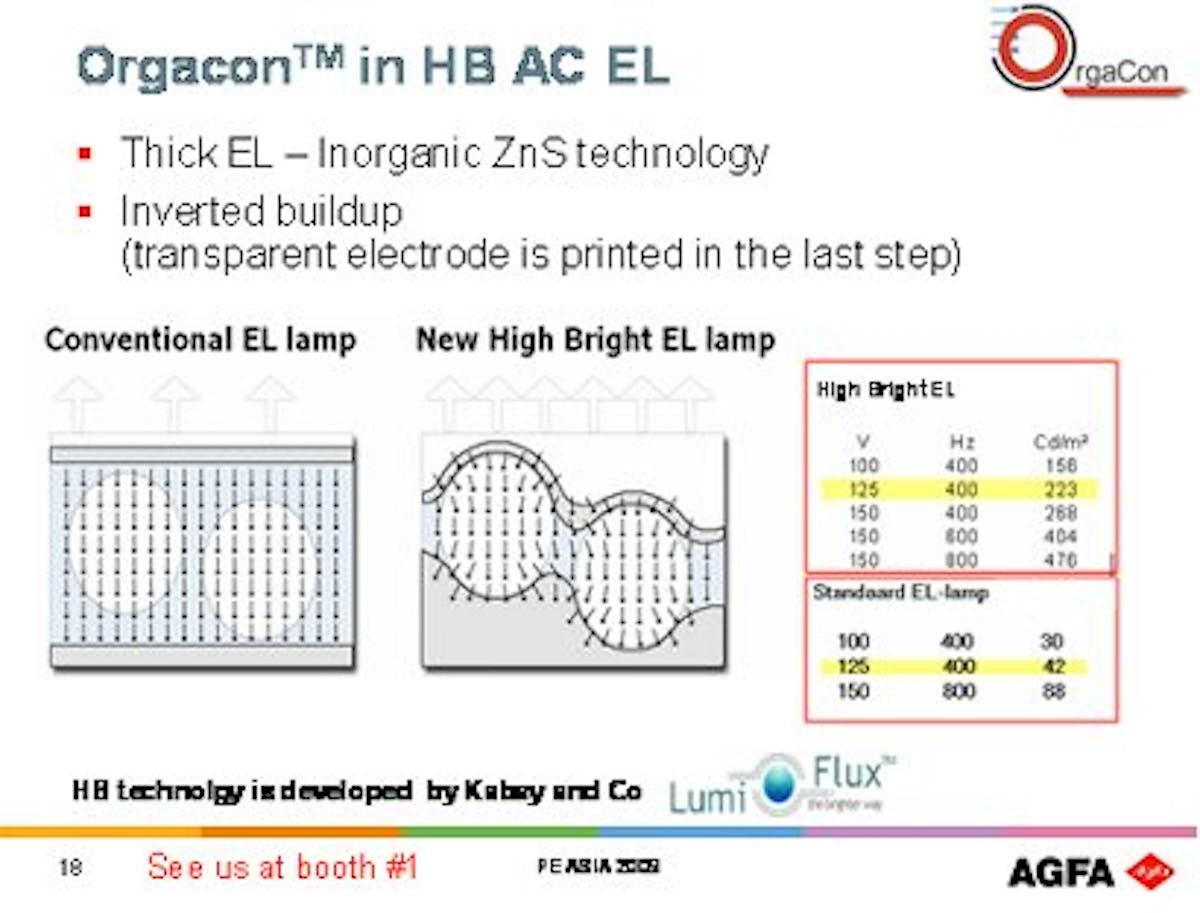 Excellent performance of PEDOT-PSS in place of ITO in the ACEL transparent conducting electrode was demonstrated. Indeed using this organic conductor makes the display tightly rollable, something that is not possible with traditional ITO.
Agfa reported the following:
Build-up
Performance @ 100V / 400Hz
Indeed, partner Lumiflux has reported half life of 20,000 hours. 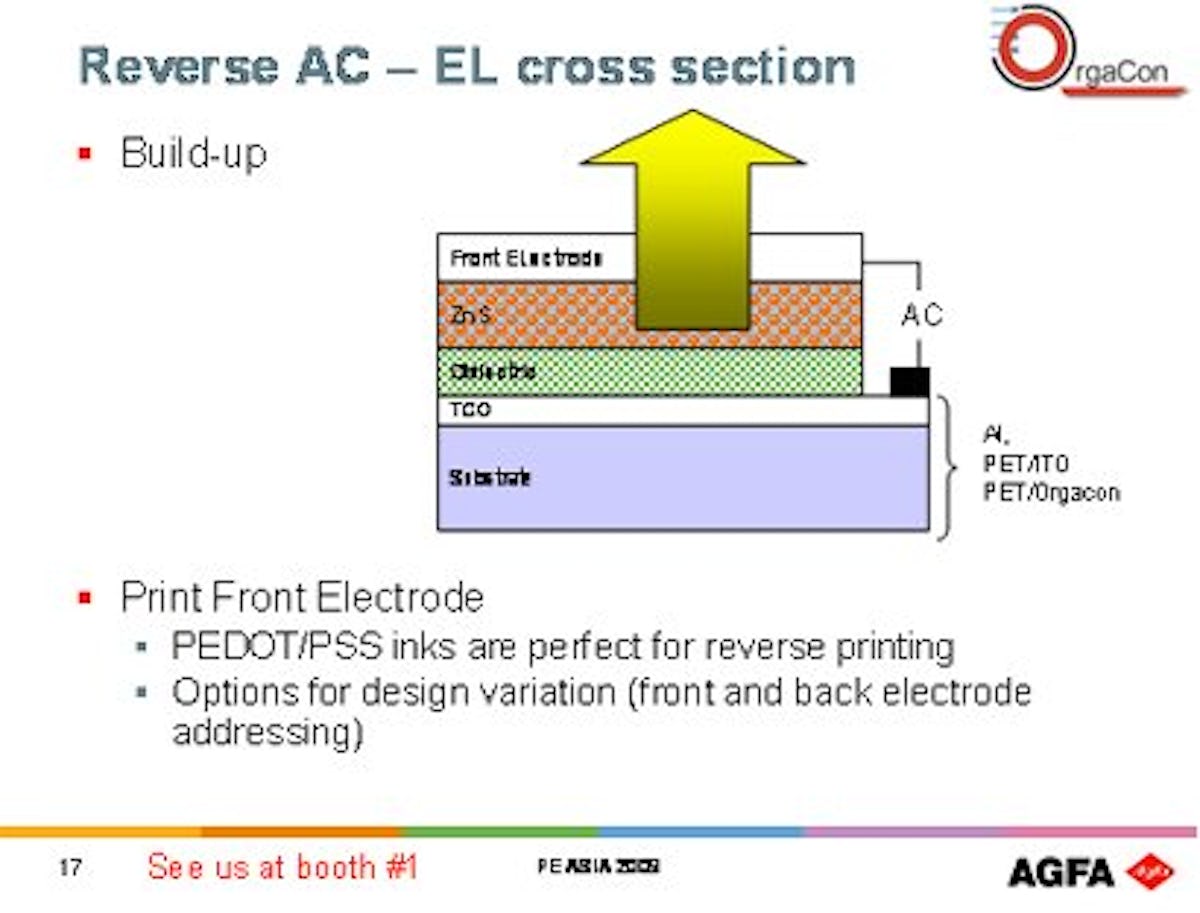 The HB concept, now available for licensing, requires a "reversed" build up: the transparent conducting layer needs to be printed over the ZnS layer. There is a large benefit in using Orgacon. The same BaTi03 and ZnS powders can be used. Agfa optimized the binder and solvent combinations together with process tuning. No additional printing steps are required and cost is comparable to conventional ACEL.

Additive via printing and coating (screen inks, inkjet, coating formulations,...)
Alternative approach giving high brightness
Professor Wayne Cranton of Nottingham Trent University in the UK announced at the same event that his team had produced extra bright ACEL by self-waveguiding light along the film instead of across it. He uses unique laser processing to improve performance and he started by depositing films on silicon and peeling them off. Flexo printing will follow.
"The resulting displays will be suitable for applications such as near eye reading and reading in sunlight", he says. He works on Mn doped ZnS light emitting layers whereas Fe, Ag and Cu dopants usually providing the colors in traditional versions. He has also looked at SrO ACEL light emitters. Replacing the ITO transparent electrode with lower cost ATO formulations has been investigated.

Schreiner Electric has remotely powered ACEL. For the future, the experts feel that there is no theoretical reason why the voltage cannot be reduced to 50V. At the conference, the East Asian delegates showed keen interest in the Western advances in ACEL that were presented.
Come back ac electroluminescent displays and lighting. All is forgiven. With imaginative product design and marketing, billions of dollars of sales await.
For more read Inorganic and Composite Printed Electronics 2009-2019.

Very interesting, there are though some of us who have been actively putting this technology to practical use for several years now, type in Light Tape on any search engine and have a look at our UK web site from some of the comments above I think you may be surprised.