The consortium for the HYPOLED project, co-ordinated by Fraunhofer IPMS, has announced collaboration with MicroOLED following the bankruptcy of MicroEmissive Displays late last year.
The project was originally founded and co-ordinated by MicroEmissive Displays in the UK who went into receivership in November 2008, when Fraunhofer IPMS accepted co-ordination with a view to investigate options for MED's substitution.
HYPOLED is a European Commission funded project consisting of 7 European partners targeted towards "High- Performance OLED-Microdisplays for Mobile Multimedia Helmet Mounted Displays (HMD) and Projection Applications. Restructuring of the consortium has delayed development and a completion date is expected to be announced soon.
The main objective of the project is the development and integration of a next generation high performance OLED-microdisplay platform for multimedia applications. The platform can be used with microdisplays based on both polymer and small-molecule OLEDs. The OLED-microdisplay platform is capable of deployment in a number of applications including personal display systems and mobile projection. Within the project, this platform will be integrated into two types of optics and addressed by a wireless data interface capable of handling multimedia content delivered via DVB-T, DVB-H and WiFi/WLAN. Two systems are being developed - a near-to-eye virtual display system with a 24 degree field of view and a micro-projection system capable of generating a projected image of up to 15cm in size. 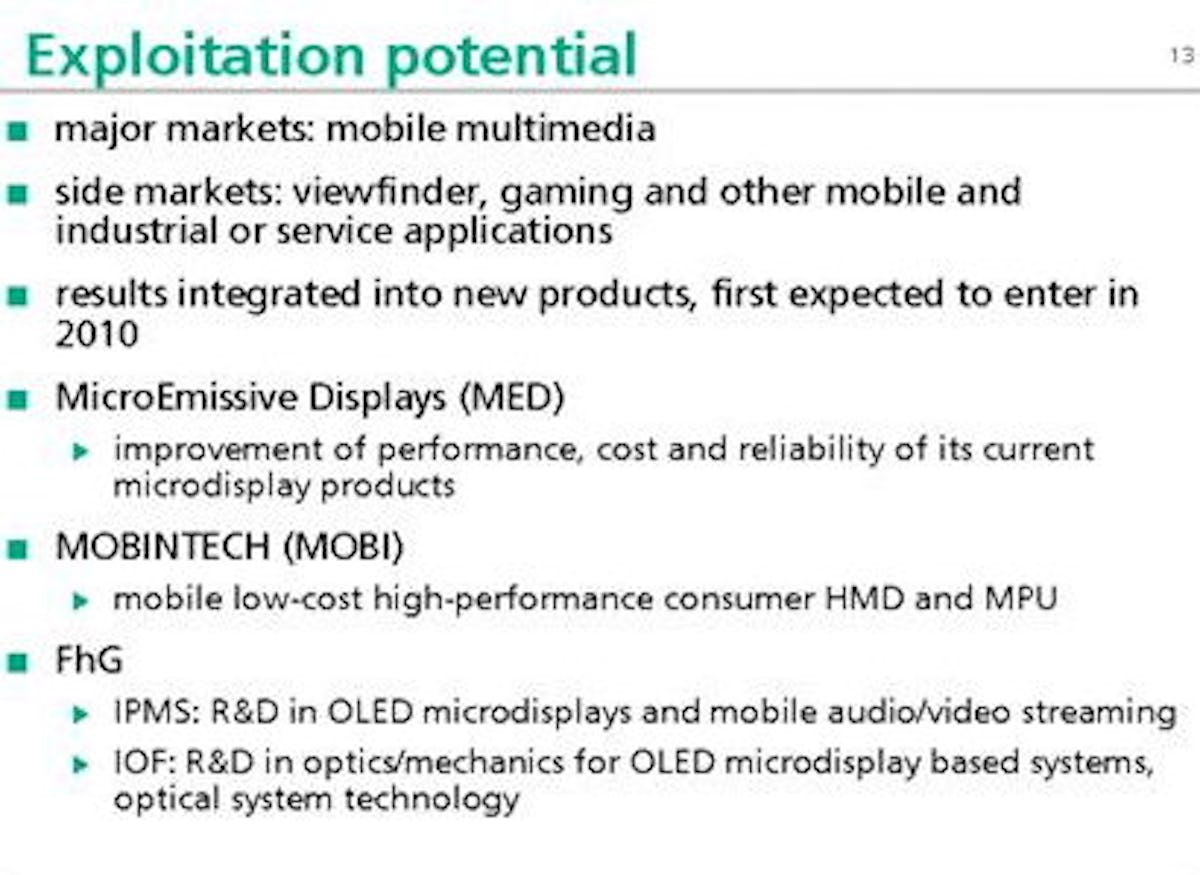 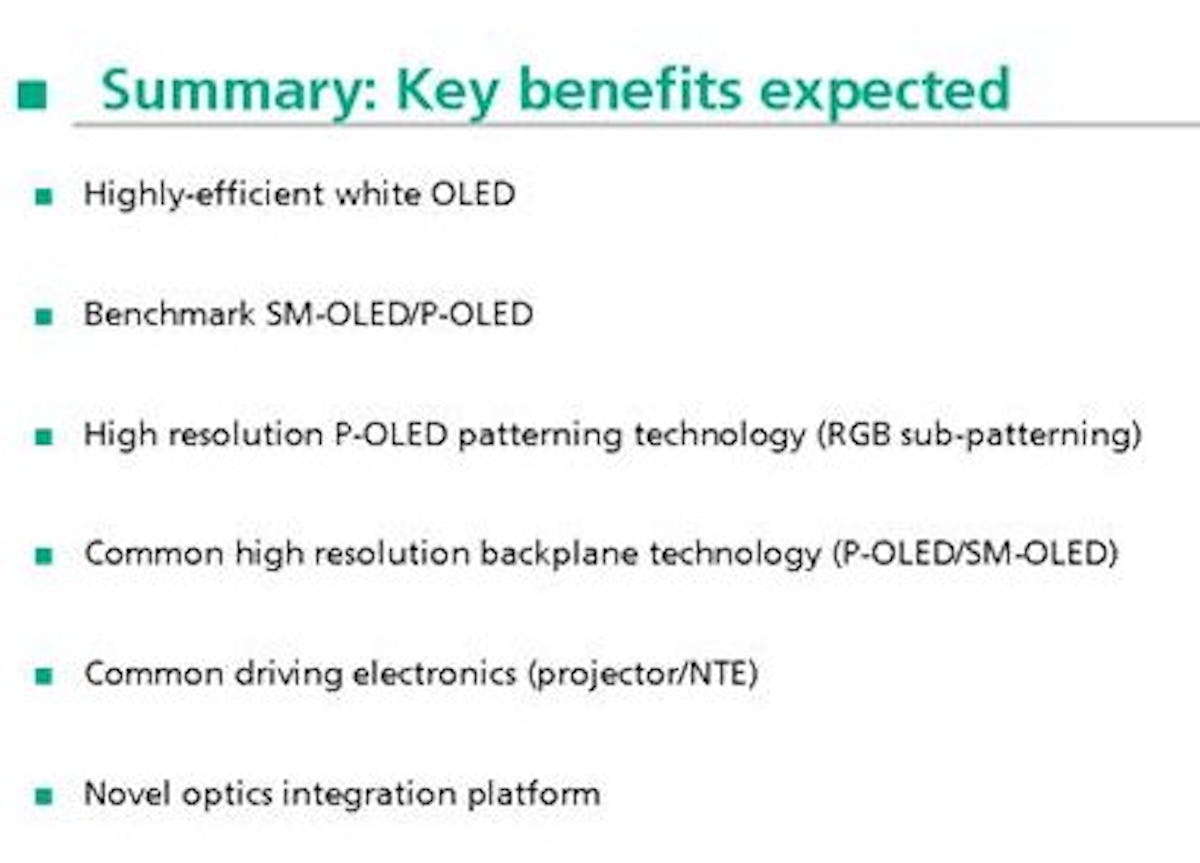 The collaboration targets MicroOLED's expertise in high performance microdisplays for near-to-eye applications for use in video glasses for mobile HDTV, viewfinders for cameras, and professional applications.
Over the last 18 months steady progress has been made with the following results announced by the consortium.
Ongoing work continues on the HMD design; the integration of a unique RGB sub-pixel patterning approach - full color without filters; OLED electrical modeling and custom design of Fraunhofer IPMS's mobile, battery powered Mediabox.
Further progress will be presented at the SID-ME Chapter Spring Meeting 2010, to be organized by Fraunhofer IPMS and held in Dresden/Germany on March 18-19 2010 www.ipms.fraunhofer.de/sidme2010.
For more read Interactive OLED eyeglasses with microdisplays available in 2 years and Displays and Lighting: OLED, e-paper, electroluminescent and beyond.
Also attend Printed Electronics USA.
Reference and images: HYPOLED Project