The first cars looked like horse drawn carriages - suboptimal and using the design rules of the past. So it is with most printed electronics today. It is frequently burdened with old fashioned components like silicon chips, cylindrical capacitors, chip resistors and button batteries and bulky edge connectors that destroy the advantage of thinness. It is often still made by soldering things together. It is very like a car designed as a "Surrey with a fringe on top."
The irony of the integrated circuit - the silicon chip - is that it integrates so little. It cannot incorporate a loudspeaker, microphone, push button or a reasonable battery or solar cell for example, because these are too big and silicon chips have to be small for viability. Large silicon chips are prohibitively expensive.
Printed electronics is very different. It can integrate all these things. For example, Palo Alto Research Center and Soligie in the USA are printing components on top of each other. They connect but they can also interact - beneficially or problematically. The interaction of printed components and the use of new components that can only be made as thin films means that this new technology needs completely new design rules. This need is underpinned by the fact that the elements of the new electronics have new limitations, not just new capabilities.

Universities should be researching the new design rules. For example, you can be profligate with transistors in a silicon chip but they are late to arrive into the printed electronics scene. They are often poorly performing and many have large feature size. Designers usually need to minimise the number of transistors in a printed electronics circuit and using the new flexible thin film component called the memristor - first made in 2008 - promises to be one way of doing this.
The first memristors were made by Hewlett Packard and The National Institutes of Standards and Technology have now developed flexible versions. Sometimes one can avoid transistors altogether as in an anti-theft tag, a Duracell on-battery tester or a Prelonic Technologies sequential multilayer display, where you press printed buttons to make successive layers reveal their text.
Printed inductance is very feeble - no ferrite cores or multiple turns on top of each other yet - but many companies already print even high power resistors on the desired flexible, low cost substrates, some acting as heaters for eg thermochromic displays.

Capacitors but not as we know them

ACREO prints supercapacitors as gate dielectrics in its transistors, indeed, flexible supercabatteries less than one millimeter thick were launched this year by Nanotecture. Dyesol dye-sensitized solar cells, have achieved record efficiencies of 12.3%. They have led to Dyesol's CEGS technology: Combining Electricity Generation and Storage. This is a promising way of integrating a dye solar cell with a supercapacitor which could be a potential spin-out from Dyesol. Plastic Electronics GmbH is creating a variety of printed devices relying on capacitive effects from smart shelves to thumb controls.
Printed metamaterial components are coming along. What will we be able to do with the planned memcapacitors derived from memristors? Memory that takes no power is a possibility. Memristors are nonlinear and described by a variety of time-varying functions of net charge so there is no such thing as a generic memristor. Each device implements a particular function - either the integral of voltage determines the integral of current, or the opposite is true, so a linear time-invariant memristor is simply a resistor.
Memristor theory was formulated and named in the USA by Leon Chua in 1971. He extrapolated the conceptual symmetry between the resistor, inductor, and capacitor, and inferred that the memristor is a similarly fundamental device. Today he is looking at what happens if you combine the properties of memristors with capacitors and inductors to provide compound devices such as memcapacitors and meminductors and then what happens if you combine those two. New design rules indeed.

The toolkit for printed electronics is therefore advancing very rapidly, not just the multilayer assembly geometry. Those trying to sell individual printed components are rather like those selling mudguards or fenders for cars. They will sell a few but integration eliminated most of them some time ago.
By contrast, Blue Spark Technologies wisely supports companies integrating its printed battery processes. Power Paper had greater success when it moved from selling printed batteries to printing such things as smart skin patches delivering cosmetics that integrated the battery with the skin electrodes.
Bluespark printed manganese dioxide zinc battery supporting integral antenna and interconnects. 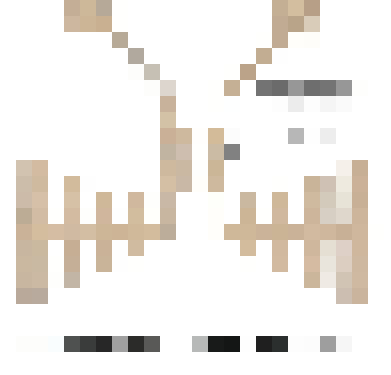 Infinite Power Solutions sells its laminar batteries with energy harvesting interfaces that will increasingly be made in one process, providing near loss-less energy storage, highly efficient power management electronics, and regulated output voltage—all in a miniaturized footprint.

Conventional electronics - still essentially two dimensional - occasionally needs care with lateral inductive coupling between components at high frequencies but the new printed electronics increasingly consists of components printed on top and alongside each other, the discrete component becoming a thing of the past. This can lead to capacitive coupling. However, the various interactions can be turned to advantage as in the distributed LC circuits developed by Dr Richard Fletcher at Massachusetts Institute of Technology. These can perform filtering and RFID functions for example.

A huge benefit made possible by printed electronics is its compatibility with smart substrates as in the stretchable electrodes on electroactive polymers that lead to loudspeakers, texture change and other types of human interface such as the reprogrammable Braille demonstrated by Tokyo University. At the recent IDTechEx Printed Electronics Asia event, it was shown how a stretchable circuit can be put over an entire egg without breaking it.

Planned applications can have plenty of area

Stretchability, edible electronics, transparent and tightly rollable electronics and other totally new paradigms completely change the design rules.
For example, in a large number of potential applications, area is not a severe constraint in the way it is with conventional electronics and electrics. An unrolled printed photovoltaic or piezoelectric power source can be huge without being a problem as can the unrollable displays, keyboards etc printed at the same time. Printed electronics on a poster, billboard or even point of sale display has large area available so such things as transistor feature size or photovoltaic efficiency are not necessarily a primary issue if the materials are affordable.
By contrast, in most potential printed electronics applications, cost is a much greater constraint than in most applications of conventional electronics.

Health and environment to the fore

Safe disposal is also more of a constraint because such things as gift cards, skin patches and talking packages will be too numerous and ubiquitous to be put in a special disposal bin like today's lithium batteries. Reusability by reconfiguration as another product is one way out. The intended applications of printed electronics on consumer packaged goods, healthcare disposables and so on make them more likely to be chewed by children so the acids, heavy metals, gender bending polymers and other difficult materials of conventional electronics become a no no.

Perhaps we are seeing three generations of printed electronics. Firstly it is just strung together like the conventional electronics that went before and using conventional circuit design. Then the components -still identifiable - are co-deposited, sometimes on top of each other, involving the theory of distributed circuits.
Then there may be a third generation of printed electronics that is a swirl of materials giving the desired result with not a single identifiable component in sight. Research is needed on this rather than the incremental improvement of, say, the individual layers of a 40 year old design of horizontal field effect transistor that just happens to be printed nowadays. Climb into the future: do not extrapolate the past.

The largest event in the world on the subject, Printed Electronics USA in San Jose December 2-3, will cover all these issues.
For example, Nobel prizewinner Sir Harold Kroto will deal with "Architecture in Nanospace". The event has Masterclasses before and after, visits to local centers of excellence in printed electronics and an investment summit dedicated to the subject.
Indeed, the sister event Photovoltaics beyond Conventional Silicon USA is co-located with it because energy harvesting can now be printed on the new electronics. Conversely, the new flexible transparent transistors (six presentations) are sometimes being printed over flexible photovoltaics to enhance the electromagnetic bandwidth that is captured.
The event clarifies how transparent electronics is a new paradigm with its own rules. Fractal Antennas, NIST and the University of St Andrews in Scotland will present on thin film memristors and metamaterials.
New breakthroughs will be presented such as hybrid graphene - carbon nanotube material, nanotube supercapacitors, interactive printed media incorporating printed battery technology, paper transistors, electronic skins and printed programmable logic. In addition, there is a session on producing integrated components and products.
Raghu Das, CEO of organisers IDTechEx says, "Everything about this conference is sharply up on last year, with attendance and exhibitors at record levels. Many of the largest potential end users will be there from the consumer packaged goods, electronics, healthcare, apparel, military and other industries. Interest is at a very high level because at last electronics is reaching printing, packaging, healthcare disposables and more and huge volumes are in prospect."
See www.IDTechEx.com/peUSA for more.
Top image: Early cars borrowed the body styles and chassis construction of horse-drawn vehicles. Credit www.oldwoodies.com