At the IDTechEx Energy Harvesting and Storage conference in Denver Colorado in November, Dr Richard Waters, Advanced Circuits and Sensors Branch SPAWAR System Center Pacific, presented on optimization of a kinetic energy harvester for low amplitude vibration. SPAWAR is a Department of Defense organization with about 4,200 staff (active duty military, federal civil service) plus contractors. It has $2.5B annual revenue, extensive partnerships and global presence and influence.
He noted the compromise between power density and energy density exhibited by state of the art devices, all of which have a place. 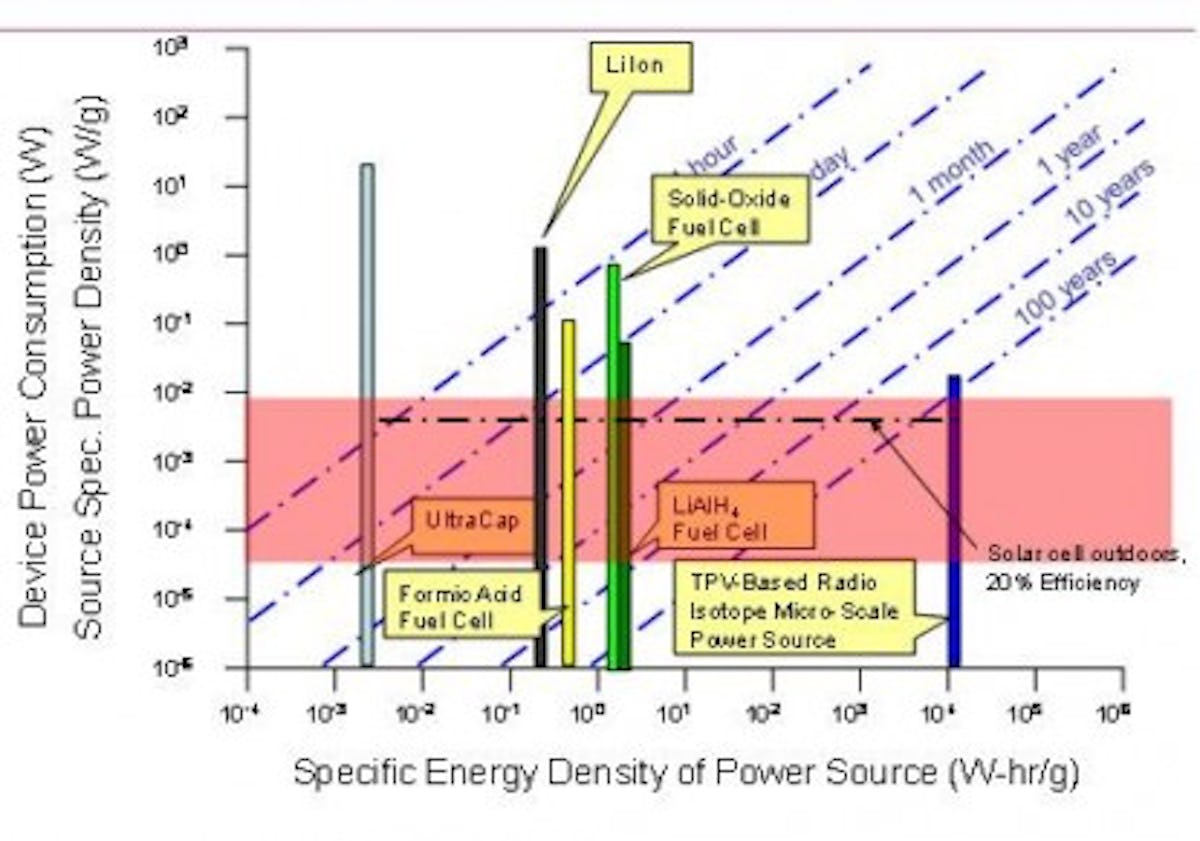 For potential vibration harvesting, typically encountered sources vary from about 18 to 385Hz. Low steady state vibration is typically all that is available eg 50mg or much less but his organization has successfully powered Wireless Sensor Networks WSN with only 2mg vibrations. 100% efficiency is not desired because any KE is immediately removed and converted to electrical power. This implies that the mass cannot move because as soon as it moves its energy is extracted. If the mass cannot move then the effective spring constant (electrical + mechanical) is infinite. If the mass cannot move there is no KE and therefore no electrical power.
SPAWAR opted for an electromechanical design in three test formats rather than piezoelectric. Perpetuum in the UK has also followed the electrodynamic vibration harvesting route, concluding that it is more versatile and provides longer life.
Thin film batteries with supercapacitors were efficient for energy storage in the formats investigated. The first one is shown below. 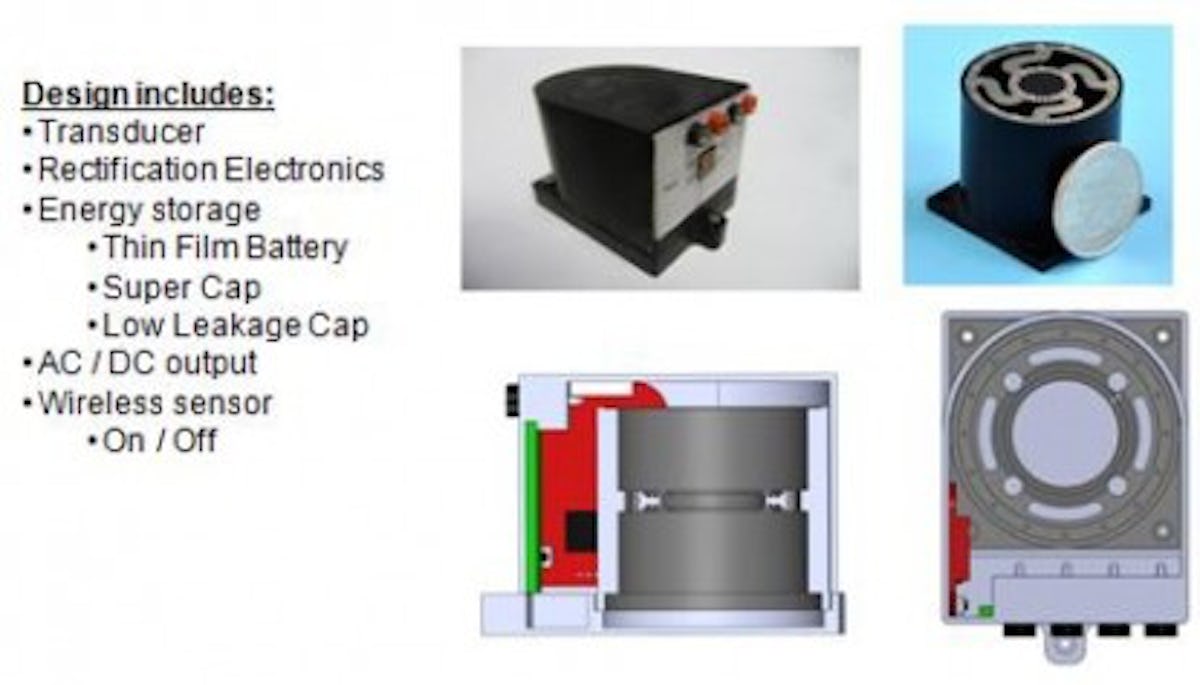 Two other formats were as shown below.