In 2009, the RFID market grew to $5.56 billion, having almost tripled in five years. Being largely based on government backed military, identity card, financial card, passport and other projects and legally mandated requirements such as animal tagging, this market is recession proof, continuing to grow rapidly. Of the total, $2.18 billion consisted of passive tags, the prime candidate for being printed in future. First to market with entirely printed transistor-based RFID is Kovio with the tag shown below.
Entirely printed ISO 14443 HF RFID tag with nanosilicon transistors on a flexible substrate 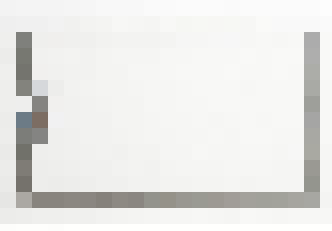 Source: Kovio
The actual circuit printed by inkjet on stainless steel foil is shown below. It consists of about 1000 transistors. This is hugely significant for the future of RFID. See the IDTechEx report Printed and Chipless RFID.
Magnified Kovio HF RFID transistor circuit

Source: Kovio
IDTechEx projects that the market for passive RFID tags will grow to over $10 billion in sales by 2019. Much of it will continue to use silicon chips: for example, a passport chip has over one million transistors and no one will print that anytime soon. To be more precise, the backplane driver of the Plastic Logic QUE e-reader has one million organic transistors but that is A4 area - far too big and expensive for an RFID tag in a passport. The much smaller feature size of the Kovio printed nanosilicon transistors means that they could get around 250,000 on a typical credit card sized HF RFID tag - the main value market for RFID - but achieving even the 72,000 or more transistors of ISO 18000 memory chip RFID would surely be uneconomic. The same would be true of microprocessor smart cards, for the foreseable future, in the view of IDTechEx. 72,000 Plastic Logic organic transistors might be squeezed onto a credit card area but again the economics would be in question. Leaving space for the antenna around the edge is a further constraint unless the tag is to work only one way round.
Countries that dominate
The largest database of RFID projects in the world is the IDTechEx RFID Knowledgebase, which currently stands at 3900 projects in 111 countries including a huge number of new projects that make the above forecasts credible. China and the USA spend by far the most money on RFID and China will soon overtake the UK in number of projects. (Japan and China tend to have a smaller number of projects but they are much larger in value). Detailed market analysis and forecasts can be seen in the IDTechEx report RFID Forecasts, Players and Opportunities.
Number of profiled RFID projects by country 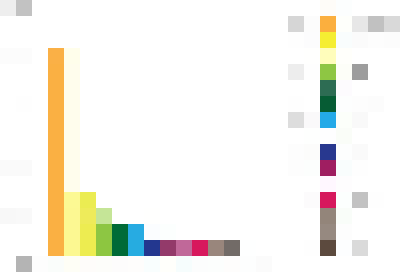