Highlights from the 2010 Flexible Electronics and Displays Conference

Chris Giacoponello introduced NTERA's concept of "printegration", the possibility to integrate a display, a sensor and a battery by using successive printing steps.
NTERA's technology is based on viologen inks that change colour upon accepting electrical charge. Without a need for a transparent conductor, they can be directly deposited on any opaque substrate (e.g. paper, PCB) with better reflectivity and lower cost (avoiding costly ITO).
Company demonstrators include RF-powered displays (co-operation with poly-IC), solar powered ones (co-operation with Plextronics) and a device comprising a printed display & battery stack, demonstrated in June 2009.
Hideo Umeda presented on an interesting development from Sumitomo Bakelite; the company is making a new type of transparent polymer that's doped with glass fibers so it has much better thermal expansion properties and glass transition similar to polyimides ( ~300 C) i.e. much better for high temperature deposition. Unfortunately there was no comment on pricing for the time being. With transparency of about 90% at 550 nm and about 83% at 400nm and a water vapor transmission rate of the polymer layer on its own at approximately 1.5 gr/sq.m.day the approach looks particularly promising in terms of developing high temperature transparent polymers.
Remaining on the topic of materials development, Mike Idacavage of Cytec focused on the development of UV curable polymers with a high refractive index with potential applications in anti- and highly reflective coatings, brightness enhancement, waveguides, etc.
A collaborative effort between Nanogram and Teijin was also presented, describing the deposition of Nanogram's silicon ink TFTs on Teijin's polycarbonate substrates.
In the field of OLED developments, presentations by Universal Display Corporation, Eastman Kodak and Samsung Mobile Display gave attendees a very interesting update on current work on OLED technology.
Eastman Kodak in specific presented the company's work on the development of very low cost, flexible; full-color OLED displays while Samsung Mobile Display focused on high performance rather than low cost, developing an AMOLED on polyimide with an Indium Gallium Zinc Oxide backplane. Two different encapsulation layers were used in the device, one CVD layer directly on polyimide which was developed in house, and Vitex Systems' technology used for the low temperature encapsulation of the overall device.

Source: Universal Display Corporation; from Pixel to panel. Used with permission of FlexTech. Originally presented at 2010 Flexible Electronics & Display Conference - February, 2010
Finally, on the hot topic of e-readers, E Ink presented their latest developments and also exhibited some samples of their flexible devices (using the EPLAR process, which was proprietary to Philips and bought by e Ink's parent company PVI in Taiwan) while LG Display described their B5 flexible EPD device, with direct color filter technology achieving a contrast ratio of 8:1 and a reflectivity of 21%.
A range of companies were also present in the event's exhibition, including equipment companies FUJI Dimatix, Applied Materials (who also presented during the conference on their roll 2 roll processing line), and materials companies Saint Gobain, SAES Getters, 3M, representing companies on the beginning of the value chain.
Product developers such as E Ink and Soligie were also present, showcasing their latest developments. 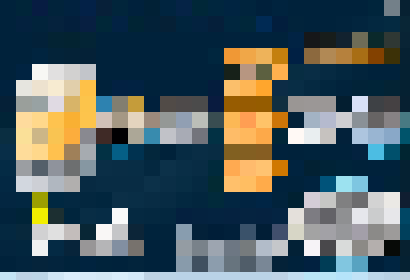 I would like to hear more on the possibility of printing batteries. I am presently using power packs to power resisitive heating elements. Thanks

Our group is experimenting with wireless monitoring. We are intrested in photovoltaics, energy scavenging, solar cells and printed batteries. This process seems to encompass all the technology to construct our sensor. We plan to Manufacture over 100 million units. Please send me more info. Alva Young