Second generation lithium batteries that are safer and have better performance are incorporated in the Lightning Car Company's Lightning sports car, the KleenSpeed Technologies 200mph Formula One pure electric car, the Hawkes Ocean Technologies Deepflight submarines, the PC-Aero pure electric aircraft etc. but even more powerful batteries will be welcome.
The conference of about 40 people "Lithium Battery Technology and System Development" in London 9 March 2010 was concerned with "breaking barriers for electric vehicles". This had relevance because energy harvesting increasingly assists in their recharging and the huge amount of investment now dedicated to their development will progress the performance of small lithium batteries used in energy harvesting modules for portable electronics and electrics. Professor John Owen of the School of Chemistry at the University of Southampton in the UK described work on interdigitated electrodes to overcome the problems of ionic and polymeric electrolytes that are resistive. His team is involved in a pan European project working on this that involves Swedish, Dutch and French organisations, Varta Battery and St Jude Medical.
Dr James Myners who has recently sold his Lithium battery electrode business in Switzerland to Dow Chemical, reported on that company's effort and gave his take on progress. Interestingly he pointed out the widespread abundance of lithium - current reserves can bower one billion cars - and the fact that the lithium is only about one percent of the cost of a lithium electric car battery. Cobalt may be a problem however - perhaps another reason to move to the more affordable and - many say - chemically safer manganese formulations (eg phosphorous and iron). He said that the more exotic options such as Zn-air, LiS and Li-air will appear in laptops and mobile phones before cars.
Dr Christian Rosenkranz, EUROBAT representative and Director of Global business & EU Government Affairs - Johnson Controls SAFT Advanced Power Solutions GmbH claimed that only SAFT, with its military work, has actually demonstrated life of over ten years for lithium batteries because the others have not been in the business long enough. JC-Saft has had great success in gaining a lion's share of the Obama battery investment and it expects to be price competitive with East Asian factories making these traction batteries as it brings on its facilities in Holland and the USA at an initial cost of $600 million. JC-Saft does not take the popularly narrow view so often encountered in the West that the opportunity ends with cars. Frost & Sullivan forecasted only 1.2 million hybrid cars being sold in 2015, very low in the view of latest trends. LG of Korea, one of the leaders in traction batteries, puts that figure at 4.6 million cars and IDTechEx forecasts 3.8 million.

Various other speakers described experience integrating traction batteries and gave the trends. For example cylindrical cells can be good for high power in hybrids and prism construction is used for high energy as with pure EVs but pouch constructions still have a place.

LiFeBATT described how its five personnel are supplied with LiFePO batteries from Taiwan and these will be fitted on 10,000 vehicles in 2011 including military ones. It is niche marketing. For example, it is involved in a Dutch built marine hybrid.

Like ReVolt Technologies and the East Asians, JC-Saft sees considerable potential in the 24 million e-bikes being sold yearly and many e-scooters and e-motorbikes are coming along often with a motor on each wheel and regenerative braking. However, the retail price of some e-bikes in China, where 95% of them are purchased, can be as low as $150.At the other extreme, several speakers noted rapid adoption in buses and commercial vehicles with 200KW and 10-80kWh being typical specifications. One aside was that the newer lithium batteries will mean that supercapacitors are no longer needed to manage fast discharge and charge but, with supercapacitors (ultracapacitors) coming along with several times improved parameters, that is not certain. Indeed some buses recharge using supercapacitors whenever they stop to pick up passengers and there are some large vehicles that have ultracapacitors and no battery. The high performance vehicle traction ultracapacitors of AFS Trinity Power Corporation are a breakthrough in hybrid performance.
In individual discussion at the conference, it was noted that the US Military often uses single use (primary) traction batteries for traction in the front line though the British are showing how recharging is practicable even here, with the Warrior people carrier and the Scimitar light tank.

There was some use of the term micro hybrid electric vehicle which refers to conventional cars that have regenerative braking recharging the battery a little and helping with stop start. These are not really electric vehicles at all and one suspects that there is some PR spin coming from companies that are late in developing true electric vehicles, just as Porsche and Ferrari are publicising concept cars in the face of Tesla and others selling electric sports cars that accelerate faster than theirs. They are buying time. 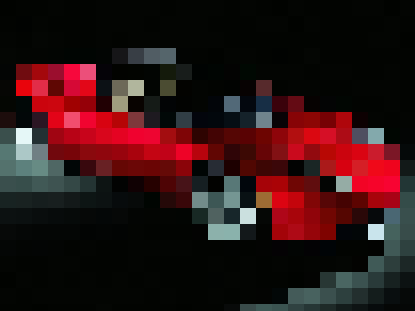 There was much talk of how batteries must be kept cool and not fully charged during storage or their life simply becomes a short calendar life, regardless of use. An extra ten degrees centigrade roughly halves the battery life. Indeed, there was uncertainty about whether water cooling can be abandoned for the ever larger batteries being developed for electric cars. One speaker said that a Czech "Impact" car has "rather inefficient" thermoelectric cooling and certainly there is scope for Automotive Thermoelectric Generators ATEGs donating electricity by Seebeck effect rather than using it by Peltier effect when placed on hot items such as engines, batteries and motors.

The value of the traction battery market now exceeds that of other lithium batteries: one car traction battery is equivalent to 10,000 mobile phone batteries and the gap is widening. Whereas lithium battery output in China roughly matches expected demand, in Europe it is half and in Japan/Korea it is 40 times the expected demand for traction batteries. Capacity in the USA is also well in excess of expected demand so there will be global overcapacity and a shakeout of major suppliers with no more than six succeeding. Of the leading contestants, several are now investing their second billion dollars to achieve the necessary one billion dollars of yearly traction battery sales that are necessary to be viable in the long term.
Panasonic, now owner of Sanyo, is leader since it also has a traction battery joint venture with Toyota, the global leader in hybrids. JC-Saft is unusual in having supply agreements with Azure for commercial vehicles, and Mercedes, BMW and Ford for cars. An SMMT study has recently shown that the Chinese are not serious competition in electric cars in the near term. Only a few hundred Prius cars, the world's best selling hybrid, sell yearly in China so far.

With over-engineering of traction batteries for safety reasons being common practice, according to the conference speakers, it is interesting that the electronics is now a major part of the cost. These is scope for printing both battery parts and electronics to reduce size and cost and improve performance. For example, Sharp Laboratories of America is involved in this.

There is some trend to battery packs operating at higher voltages - sometimes hundreds of volts - because increasing voltage reduces the cost and complexity of the electronics as well as the rest of the battery pack. Unfortunately the second generation batteries that are inherently chemically safe against runaway heating can have lower cell voltages.

There is still a lot of legacy thinking with electric cars. For example, most players assume that a smaller internal combustion engine should be used as a range extender because these engines are what you see in ordinary cars. However, mini gas turbines and energy harvesters have a claim. It is assumed that batteries are rectangular lumps of material because that is what old car batteries look like. Manufacturers therefore agonise about the uneven and excessive heating caused by this geometry, the inelegant use of water and air cooling that it necessitates and the search for big enough cavities in the vehicle.

IDTechEx therefore suggested that the ideal traction battery is tape with many side tabs. This could be duplicated around the car to power various things such as motors in wheels and lighting: indeed Fiat is working on autonomous car lights using photovoltaic harvesting combined with tiny batteries. An expert present agreed with this. IDTechEx notes that T-ink is making multilayer, printed, conductive patterning a replacement for ceiling-located car control units, saving space, cost and weight and there is work on putting conformal, transparent, photovoltaic film over the whole surface of a car. Indeed, we have transparent flexible laminar electronics coming along thanks to Fraunhofer ISC, the University of Cambridge and others. Transparent organic photovoltaics being developed by Korea Institute of Materials Science, the Institute of Materials Research and Engineering Singapore, CSIRO Australia and Dyesol Australia needs better barrier layers for longer life but these are being developed by DELO Industrial Adhesives Germany, Huntsman Advanced Materials Switzerland, 3M Display and Graphics Business Lab USA and others presenting at Printed Electronics Europe in April. Time for batteries to shed the past as well? If the whole of the internal surface of a car was a battery its even warmth could assist in climate control and there are many other important advantages possible including lighter weight and certainly releasing more space. It is interesting that Planar Energy Devices, set up in the USA to make laminar batteries, is now targeting traction.
Top image source: Autoworld
For more read : Energy Harvesting and Storage for Electronic Devices 2009-2019
Electric Vehicles 2010-2020
Car Traction Batteries - the New Gold Rush 2010-2020
Hybrid and Pure Electric Cars
and attend Energy Harvesting & Storage Europe and Wireless Sensor Networks & RTLS Summit 2010