With a multitude of topics covered in the different conference tracks, the photovoltaics sessions attracted significant amount of interest. The main reason is the growth of photovoltaics technologies and thin film platforms, but also the interest of a large number of solar cell developers in discovering new applications, other than rooftop and solar farm installations which have, by now, become highly competitive.
At the keynote sessions Total SA and ST Ericsson expressed their keen interest in solar cells. Total is backing several PV technology developers with a great interest in organic photovoltaics, which seem to be the easiest technologies to manufacture on a roll to roll, low cost basis. The surge in performance of organic technologies in the past couple of years has definitely lead to increased support and hopes that in the next decade, organic PV will be much more widespread, addressing needs in a wide range of applications.
Companies like Ascent Solar and Konarka are already developing solar cells with a view to discovering new applications for their technology. Both companies work on flexible substrates which allow them to look at innovative ways of using solar cells.
Konarka's technology has now been incorporated into Neuber's sun bags, one of the end users of PV cells that presented at the conference, citing the sales of approximately 5,000 sun bags a month. 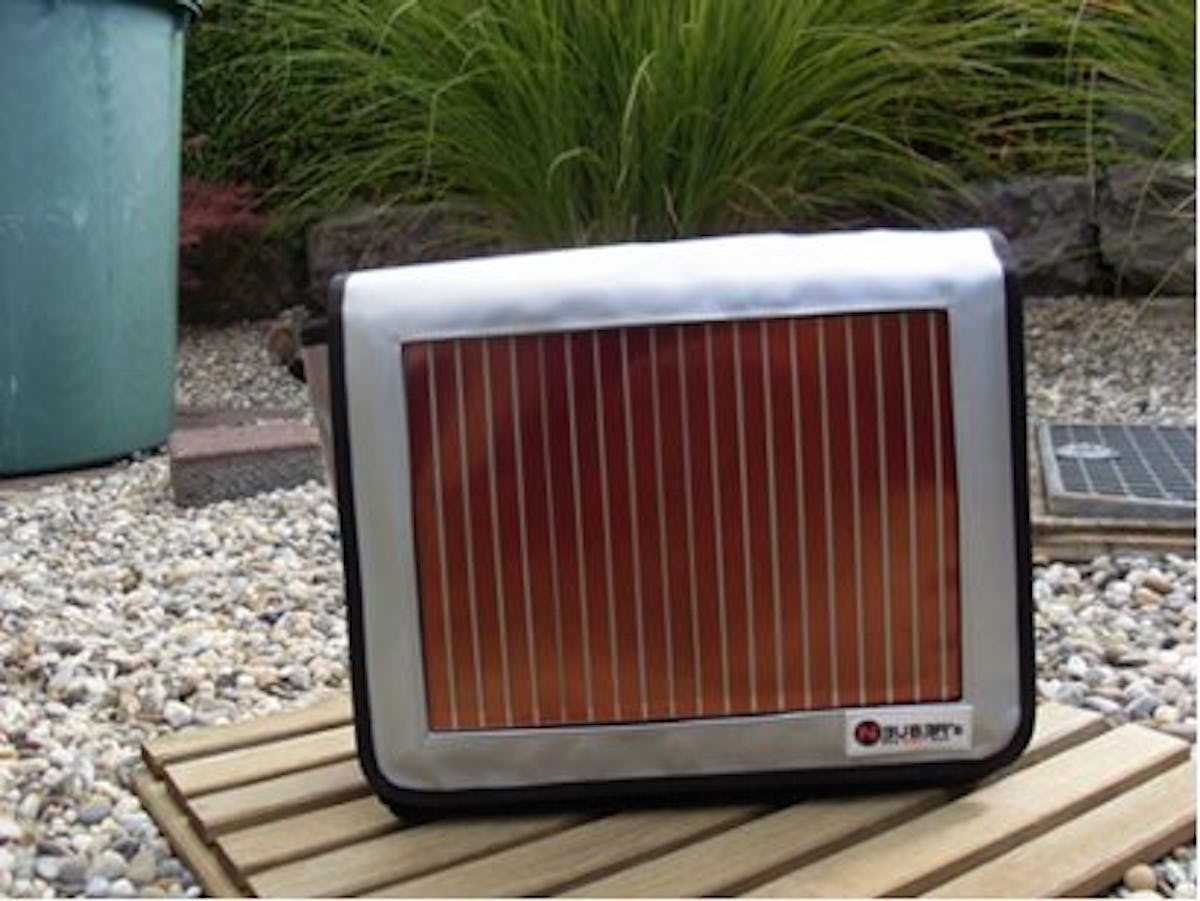 Source: Neuber's
Ascent Solar's Dan Tomlinson on the other hand spoke about moving away from the "blue square" approach towards solar, that limits integration and design options. According to Dan, solar doesn't have to be a blue, square, rigid, heavy piece of silicon, and Ascent's effort to enable a new wave of solar solutions is making that a reality.
Applications for consumer applications, building integrated, defense applications and transportation solutions are the target markets for Ascent, who has by now reached an efficiency of 10.4% certified by NREL, in commercial production with its monolithically integrated module.

Source: Ascent Solar
Q-mo Solar, a new company established in 2009 is following a similar approach of encompassing a variety of applications, aiming to make available rigid and flexible versions, all-black versions, miniature, ultra flat and indoor versions too for consumer as well as industrial applications. Dr Oliver Lang, one of the founders of the company, said at the conference that after approximately 5 years of research and design efforts, the company has market ready innovative production technologies for high efficiency solar cells on new substrate materials, using novel assembly, contacting and encapsulation solutions.
Dr Karsten Otte, CEO of Solarion also spoke of CIGS deposited on plastic substrates, and focused on issues relating to roll to roll manufacturing of these devices, as well as the different ways of building up the different active, passive and encapsulation layers of the device. The company has achieved efficiencies of over 14%, by depositing active layers through a proprietary ion beam process on polymer substrates, with resulting modules that are very flexible and light.
Dr Murat Okandan continued on the same track of providing innovative ways of looking at solar cells: He's developing "glitter sized" photovoltaics" at Sandia National Laboratory in the USA, with the view of using them along with a concentrator film in applications where miniaturization is essential. The tiny cells are fabricated out of crystalline silicon using MEMS techniques and allow developers to envisage novel uses such as wrapping unusual shapes and surfaces (e.g. clothing) in solar cells, turning them into energy harvesters. 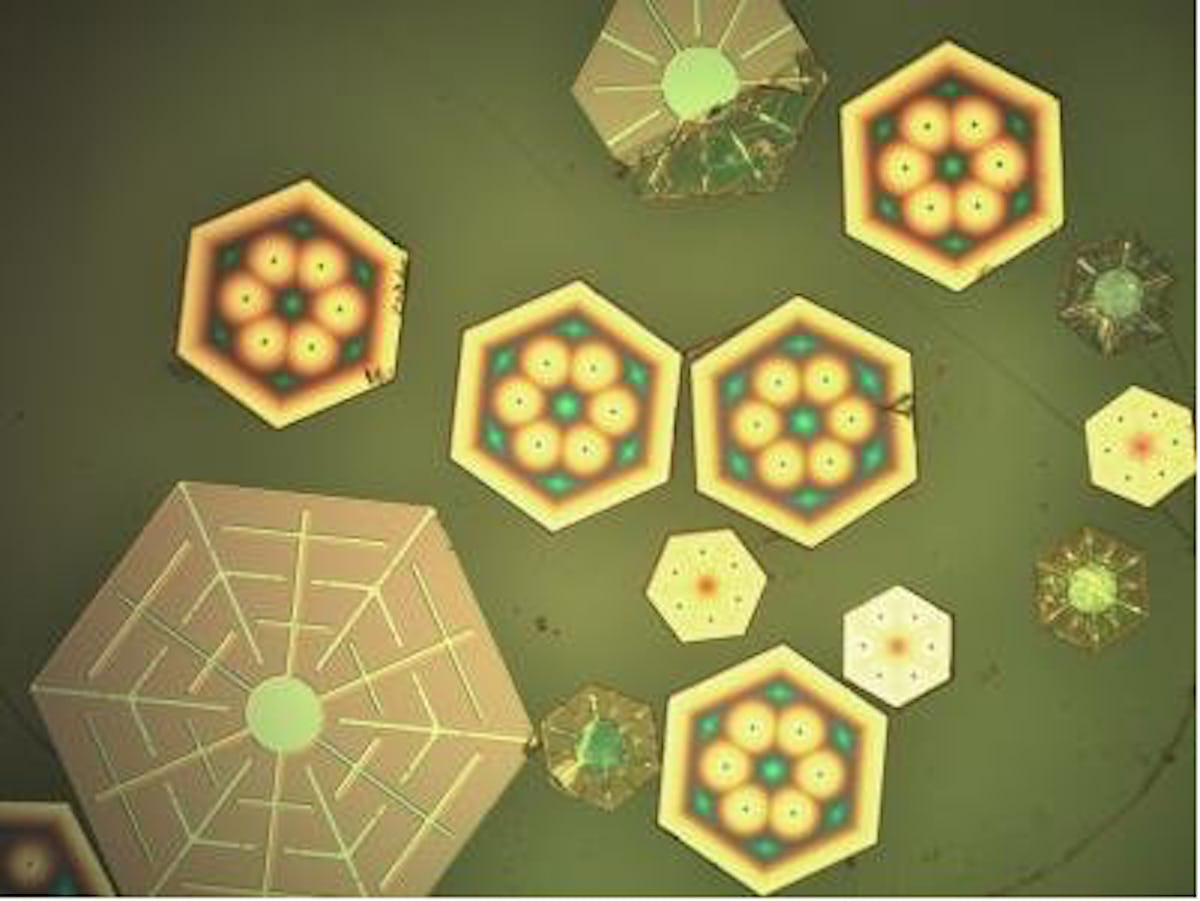 Source: Sandia National Laboratory
On the field of organic photovoltaics and dye sensitized solar cells (DSSCs), progress continues to be made both in academic research and in industrialization efforts.
Presentations came from all over the world: Konkuk University in Korea, CSIRO in Australia, Universitat Jaume in Spain, outlining directions that research in these novel photovoltaic technologies are following.
In the commercialization front, Keith Brooks of Dyesol focused on the challenges the company has faced in their bid to make DSSCs widely available: the main topics of interest for Dyesol remain the increase in lifetime and efficiency that will lead to improved performance and a much more competitive final product.
For more attend Printed Electronics & Photovoltaics USA 2010 .