As the interest in electronic paper technologies continues some of the major developers where present in the exhibition.
E Ink was displaying both current products as well as the ones under development, focusing on flexible form factor and colour electrophoretic displays. Liquavista similarly displayed their electrowetting technology under development, while the MEMS based technology of Qualcomm's Mirasol attracted a lot of attention also, together with the announcement that a product is anticipated by the end of the year using the company's colour, low-power, reflective display.

The interest in touchscreen technologies was readily apparent with several presentations on the topic from major developers during the seminar but also a large amount of touchscreen developers in the exhibition hall, all of them of all technologies and sizes.
Tyco Electronics ELO division and 3M were two of the bigger developers of touchscreens. 3M demonstrated on their booth the development of their touch technology capable of multi-touch and recognition of 20 discreet touches. Current price point for the touch panel is still high and is aimed for professional consumers where price sensitivity is not as much of an issue. The company is hoping to achieve further penetration and lower costs as the technology becomes more desirable by mobile device manufacturers (initially targeting applications for 14''-17'' displays).

Steve Bathiche mentioned in his keynote presentation, on the first day of the symposium, the use of a transparent OLED display developed by Samsung. The display was utilized as part of the hardware being developed in order to achieve more immersive experience and interactivity.
Transparent OLEDs seemed to be quite popular as not only Samsung is developing them. Samsung's device is a 14.1'' driven by an LTPS backplane and 38% transmission achieved. One of the main challenges was to develop the necessary highly transparent cathode, and optimization of its transmission was achieved through studying different levels of Ag doping. Higher levels of Ag in the cathode led to higher luminance from the device.
AUO also developed a transparent AMOLED, an inverted one2.4'' diagonal. It is driven by an IGZO backplane and transparency of 45% was achieved. It was also shown to be transparent enough with a touchscreen integrated on it.

Displays in the exhibition

Samsung did not display its transparent OLED in the exhibition, but showcased it's transparent 46'' LCD instead along with a 40'' holographic display and both seemed to attract the highest amount of traffic in the company's booth. 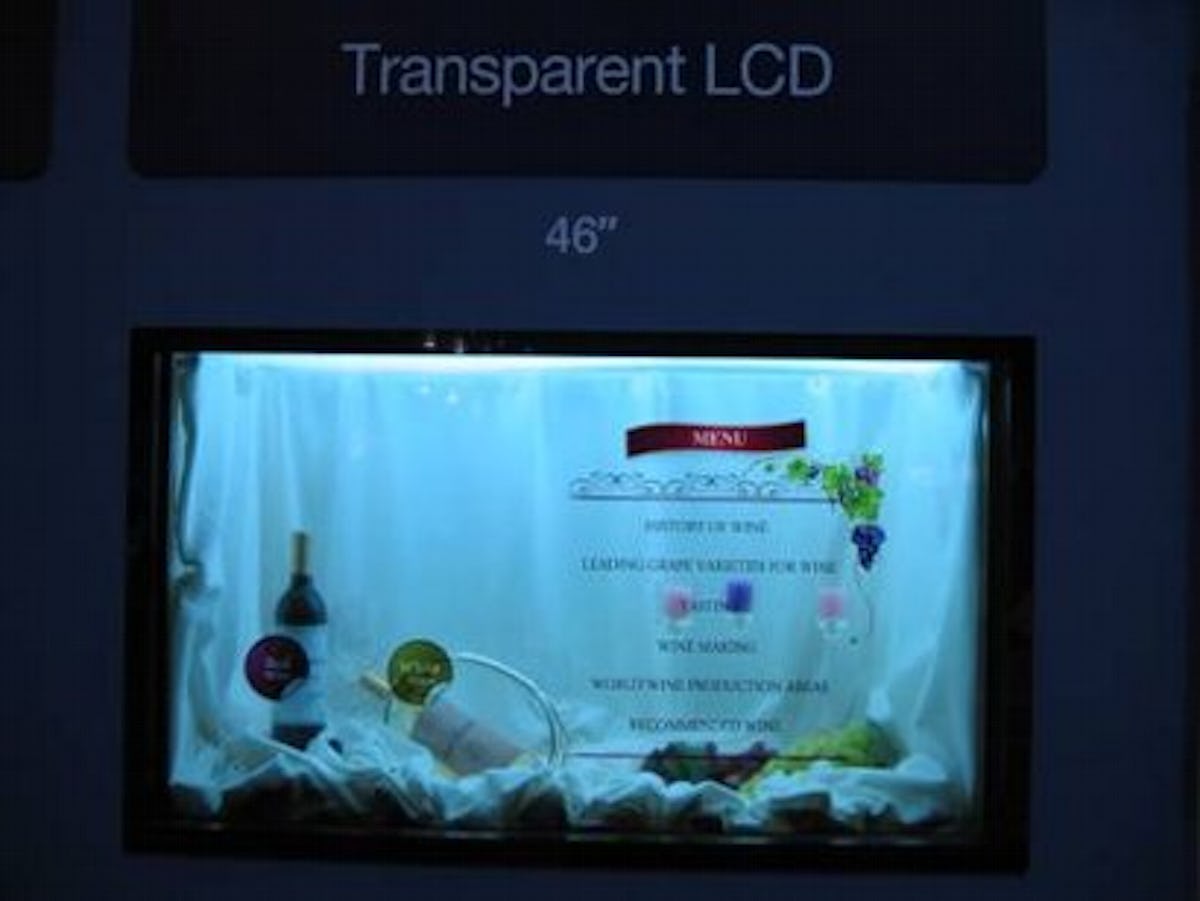 LG on the other hand presented their 15'' RGBW OLED (331x186mm) using their newly developed colour filters. The device achieved a lifetime of over 30,000 and was driven by a p-Si backplane, manufactured with LG's advanced SPC (solid phase crystallization) technology, which is utilized by the company for the mass production of their panels. 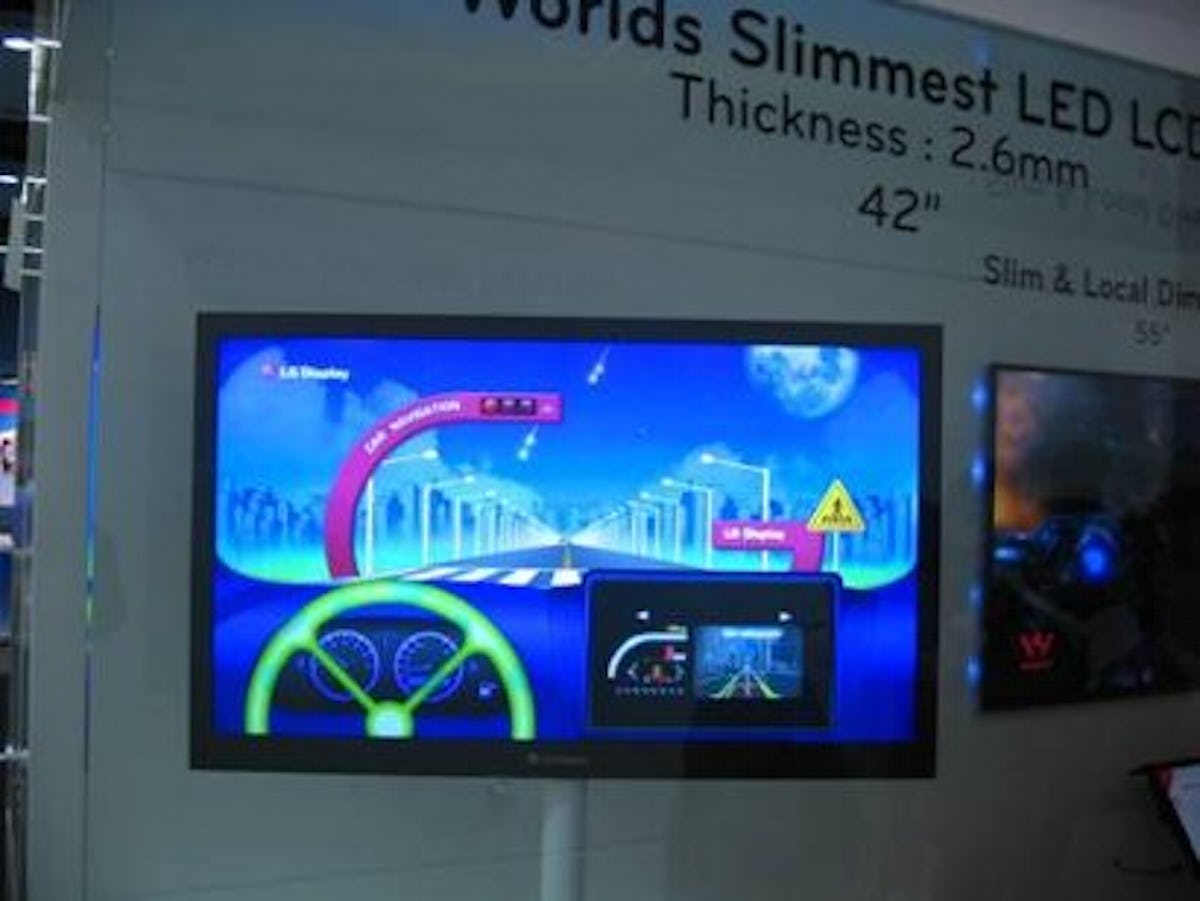 AT LG's booth, highlights included the 15'' OLED display that is already available for sale, as well as the thinnest LCD display made, a 42'' panel with a thickness of only 2.6mm.
For more attend: Printed Electronics USA 2010.